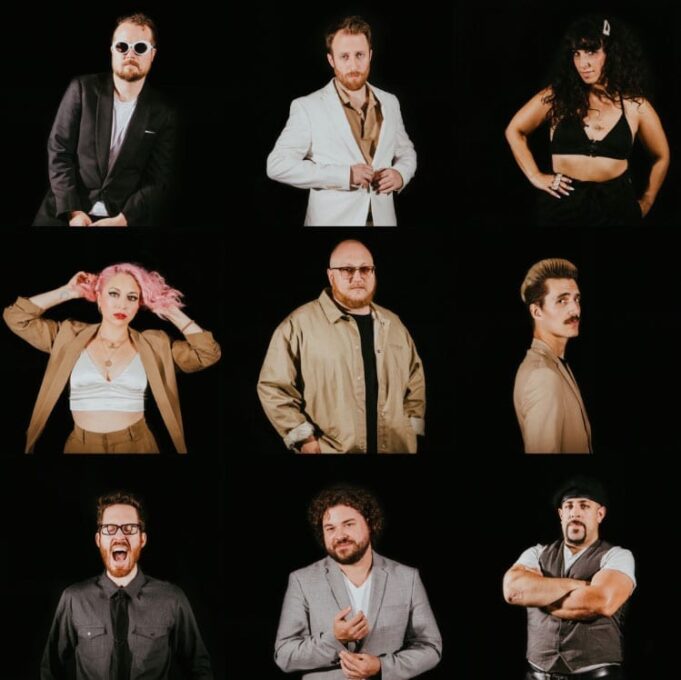 In anticipation of their new era, Turkuaz has shed their rainbow of color as they prepare to enter Kuadrochrome, the title of their new EP due out November 22nd. In support of the new release, the band has added additional tour dates for early 2020, with all upcoming dates branded as part of the Kuadrochrome Tour.

“As autumn continues to set in, the change around us is impossible to ignore,” Turkuaz frontman, Dave Brandwein, shared in a statement. “As with all aspects of life, nothing ever stays the same. Things come and go, and change itself is the only thing we can all count on. For the past five years, Turkuaz has been on a colorful journey all across the U.S. and more recently, around the world. But the time has come to move on to a new era.”

What the band dubs a “visual palate cleanser” ushers in an epoch of black, white, grey and tan. Turkuaz is excited to keep things fresh, for both themselves and the fans, as they look forward into the future.

“The band is more collaborative than ever before and seeks to unite our energy in a different way,” Brandwein added on the change. “The four tone scheme with chrome accents sets the mood for an era harkening back to the funk and soul that the band’s music was born out of.”

As many fans are already aware, the “colors” age is now forever encapsulated in the band’s feature concert film, None’s a Ton, slated for wide release sometime this winter. The film showcases how the nine monochromatic band members each individually brought their own style, talent and presence to the Turkuaz stage as the band moves towards an era of more cohesion and collaboration.

This is the first of many exciting announcements to come out of the Turkuaz camp in the months to follow.