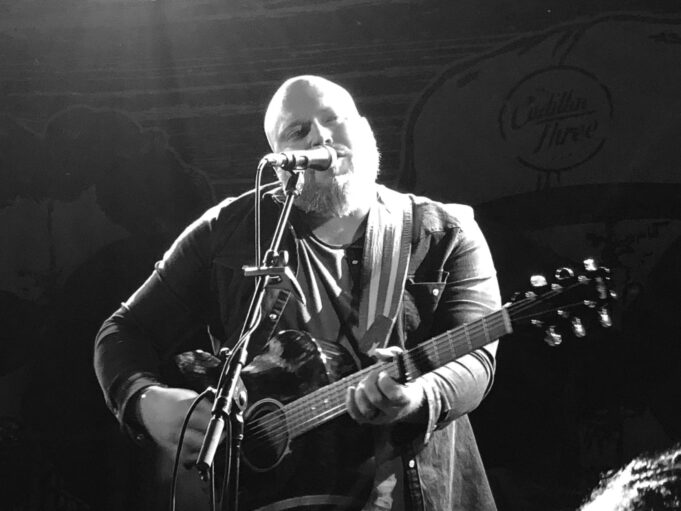 Country/blues artist and former contestant on The Voice, Austin Jenckes’ popularity continues to grow having performed at The Grand Ole Opry more than once. He has also opened for Brothers Osbourne. Now, he can add to that list of musical highlights the opportunity to open for The Cadillac Three.

His short yet strong set at the Troubadour in Los Angeles, CA on November 1 won him even more fans. The attentive audience seemed truly taken by his heartfelt and sincere performance. It wouldn’t be an exaggeration to say the Duvall, Washington-native didn’t sing a false note. He came across honest and very relatable. Jenckes’ raw, vulnerable emotional vocals were powerful and moving without being gimmicky to milk a dramatic moment or arch in a song. He just let each number play out naturally with genuine emotions attached to all without trying to strain for a succession of big moments.

The directness and intimacy of his thoughtful set is what gave the stand-out performance its strength, meaning and substance. Jenckes has released two albums: If You Grew Up Like I Did and American Story. He played material from both including “Fat Kid,” a collaboration with Lori McKenna on record, which is based on his experience growing up being made fun of by classmates for size.

It’s been said that ‘Fat Kid’ has become his anthem and Jenckes’ voice is representative of outcasts in country music. Eschewing partying songs, Austin Jenckes seems to value and place a premium more on personal relationships than the status quo of bromance and machismo in this genre.