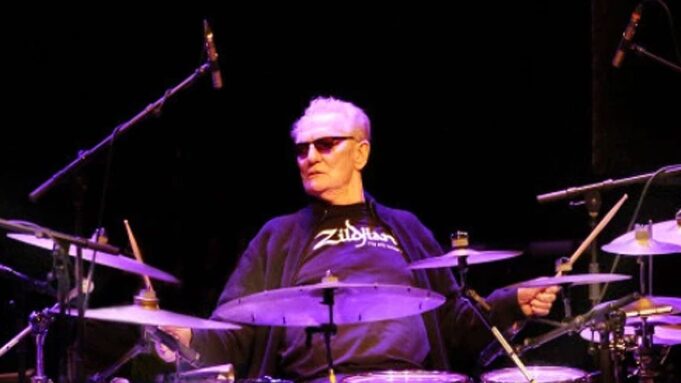 Midday on Wednesday, September 25, 2019, the family of iconic drummer Ginger Baker, co-founder of the rock band Cream, took to social media and tweeted from his official Twitter page: “The Baker family are sad to announce that Ginger is critically ill in the hospital. Please keep him in your prayers tonight.”

Since 2013, Ginger suffered with several chronic health challenges, including osteoarthritis, a degenerative condition resulting in the degeneration of joint cartilage and underlying bones which caused intense pain in addition to COPD which was caused by smoking. Just three years later in the Spring of 2016, he had a fall which resulted in the cancellation of scheduled shows with his band, Air Force 3, and in July of 2016, he was then diagnosed with coronary artery disease that resulted in open-heart surgery.

On August 19, 2019, Ginger Baker celebrated his 80th Birthday. In 2016, Baker was named #3 on the Rolling Stone’s listing of 100 Greatest drummers of all time. He was well known as the co-founder of the rock band “Cream” in 1966 along with Eric Clapton and Jack Bruce. Cream existed for two years from 1966 and 1968, and during that short time had released 4 albums.

After the demise of Cream, Baker went on to form the British supergroup Blind Faith at the end of 1968 along with Steve Winwood, Eric Clapton and multi-instrumentalist Ric Grech. The band disbanded in 1969 – it was short lived. In 1970, he formed Airforce 70 which included Steve Winwood, Ric Grech and others. The band was active 1969-1971 and 2015 – present.

Often imitated but never duplicated, Mr. Baker will go down in history as one of best iconic drummers that ever lived.