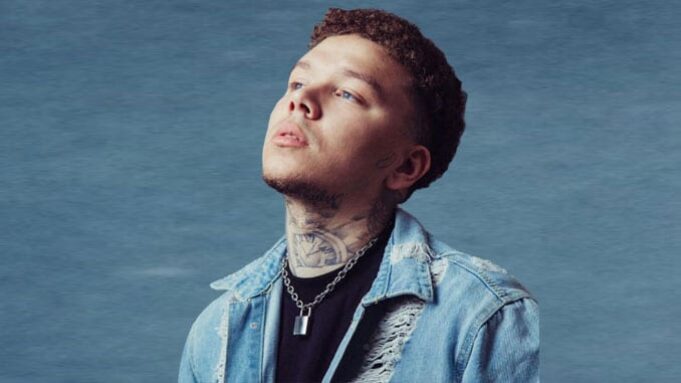 Phora performs at two sold-out shows at The Roxy, September 11 & 12 by Harriet Kaplan

The excitement in the air was palatable as concertgoers anxiously waited for Phora to take the stage. His primarily millennial and Generation Z audience dressed in T-shirts, pants and hoodies from Phora’s very successful clothing brand Yours Truly. The most remarkable and impressive thing about Phora is his intimate, personal connection to his passionate fans. They knew the words to every song he sung and sang along back on every number. Not only touching them musically and lyrically, Phora physically reached to out to shake the sea of outreached hands to get closer and further break down the barrier between the MC and his fans.

The young charismatic artist from Anaheim, CA, has drawn on his pain and transformed it into something positive and uplifting without diluting the gritty and realistic backdrop of his autobiographical messages. True life themes explore love, loss, happiness, grief and struggles with mental health.

The hard-hitting material Phora has written was inspired by nearly losing his life in a stabbing and two separate shootings. His songs are very relatable, and for the most part, well-crafted and delivered with moving emotion-soaked vocals. Though, there was some redundancy in the material as a few songs sounded very similar to others. Overall, the power and dynamism of the performance and strong stage presence of Phora was enough to overcome some of those shortcomings in a live setting.

Initially, though, the show lagged with two brief sets by the opening acts: Samaria and Ollie. They worked hard and gave it their all to pump up the crowd for Phora. The audience showed interest and enthusiasm for the singer and rapper but the material sounded more generic and not as distinctive to Phora in comparison. Touring in support of his eight album, Bury With Dead Roses, this exciting show featured songs in concert like “Where Did We Go Wrong” and “Sinner.” There were several candles placed around the stage and dead roses scattered about the show floor. Some were wrapped around the mic stand. All created a dramatic and stark atmosphere to showcase, compliment and juxtapose the music and lyrics of an rising star with an emerging, original voice.

Where Did We Go Wrong

Stuck in My Ways

I Still Love You

To the Moon / I Think I Love You