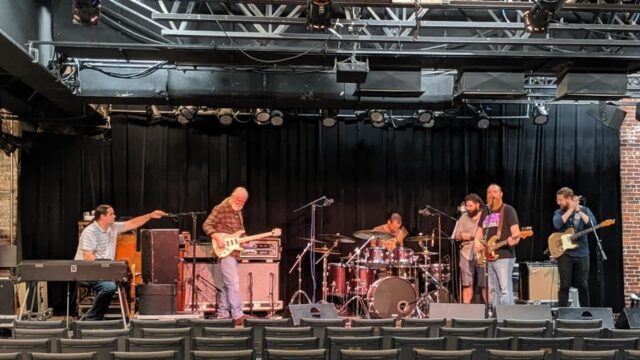 The Center for Arts, Natick MA

Photos and video by Jennifer Simon

Legendary guitarist Jimmy Herring graced the stage at TCAN for a two-night sold out run in Natick, MA. No stranger to the jamband music scene, his pedigree is hardly to be trifled with: he got his start with Colonel Bruce Hampton and the Aquarium Rescue Unit. Then he formed the band Jazz is Dead (which is exactly what it sounds like.) He did time in Phil Lesh and Friends, then was hired as a guitar player for one run with The Dead, then did time as the lead guitarist for the Allman Brothers Band for a while, and for the last 5-10 years has been the lead guitar player for Widespread Panic.

This time around, his new band the 5 of 7 features Jimmy along with bassist Kevin Scott, drummer Darren Stanley, keyboardist Matt Slocum, and vocalist/guitarist Rick Lollar. The two nights they performed at TCAN featured identical setlists, moving from funk to R&B to even a splash of metal to keep things interesting.

The set featured lots of long-riffing keyboard solos between Matt Slocum and Jimmy.

I liked the Steely Dan-style vocals from Rick Lollar.  “Former Lives” is a good example of this.

The band lived up to Jimmy’s reputation for long shows- sure seemed like a nice guy, sharing the stage with his fellow musicians during the long, slow, funk and R&B jams. 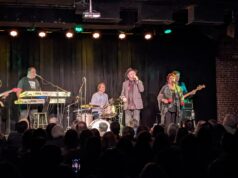