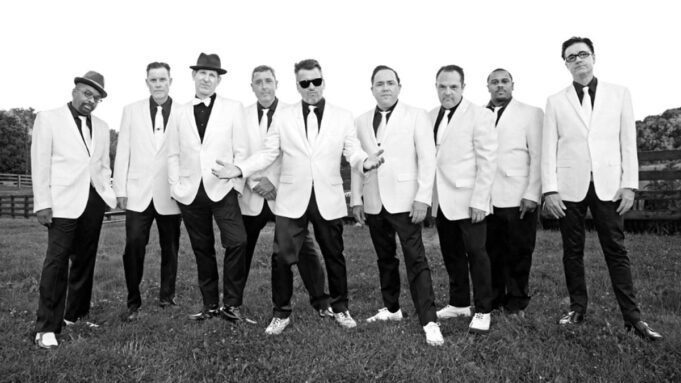 The Mighty Mighty BossToneS announce that their 22nd HomeTown ThrowDown will take place December 27, 28, and 29 at House of Blues located at 15 Landsdowne Street, in Boston, MA. Tickets are $25 and will go on sale Friday, September 27, at 10am EST. All shows are all ages with general admission seating. Doors open at 7pm and shows begin at 8pm. Opening bands will be announced shortly.

“I’m giving my word,” said BossToneS front-man Dicky Barrett, “and a full guarantee to one and to all that HomeTown ThrowDown 22 “It’s A Plaid, Plaid, Plaid, Plaid World” will be the type of punk rock holiday event that the great city of Boston has come to expect from me and my Mighty Mighty cohort.”

About The Mighty Mighty BossToneS

The Mighty Mighty BossToneS became the ambassadors of the 90s ska explosion by forging new territory and being one of the first, if not the first to cross high-energy ska with hardcore punk. Over a 30-year career Boston’s best dressed band has built and continue to build a devoted following with their unique brass-infused brand of punk rock.

While We’re At It (2018, Big Rig Records), released in June 2018, was the BossTones’ first studio album in nearly ten years. Produced by Tim Hutt, Barrett describes the collection as “angrier than expected. It’s an honest record. In this climate I can’t just say, ‘Hey, let’s all be cheerful and put on our ska shoes.’” Barrett went on to explain how the current climate in politics is a driving force behind its poignant and at times, heated sound: “It feels like unhinged hatred. And the wheels are coming off, but not fast enough for me. For me the whole thing is just lies on top of hatred on top of really stupid thinking. So yes, all that is going to get into the music. It has to.”