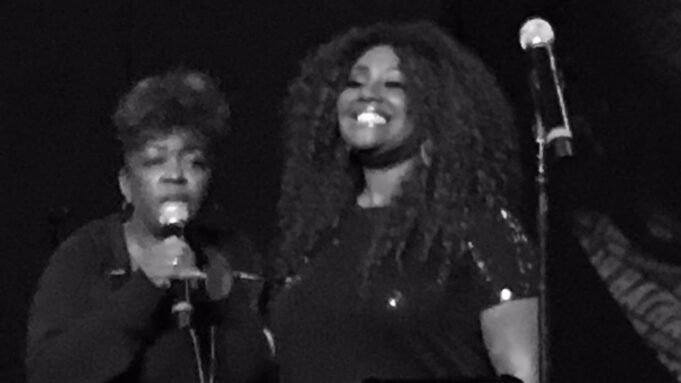 Future x Sounds LA was a success at bringing different musical talents to the stage and showcasing their creative work. Performance wise, the two-hour plus seemed to lag and suffer from poor pacing at the John Anson Ford Theater in Hollywood, CA on August 31st.

Gwen Bunn, Justus West and Anna Wise have impressive credentials. Each act, in addition to their individual careers, have worked in the music industry with name artists and bands all of which have received both commercial and critical acclaim. Unfortunately, all that associated star power didn’t rub off on them creating an excitement and magnetic presence that could captive and hold an audience’s attention fully.

Collectively, their material wasn’t that strong or memorable, either. In fact, the venue remained half full until Lalah Hathaway, the incomparable headliner, soul and R&B singer/songwriter, daughter of the late and great (genius/musical prodigy) Donny Hathaway, co-curator and host of Future X Sounds, took the stage and brought the fire, passion and charisma the before-mentioned entertainers just lacked.

They also appeared less seasoned live. A number of concertgoers were seen leaving during portions of the show, maybe to get a drink or food, and stifled laughter holding a cupped hand near their mouths, at some of the say, more experimental musical interludes of the individual sets. It seemed as if the crowd tuned out and didn’t seem to connect to the newer artists music.

But, to be fair, it was clear tastes veered toward more traditional soul, R&B, rap and hip hop, too. When the amazing DJ Battlecat appeared, not just once, but twice to perform, he really had the pulse on what people wanted to hear and delivered consistently, never missing a beat. This was especially true for the many who were in a partying mood on a Saturday night. The audience was up on their feet constantly dancing. The animated and outgoing DJ spun classic songs across various genres and decades of music.

Another highlight of the show was the surprise appearance of the legendary R&B and soul singer/songwriter Anita Baker. The petite songstress had fans in the palm of her hand duetting with Hathaway on a few numbers which drove the audience in a frenzy rushing the stage to watch this epic live collaboration.

Despite the less satisfying and uneven performances, Future x Sounds LA did have its heart in the right place with the best of intentions. It’s described as “a series of events that provide established award-winning and socially-conscious artists with a unique creative opportunity to share their vision, elevate their peers, and celebrate their communities.” This particular event achieved that: a positive and uplifting space for the audience and artists to interact and exchange energies through the experience of music.