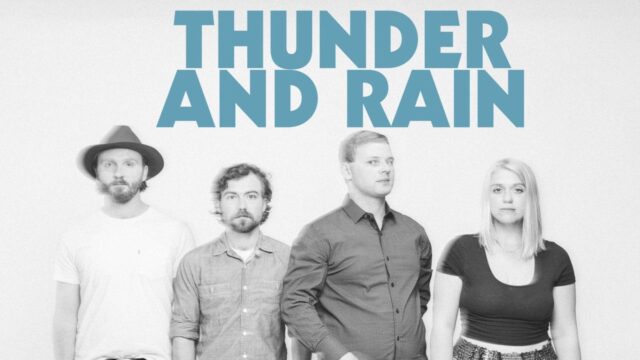 The country/bluegrass quartet has just successfully funded their third album Kickstarter, called Passing in the Night. They will head to the Midwest in the middle of September for a weeklong tour.

An angelic voice soars over a blanket of acoustic sound, living somewhere in between folk, country, bluegrass, and pop. The voice, belonging to band leader and songwriter Erinn Peet-Lukes, sings lyrics that speak honestly about matters of the heart. The songs, along with the highest level of musicianship from the rest of the band, have captured audiences young and old, internationally and across the USA. Thunder and Rain’s lush sound is brought to you by Ian Haegele on bass, Dylan McCarthy on mandolin, Allen Cooke on reso-guitar, and Peet-Lukes on guitar and vocals.

The band achieved viral fame two years ago when its cover of Guns N’ Roses’ “Sweet Child O’ Mine” racked up millions of views on YouTube. Since then, Thunder and Rain has become an internationally-touring phenom and darlings of their native Colorado music scene.

Musing on the growth of the band, the members had this to say:

On top of all that, the band just released its first single from the new album, called “House of Light.” Watch it below:

The band’s Kickstarter still has 1 day left- from stickers to a private house show, the tiers of donation prizes offer something for everyone! Find it all at this link. 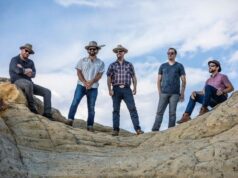 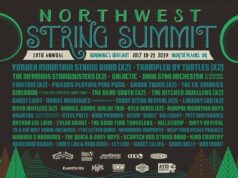