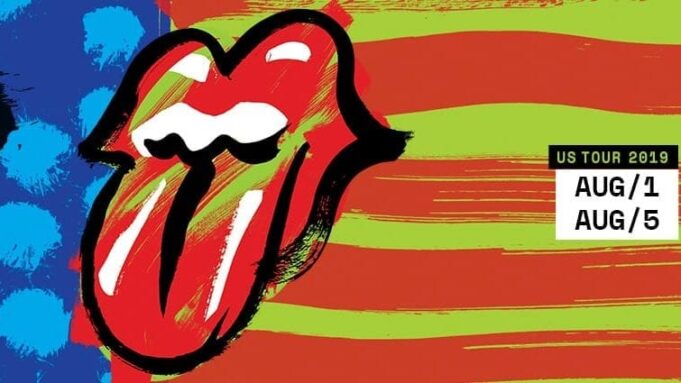 A Triumph for the Rolling Stones by Charles DeWeese

“Mick and them” is how Billy Gibbons of ZZ Top refers to The Rolling Stone according to Mike Crane. Billy said the pinnacle of his career was being inducted into the Rock and Roll Hall of Fame by Keith Richards. The Rolling Stones have been together since 1962. That is 57 years! It is more than seven times longer than the Beatles. This is the band for longevity more than any other band. There is so much history with this band, after seeing them live, I have just been reading history, listening to the records and watching the movie Gimme Shelter about Altamont, the December 6, 1969 concert festival that turned violent.

This is the band that for me was the band that was too big to see live. In 8th, Grade The Rolling Stones came to Hartford, CT on the Tattoo You Tour. I wanted to go but it was sold out. I therefore never did see the Stones until August 1, 2019 at MetLife Stadium in E. Rutherford, NJ. It became a bucket list thing. I’ve even have been collecting all their LPs for years. I met some Japanese fans of the Stones who followed them all over the world. They made me realize I need to see them.

Metlife Stadium, a beautiful new stadium built about 4 years ago for the NY Giants and NY Jets, it stands where the old Giants Stadium used to be. I have memories seeing the Grateful Dead at Giants Stadium 30 years ago on July 9, 1989. The stadium was spacious and nice. There was food being sold inside everywhere. The bathrooms were plenteous. It was planned out well. I never felt uncomfortable because of overcrowding.

Enter the Rolling Stones: They took the stage and played “Street Fighting Man.” They continued with classics; we heard “Let’s Spend the Night Together.” They had a portion of the show which is dedicated to a fan vote of what is to be played. I participated in the online vote. Guess what? The song I voted for won. They played “She’s A Rainbow.” They also had an acoustic set where they played “Dead Flowers” out the the middle of the floor. Ron Wood was playing slide acoustic guitar. Mick Jagger and Keith Richards also played acoustic guitar at the same time on “Sweet Virginia” and then “Dead Flowers.” It was acoustic Stones!

At one point Mick introduced Charlie Watts as Frank Sinatra’s favorite drummer. The band sounded musically dynamic. They sounded the best I ever heard them. Mick Jagger recently had heart surgery. He performed looking fit and healthy. The band was joyful. The show was an absolute triumph; they sounded great. It was a happy experience. The crowd loved it. It was a stark contrast to Altamont 50 years before.

Keith Richards and Ron Wood were fun to watch as they traded solos and played rhythm guitar and played off each other the way only the Stones do. A standout performance was near the end when Sasha Allen sang with Mick Jagger the song “Gimme Shelter.” Her voice is so beautiful and passionate. It was a peak performance. It really was the Stones at one of their mountaintop peaks. At the end of the show, the song “Satisfaction” from 1965, there was a fireworks show. I never saw that before after a show like that. This was professionally done.

Gimme Shelter
(I Can’t Get No) Satisfaction