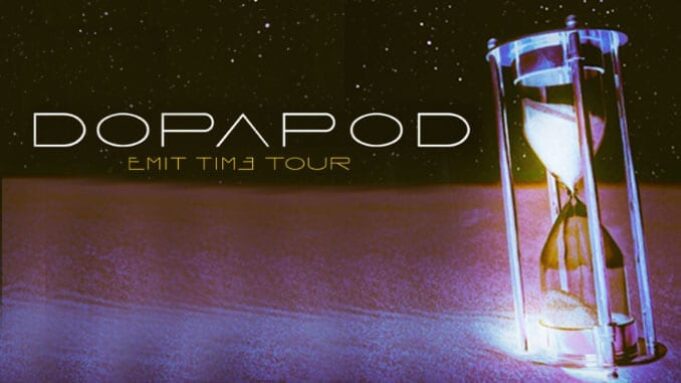 After taking a break from the road, Dopapod reunited in 2019 in full force with a career highlight show at the historic Capitol Theatre, and released Emit Time, a critically acclaimed new studio album which showcases the band’s technical prowess, unique musical style, and humor.

The nearly sold out show and album were so well received by their fanbase, and the chemistry between the band members were so poignant, that the band decided to release the reunion show as a live record – Live from the Capitol Theatre and follow up their Capitol Theatre show with three festival performances at Gardener’s Farm, Peach Music Festival, and The Werk Out.

Today, Dopapod has announced Emit Time tour showcasing some of the most talented musicians in the world by featuring international phenomenons Ghost-Note, Jojo Mayer / NERVE, paris_monster, and DOMi & JD Beck. The tour will make stops in Philadelphia, Chicago, Covington, two nights in Boston, Asheville, and Atlanta. Prior to today’s announcement, Dopapod only had one more festival on the books this summer at Resonance Music and Arts Festival, and only one headlining play at the Ogden Theatre in Denver with Octave Cat (+ a VIP event at Ophelia’s Electric Soapbox) this Fall, leaving their national fanbase clamouring for more shows.

Dopapod has also opened up the vaults to release over 100+ live recordings of performances from their catalog on nugs.net. Most recently they have started releasing video, starting with fan favorite FABA,  from their Capitol Theatre show filmed by MK Devo.

General on sale begins on Friday, August 9th at 10:00AM Local Time. Tickets can be purchased at Dopapod.com.