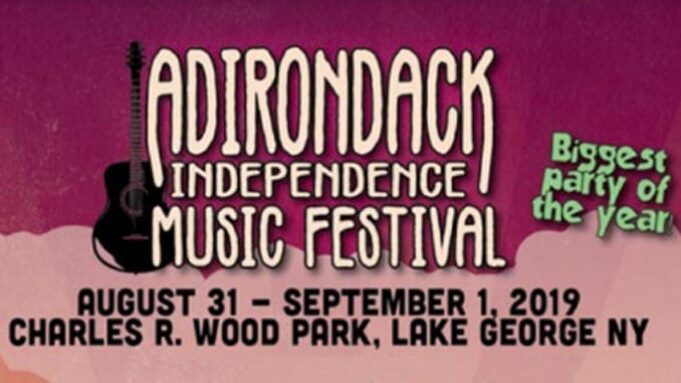 The 5th Annual Adirondack Independence Music festival returns to Lake George over Labor Day Weekend, once again taking place at the Charles R. Wood Festival Commons Saturday, August 31 and Sunday September 1. The two-day, multi-band event will feature several of the premiere touring bands currently on the festival circuit, including headliners Twiddle and Pigeons Playing Ping Pong, each of whom will perform two sets at this year’s festival.

With years of relentless touring under their belts, the Vermont-based, jam/rock band, Twiddle has built an impressive resume, spanning Red Rocks to Bonnaroo and multiple sellouts at historic venues including Port Chester, NY’s Capitol Theatre and Washington D.C.’s 9:30 club. The quartet has also twice celebrated New Year’s Eve in the Capital District with performances at the Palace Theatre in Albany, where they were joined by loyal fans from all over the country. Twiddle will perform 2 sets to close out Saturday night at the festival commons. As an added bonus for fans of the band, Twiddle’s Mihali Savoulidis and Zdenek Gubb will also perform a set on Sunday afternoon as “Gubbulidis & Friends,” which will be sure to feature a number of special guests.

Sunday’s headliner, Pigeons Playing Ping Pong, is one of the hottest bands in today’s jam scene, bringing end-of-the-world enthusiasm to their high-energy psychedelic funk. Their infectious electro-funk grooves, undeniable live energy, and contagious smiles have their rabid fanbase “the Flock” growing exponentially. Based out of Baltimore, MD, this animated quartet has been scorching up the country with their explosive performances and danceable peaks. 2019 has been another big year for the group, kicking it off with a string of sold-out shows on their spring tour, including shows at the 1,800-capacity Capitol Theater, and Albany’s Jupiter Hall, which sold out 3 weeks in advance. After teaming up with Twiddle for a show at Colorado’s Red Rocks in May, the band spent much of the summer performing at several of the nation’s top festivals, including standout performances at Levitate and The Peach Music Festival.

Rounding out the 2019 lineup are Kung Fu, Midnight North, Lucid, Hayley Jane & The Primates, People’s Blues of Richmond, Barika, Deadgrass, The Big Takeover, Hartley’s Encore and Rich Ortiz, as well as late night performances by The New Motif, Eggy, Funktional Flow and Annie in the Water.

As previously announced, the 2-day festival will feature continuous music across two alternating main stages at the festival commons from 11:30am – 11pm, with late-night sets taking place at King Neptune’s (just a short walk up the lake) until 3am. Admission to the late-night sets is free to festival attendees 21+. However, music at the festival commons is open to all ages, and families are encouraged to attend.

For those wishing to make a full weekend of it, there will also be a multi-venue festival kick-off party on Friday, August 30, featuring After Funk & Capital Zen at Shepard Park in downtown Lake George (6pm) followed by Floodwood at King Neptune’s (10:00pm). Both of the Friday shows are free and are open to the general public, as well as festival attendees.

Tickets to the festival are just $90 in advance for weekend tickets and $50 for day tickets and are currently on sale at www.eventbrite.com. There is also a special VIP option available, which includes admission to the festival, a buffet dinner, free snacks, half-priced adult beverages, $2 water / soft drinks, a private viewing area (with private bar) and access to private bathrooms.