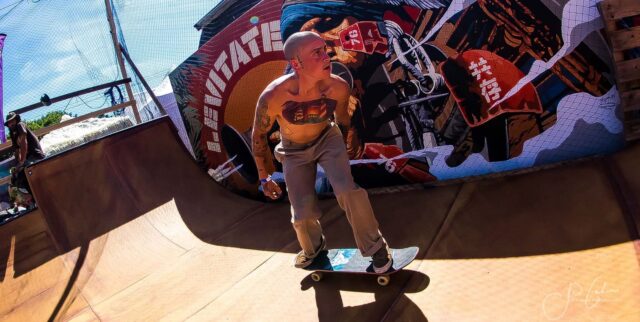 The Levitate Music festival enters its 7th year after starting in 2013 as a small 10-year anniversary celebration for the Marshfield surf and skate shop owned by Dan and JessHassett. Since 2013 the festival has grown substantially, now being recognized as one of the premiere jam band music festivals in the country.

In 2017 Levitate was nominated by PollstarMagazine as “Music Festival Of The Year”. While Levitate brings together some of the biggest bands in the jam band scene, the festival has retained much of its original spirit and the relaxed feel. In 2018 Levitate hosted 30,000 attendees over two days. This year due to growing demand, the organizers have added to the event and expect a bigger turnout.

Thirty Five food trucks and approximately 100 vendors and artists will be participating. In April Live Nation announced that they acquired an interest in the Levitate Music & Arts Festival and it will be interesting to see if their involvement will change the experience in any way for those in attendance.

This year’s lineup includes 27 national and local artists, including Tedeschi Trucks Band, Nathaniel Rateliff & The Nightsweats, and Damian “Jr. Gong” Marley, will be joined by StickFigure, Sublime with Rome, Michael Franti and Spearhead, SOJA, St. Paul & The Broken Bones, Ripe, The Wood Brothers, and many more. One of the highlights of this year’s lineup will be Joe Russo’s Almost Dead, a band that has never performed at Levitate but has been growing in popularity and supported by one of the most a rabid and devoted fan base.

Also performing for the first time will be two very local bands, the South Shore duo Surfliner and Not Today, a group of Hingham High School students. The 90s influenced Alternative Rock band, made up of Olivia, Tasman, Norwell’s Kris McCarthy, Hull’s Larkin Tanner, Marshfield’s Cam Igo and Scituate’s Fionn Pina Parker, met through the South Shore Conservatory in Hingham. They have been together for three years. Although they have played at clubs like the CNote in Hull and the famous Middle East in Cambridge, their performance at Levitate has to be a dream come true and is an incredible opportunity for the band to break through to a larger audience and gain greater exposure.

Not Today is up first on Saturday, July 13 and will hit the stage at 12:30 p.m. They will play a mix of the old album, covers, and a new album that will be released a few weeks before the festival. 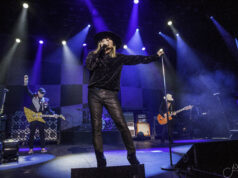 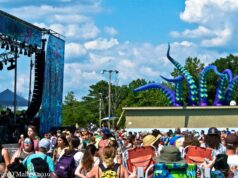 Marty’s Driving Range to host Badfish and Roots of Creation

John 5 and the Creatures