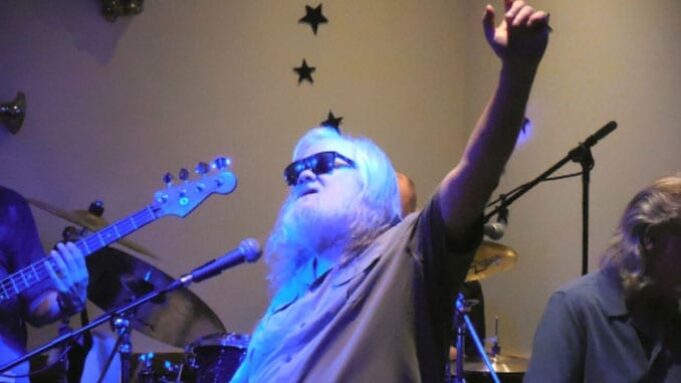 Our thoughts and prayers are with Johnny Neel, his family, friends, and our music community as he recovers from an apparent stroke as reported on his Facebook page earlier today (July 2, 2019). According to the post, “He is getting the best care right now and is doing well. He’s awake and talking. The doctors are running tests. Your prayers are much appreciated.” See the Update Below!

You may know the name Johnny Neel – He was formerly with the Allman Brothers Band (1989-1991). He co-wrote the Allman Brothers song “Good Clean Fun” with Gregg Allman and Dickey Betts in 1990. He is a Grammy Nominated Keyboardist, Singer/Songwriter, and a recipient of the Grammy Lifetime Achievement Award. Johnny is a musically gifted individual, born blind and recorded his first record at the age of 12.

He is a highly acclaimed B-3 organist, pianist, harmonica player and songwriter. He most recently performed 2 shows in NY in April 2019 with The Brothers and Sisters Reunion. Other recent shows this year included a performance in March with the Johnny Neel Band and in January on Southern Rock Cruise.

On July 3 a posting on the Johnny Neel facebook page declared,
“Hello all you beautiful Facebook prayer warriors! Keep it up! It’s working! Johnny is doing good today and his spirit is staying positive. He’s laughing and making the nurses laugh. He said he woke up and said hey, let’s go get some pizza but had to settle for applesauce. LOL. He’s still in ICU but they should be moving him to a regular room soon. Physical therapy started today but they needed more back up with this big bad boy, so they will start again tomorrow with a team of people. Again. Thank you so much for all the love, good vibes and prayers! Your love is keeping him going!”

Please join us in wishing him a full and speedy recovery.