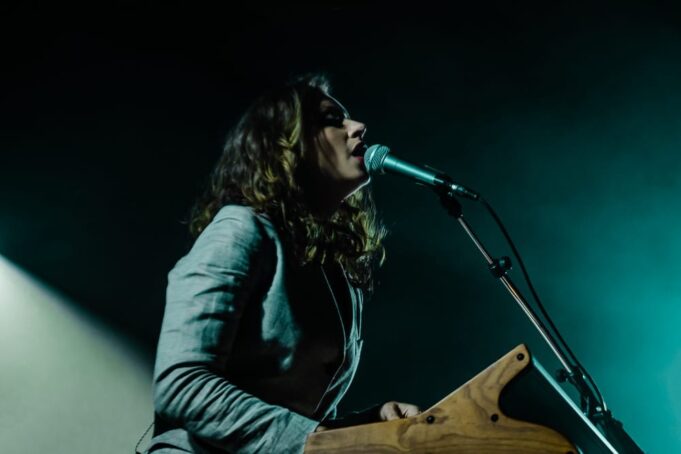 To begin the set they performed “Church,” a song from their first EP- Sanctuary-which was released in May. During the show, Aly told the crowd that the duo only makes music they are proud of, so it means a lot to them that people enjoy it and sing along. The ballroom was packed with adoring fans, and the room was filled with so much energy. Aly and AJ have effortless chemistry and play off of each other well.

In honor of Pride Month, they sang “Good Love,” a single released during Pride Month. In addition, a Trevor Project booth was set up at the concert. The organization supports LGBTQ+ youth in a number of different ways. In addition, Aly & AJ held a contest that if you signed a petition to help the Trevor Project, you could hang out with both of them backstage after the show.

As a throwback, Aly & AJ sang “Like Whoa,” a song they haven’t played in 12 years since it was released back in 2007. For the final song of the night, they sang “Rush,” which had the crowd singing and stomping along to the beat. They later returned to the stage for a four-song encore. They began with “Slow Burn,” a cover from Kacey Musgraves. Next was “No One,” the first song they ever wrote together back in 2005, then “Sanctuary” in honor of their EP. To end the night, they offered an amazing performance of their classic hit “Potential Breakup Song,” which electrified the crowd.

Aly & AJ appreciated the crowd and claimed it was one of the best of the tour. The night was definitely a success, and both Aly and AJ are incredibly talented and are still creating great music after 14 years of songwriting and collaborating together.