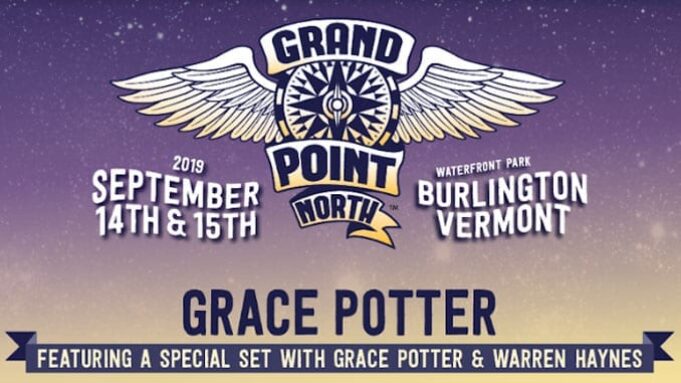 Grace Potter and Higher Ground Presents announced today that  Gov’t Mule has been added  to the lineup for the 2019 Grand Point North music festival, set to take place September 14th and 15th at Burlington, Vermont’s Waterfront Park.  In addition, Warren Haynes will join Potter to perform an acoustic set.  Single day tickets are now on sale for $64.  Two-day passes are available for just $84.

In addition, the daily lineups for Grand Point North, which features two stages of nationally-known artists alongside regional bands making their mark on the Burlington music scene, were also announced.

For the seventh consecutive year,  Grand Point North is  partnering with Seven Days, Vermont’s free, alternative newsweekly, to give fans a chance to choose a Vermont musician or band to kick off this year’s Grand Point North. Voting for that runs from July 15- 21.  All fans who vote will have the chance to win two weekend passes to this year’s festival.

Single-day passes are now on sale  for $64 and two day passes are available for $84 at grandpointnorth.com or, by phone at 802-652-0777 or in person at the Higher Ground Box Office, 1214 Williston Rd., S. Burlington.  Children 12 and under are free. Festival is rain or shine.  Lineup is subject to change.