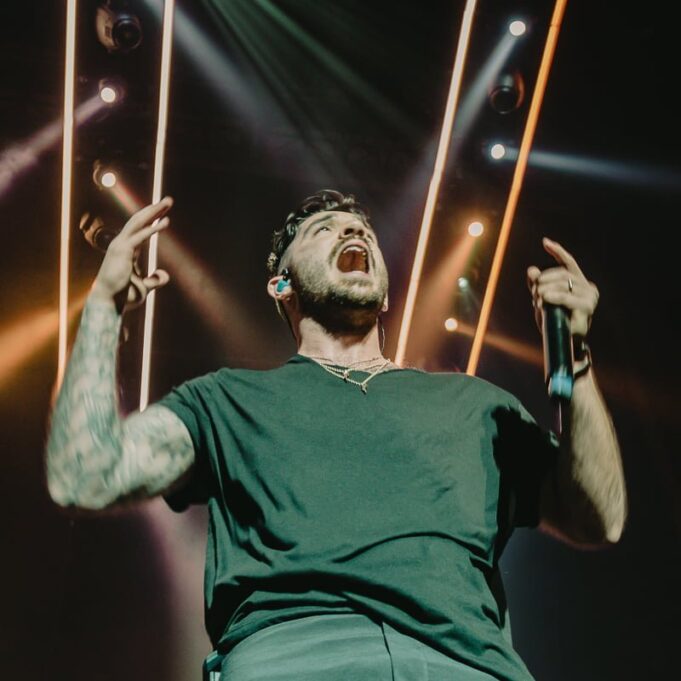 Jon kicked off the night with “JT” his second single from Glory Sound Prep which was released last October. After one of his songs, Jon stopped for a moment to talk to the crowd, which is something he says he usually never does. But because this was the “most lit crowd of the tour” he just had to.

While performing “The Internet,” Jon brought out Lawrence one of his opening acts for the tour. They are also the first group signed to Beautiful Mind Records, which is the label Jon created for artists to have the freedom and a safe space for creativity. He also invited the crowd to sing along if they knew the song, so everyone joined in.

Next, Jon shared a freestyle jam on stage with his huge band which consisted of bass, drums, two guitar players, backup singer, and three guys on the trumpets. At one point during the freestyle, Jon was making up a random beatbox and wanted to see if his band could match it.

After that Jon performed the crowd favorite “All Time Low” the first single from his debut album The Human Condition which was released in 2016, the song was a success as it went to #16 on the Billboard Hot 100 and was 3x Platinum.

For the final song of the night, he performed “Cautionary Tales” which is also from Glory Sound Prep. After, the crowd encouraged Jon to return to the stage. When Jon came back out for an encore, he sang “Good Things Fall Apart” a recent collab that DJ/Producer Illenium released in May of this year.

The night was a success with Jon’s captivating stage presence and a fantastic crowd. If you get the chance, I would recommend seeing Jon on his Glory Sound Prep Tour while you still have the chance.