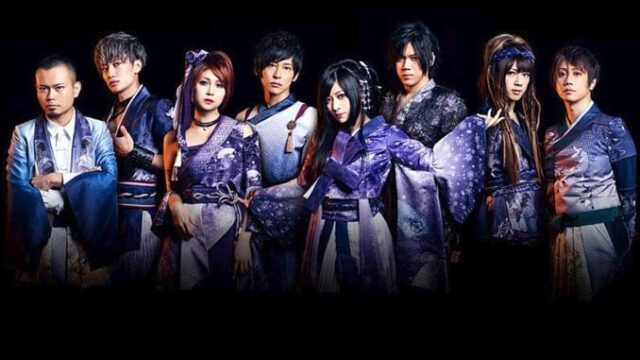 Explopring the J-Rock scene in NYC with The Wagakki Band, Misia, and Puffy AmiYumi. The three bands played at Central Park on May 12, 2019.

On May 12, despite it being a Sunday, the PlayStation Theater in New York City’s Sony Hall was packed. This was to no one’s surprise, as weeks earlier, it was announced that it would be the venue for the Japan Foundation’s Japan Night 2019. The lineup included HYDE, The Wagakki Band, Misia and Puffy AmiYumi. In this article we look at who these bands are and why they represent the best of Japanese music.

NYC is no stranger to hard rock and blues, so it is small wonder that the Japan Foundation chose HYDE to headline this night. Even if you haven’t heard of this J-rock legend before, you’ve probably already heard his work, as it featured in the groundbreaking Final Fantasy: The Spirits Within, as well as acclaimed anime shows Mobile Suit Gundam 00 and Great Teacher Onizuka. You’ve probably also heard at least one of his 300 songs, more than 60 of which made it to the top of the Japanese Billboard charts.

While HYDE is widely considered to be the current leading figure in J-rock, for many fans, it is The Wagakki Band who are actually the perfect representatives of the genre. This is due to their aggressive combination of rock and traditional Japanese musical instruments and techniques.

A guide to Japan by ExpatBets details how traditional culture is held in high regard in the country, as is “harmony and social conformity.” The Wagakki Band’s use of traditional instruments to create their unique brand of J-rock shows how the younger generations are, in fact, rebelling against this conformity in Japanese culture. They are certainly making an impact as their music video cover of Senbonzakura racked up over 100 million hits on YouTube.

Active since 1998, Misia has released 13 albums and 34 singles throughout her career. After two decades, she continues to be a driving force in Japanese RnB, pop, soul, and dance music. Anime fans will be familiar with her work on Mobile Suit Gundam: Iron-Blooded Orphans, Mononoke Shima no Naki, and King of Thorn. An absolutely ethereal presence in modern Asian soul music.

Highly technical and fun is one of the best ways to describe the sound of duo Puffy AmiYumi. Immortalized here in America through the Cartoon Network’s 2004 to 2006 hit show, Hi Hi Puffy AmiYumi, the duo’s pioneering contributions to J-pop rock has earned them a place as one of Japan’s top musical exports.

Formed in 1995 by the Sony Corporation, Puffy AmiYumi has been a success story from the start. Apart from playing the theme song from the said show, Puffy AmiYumi is also responsible for the Teen Titans, Naruto Shippūden: The Will of Fire, and Bunny Drop theme songs. The band regularly plays in the U.S., so expect to see them back soon.

If you missed this concert, don’t worry. The Japan Foundation has more than a few events booked for 2019. Check out their website and social media sites for more details. 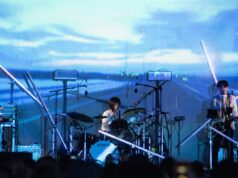