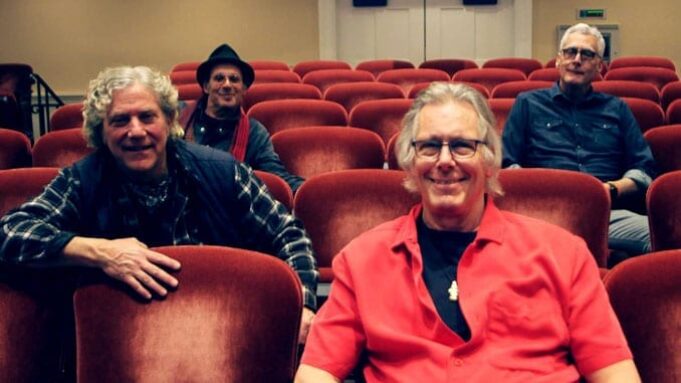 It was my pleasure to spend Saturday night, April 27th, enjoying Jon Pousette-Dart and his band on stage at the Natick Center for the Arts among a sold-out house.  Jon is a bit of a local favorite, having spent a chunk of his formative professional years living and playing in the Cambridge area.  To that end, he opened the evening with a bit of nostalgia with a song from his first album, (the 1975’s self-titled album) What Can I Say. This was followed by Words, which got the audience clapping along to the choruses.  He continued to cover the earlier parts of his career with Fall On Me, written in the late 1970’s while he was living in Rockport; the first song he ever wrote, Woman In My Dream; and Waiting Game, written for his father.

Balancing the old with the new was Better Everyday a new song, Come On Come On off his most recent 2015 album Talk, and Country Line, Talk’s final song.

Halo helped us all with our inner Jimmy Buffet, feeding the need for island living.  Most of Jon’s songs are of standard length, but we got a more Dead like jam during May You Dance, which garnered the first standing ovation of the night.  Hallelujah,the penultimate song of the set, also featured a nice long jam between Jon and guitarist, Jim Chapdelaine.  Let’s Talk About It featured bass player, Steve Roues, magically sliding between his standing bass and harmonica.

Jon did a nice job of keeping the audience focused and often playing tunes in sets of two.  He talked to the audience a bit about the origins of his music.  He and Jim Chapdelaine have a nice rapport on stage, with Jim seamlessly chatting any time Jon needed to tune his guitar or fiddle around with equipment.  It’s a minor thing, but a show can really come to a standstill if the lead obsessively re-tunes between each song and there’s no cover chatter.  I respect diligence, but constant between song twanging can kill the flow.  Jim was very comfortable on stage, mentioning that he asked the young lady handling lighting to use a special filter to make him look younger and soliciting the audience’s willingness to agree to its success.

Jon Pousette-Dart’s big news of the evening is that he has tracked down the rights to his older albums from Capitol onto their new owner at Universal, and will be reissuing his music on vinyl.  Proceeds are to go to charity to fight the slave trafficking of children.  He didn’t name the specific non-profit, but I look forward to the music and hearing about the charity’s work.

The final song of the set was Amnesia off of the 2015 album, Talk.  Jon and the band returned to stage for a 2-song encore with Blame It on Your (lyin’, cheatin’, lovin’) Heart and the crowd favorite Yaicha, written while he was living and playing in Cambridge.

Jon covering vocals and guitar (on his Hahn guitar) was joined on stage by Jim Chapdelain on guitar and vocals, Steve Roues on bass, and Eric Parker on drums.  Jim Chapdelaine also plays with the Shinolas and works a Sadowski Stratocaster.  Steven Roues on Bass is the newest member of the group and also plays with the Aztec 2 Step.  He and Jon have known each other since High School.  Eric Parker on drums has also played with Joe Cocker.

Encore:
Blame It on Your Heart
Yaicha