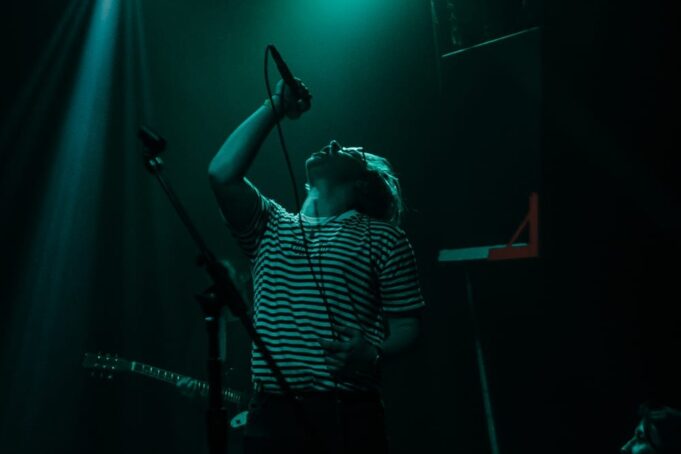 Performing live as a part of Noise Pop on March 01 2019 at the Rickshaw Stop in San Francisco, CA.

Words and Photos by Justine Willard

Noise Pop is a yearly San Francisco Bay Area music festival, which took place from February 25th through March 3rd. It showcased 36 artists and was held at 19 different venues throughout the Bay Area.

On Friday, March 1st, John Vincent III, Upsahl and Tommy Newport all performed at the Rickshaw Stop as part of the festival. John Vincent III started the night off and was excited to be performing in San Francisco for the first time. He accompanied himself on guitar as he played a well-known song, “Next To You,” which evoked a laid-back and mellow feeling.

Check out the full gallery of photos of this night here.

After John, Upsahl took the stage for the first time in San Francisco as well and really got the crowd pumped up. She played several songs off her upcoming EP, which has not been released yet. She also played some of her more recent singles like “Drugs” and “Can You Hear Me Now.” She played the guitar and was joined onstage by a drummer and a lead guitarist.

Tommy Newport was the final artist to take the stage. He began his set with “Just To Be Ironic,” a song from his debut album also titled Just To Be Ironic. He also performed two covers: “Electric Feel” and “Benny and the Jets.” Newport said he really enjoys performing covers and is a huge Elton John fan. He claimed that “Benny and the Jets” even inspired his song “Gold,” which can also be found on his debut album. He also introduced a new song called “L’ Amour,” and the crowd responded excitedly to the performance. To end his set, he shared a killer performance of “Mr. Angel,” a single he released last October.

Overall it was a fun night with good music, good drinks, and a great crowd. If you ever get the chance to check out any of these artists, I would recommend you catching their shows. If you are ever in San Francisco, definitely check out Rickshaw Stop, because they have amazing artists on their calendar all the time.

Check out the full gallery of photos of this night here.