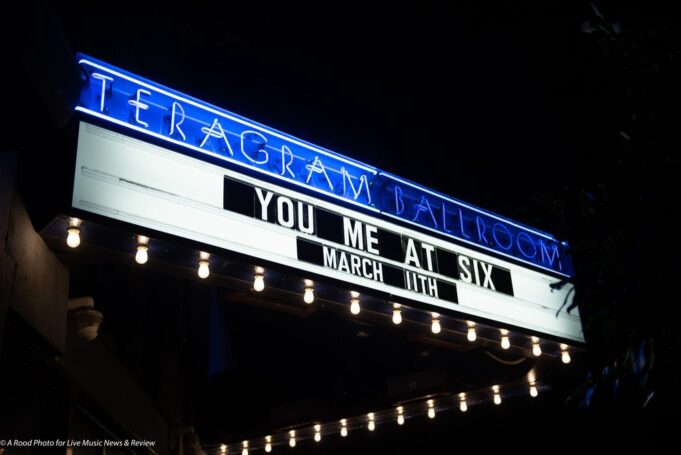 Performing live at the Teragram Ballroom in Los Angeles on March 11 2019.

by Stevo Rood and Donna Balancia

UK band You Me At Six wrapped their final show of the North America tour in Atlanta on Saturday, but not before putting on some compelling shows across the U.S.

Check out the full gallery of photos for this show by Stevo Rood here.

In the bands “Back Again” headlining tour, they performed at the Teragram Ballroom and shook the house. The U.S. tour began in Boston on Feb. 21 and wrapped in Atlanta on March 16.

The band is made up of Josh Franceschi, guitarists Chris Miller and Max Helyer, Matt Barnes on bass, and Dan Flint on drums. Their sixth studio album is called VI, which dropped last Oct. 5, 2018 via Underdog Records / AWAL.

Check out the full gallery of photos for this show by Stevo Rood here.