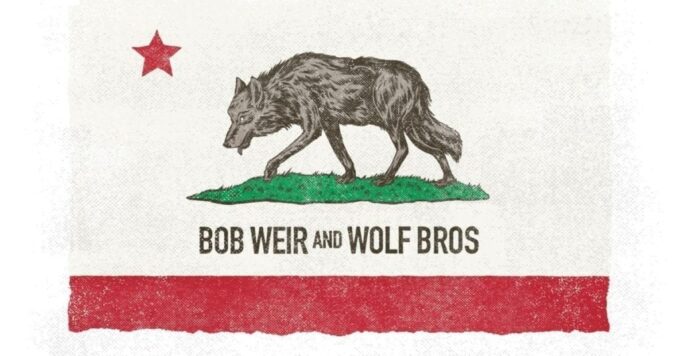 Tour dates across the country- Plus!! An Interview with Jay Lane.

Bob Weir’s latest touring vehicle is the trio, the Wolf Brothers which also features legendary bass player and producer Don Was and drummer Jay Lane (Ratdog, Furthur, Primus.) The band is set to cross the country starting on February 28 for the next month, with dates near and far.

Check out Rick Winfield’s review of the Wolf Brothers show in Reno in OCT 2018 here.

We were very lucky to catch up with the Jay Lane to talk about bands, drums, keeping in shape, and the changing touring landscape.

AN INTERVIEW WITH JAY LANE:

LMNR: This is your second tour for the Wolf Brothers- how is this band different from other projects you have done with Bob Weir?
JAY LANE: It’s a trio again so there’s lots of room for dynamics. Now, after the verses and chorus you actually get to hear Bob solo!

LMNR: Is there something about a trio format that is especially tricky or rewarding for you as a drummer?
JAY LANE: With only 3 people I feel I can affect the songs and improvisations more

LMNR: Is there anything in particular that is exciting you about this band that is new and different for this tour?
JAY LANE: It’s nice to be playing with Bob again – I didn’t think I would be.

LMNR: The relationship between drummer and bass player can be a very special thing of course- what has playing with Don Was been like for you as a drummer?
JAY LANE: He’s got a great feel and big ears – also very good at improvising

LMNR: His experience is extensive in the studio, do you feel that in his playing?
JAY LANE: Yes he knows how to play at Weir’s favorite quiet dynamic volume level.

LMNR: You have played drums for two icons in modern jam and rock- Bob Weir and Les Claypool- but the music for each of them could not be more different. What is it like for a drummer to change directions as severely as that between artists? Are there changes you make in equipment, mind set, or rudiments that are tied to these particular artists, and how is it different than you might play with other artists?
JAY LANE: Big drum set and lots of notes hard as you can verses small kit few notes as possible and quiet as possible (with the Wolf Brothers).

LMNR: You have been playing in lots of different bands lately, seemingly a different band each month. Is that challenging for you as a drummer?
JAY LANE: I like people. Music is second

LMNR: What do you do to prepare yourself for playing with a new artist? Or to return to playing with an artist you haven’t played with in a little while?
JAY LANE: Different drugs get different results – I just gotta remember which ones I was on… Different drumsticks too

LMNR: Is life on the road for a player like you very different than it was 5, 10 or 20 years ago?
JAY LANE: The only difference is I don’t take it for granted anymore. I think more about the environmental impact of the bus generator running as I sit in the back lounge playing video games on a day off..

LMNR: The great thing about experience is that you get to illustrate all that you have learned over the years. The difficult thing is that it means that we are all getting older. Is there anything about aging that is challenging you as a drummer these days?
JAY LANE: A little bursitis is about it

LMNR: Are there things that you are doing for yourself physically to keep in shape or that are particular to the drum set compared to general health?
JAY LANE: I work out now…

LMNR: Are there song writers or bass players or just musicians in general that you have yet to play with but would like to play with sometime?
JAY LANE: No more musicians. I’m doing art next

LMNR: Any new projects cooking that you want to discuss?
JAY LANE: John Kadlecik Band gigs are comin up…

Check out Rick Winfield’s review of the Wolf Brothers show in Reno in OCT 2018 here.