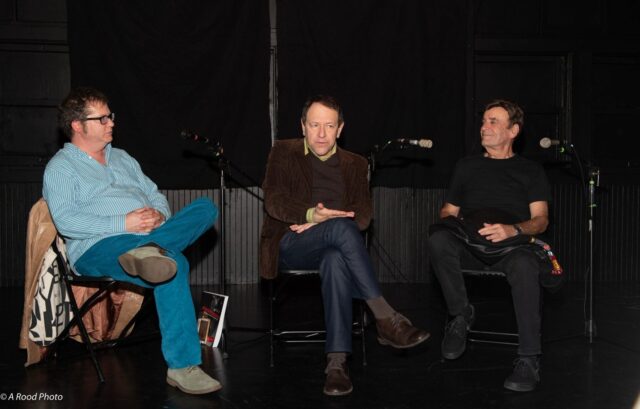 An interview at Beyond Baroque in Santa Monica December 13 2018.

During an interview with Ron Schneider, manager of the 1969 Rolling Stones tour (which included a well-documented stop at the Altamont Speedway, one of the most infamous shows in rock and roll history), host and author Pat Thomas (Listen, Whitey! The Sights and Sounds of Black Power 1968 – 1975 and Did It! From Yippie to Yuppie: Jerry Rubin, an American Revolutionary) said that, at this stage of the game, it’s more fascinating to hear from the people that were deep inside the fishbowl than in front of an audience.

In that regard, Schneider didn’t disappoint while discussing his new book, Out Of Our Heads: Rolling Stones, Beatles and Me with Thomas at Beyond Baroque in Venice California last week.

Schneider, the nephew of notorious Beatles and Stones business manager Allen Klein, oversaw the Rolling Stones 1965-’66 U.S. tour before breaking ranks with his uncle. Schneider managed the 1969 outing which saw the Stones at Altamont and the Maysles brothers documentary of the harrowing concert, Gimme Shelter. During the interview, Schneider told tales of just how complicated putting together the ’69 tour was and dispelled some myths about the concert. Most notably, The Roling Stones did not hire the Hell’s Angels; the Grateful Dead did and departed without playing a note. For the record, he feels the show would have gone much differently had the Dead played.

Also on hand to tell the story of Altamont from an entirely different vantage point was Three O’ Clock drummer Danny Benair, who attended the concert with his older brother and stood near the melee that ensued with the Angels and Meredith Hunter. He wouldn’t know just how close he was to the action until a few decades later when he a saw a photo of himself and his brother as the Angels closed in upon Hunter and heralded in “the death of the ’60s.”

The Waterboys in Los Angeles 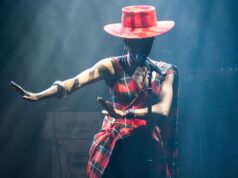 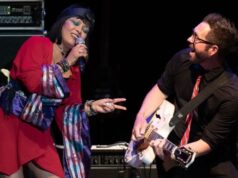 Dennis Quaid and the Sharks