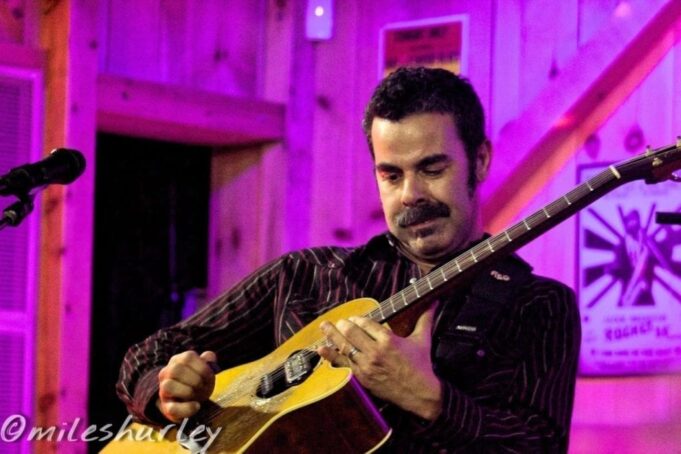 “We never play shows in the same way twice, ever. So if you want to come see us again, you can be sure tomorrow night or the next will be a whole new experience.” 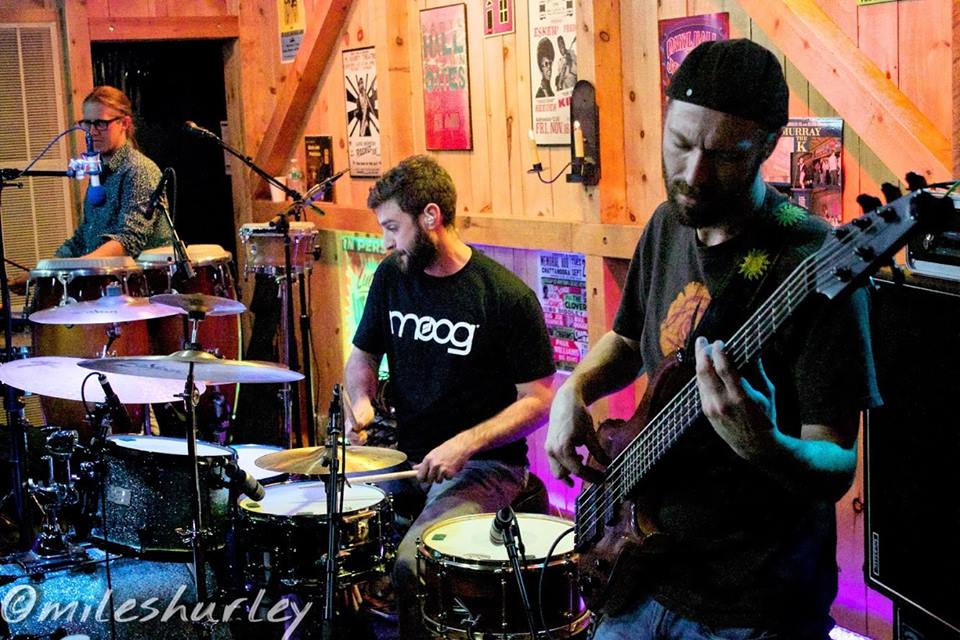 This was a heady place to see a very heady band like ALO for the first time. It seemed that given the cool nature of the venue, the band was inspired to really wring out the most enjoyable possibilities from their west-coast, psychedelic alt-rock style. Certainly the night helped to make Lebo’s quote one of truth, that every performance from ALO must be its own unique creation. It’s a combination of mixing up the way they venture out on songs, but also simply putting all of their enthusiasm into playing them.

The band reached that kind of point multiple times in their set at Daryl’s House, with a few moments that shine brightest out of all the bright moments. 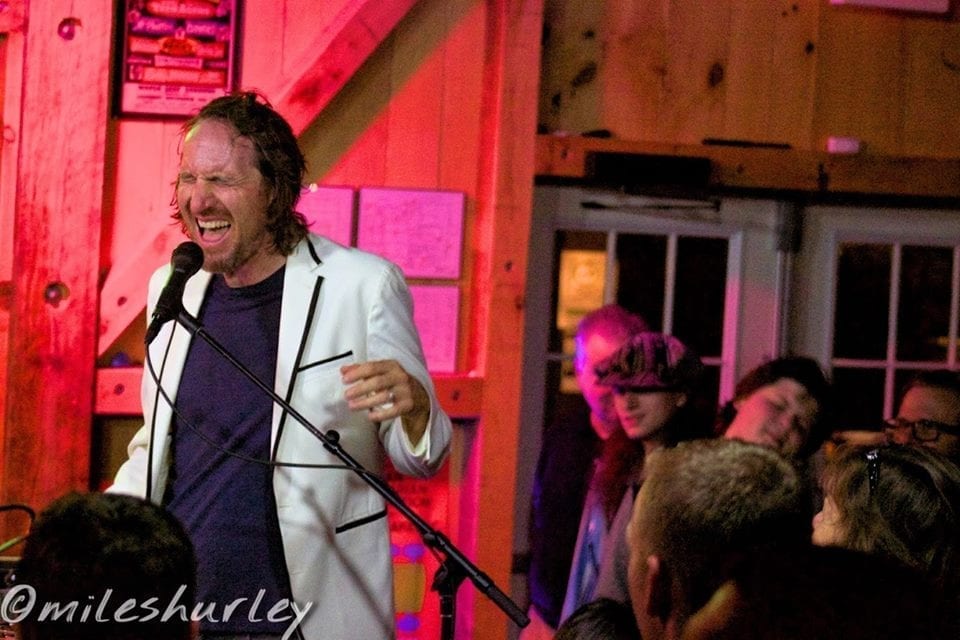 On their airy, dance-ready number “Plastic Bubble,” for which ALO frontman Zach Gill broke out his lazer ukulele (exactly what it sounds like, a ukulele that shoots lasers), the band crowded around one another in a supremely focused, almost surreal moment of cohesion. Total locked-in playing. They were riding high a nice easy groove that crested ever so gracefully into a glowing peak.

Once these guys start digging into the backside of their incredibly rich catalog (songwriting definitely comes first with these guys, but live improv always follows it), somewhere past a song’s last chorus, wandering bass lines meet smart guitar licks and clever fills, and it  all comes together so smoothly.  It makes me think of the musical equivalent of a fine California wine that’s been dosed with a good batch of acid.

Even in the opening song, “Carry Me Home,” the band found their first nice stride, and Daryl’s house turned into their house. 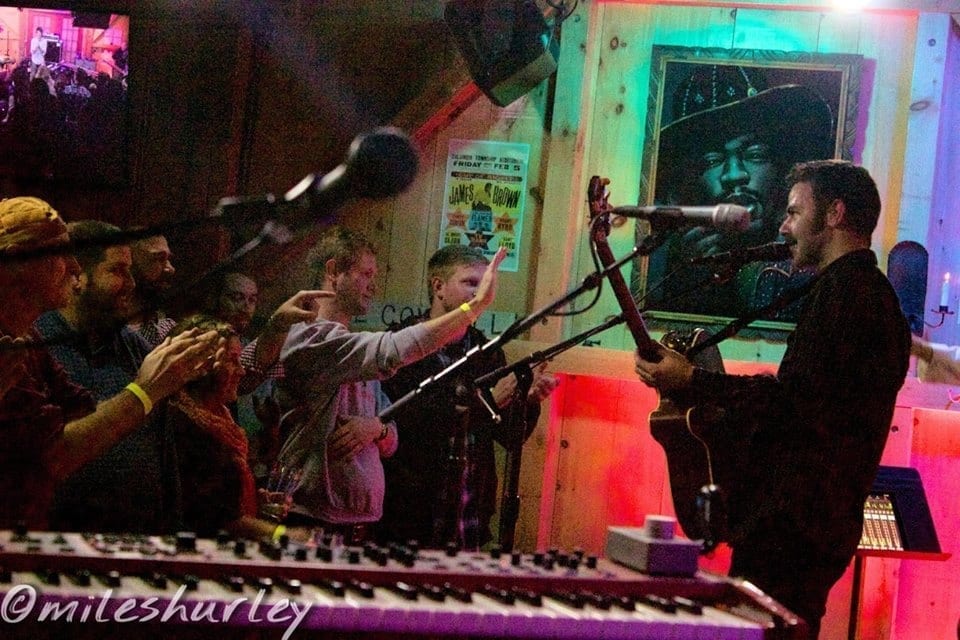 The room was instantly, intensely colorized, awash with the good feelings that come from ALO’s tunes. I was personally most anticipating seeing Lebo, who played often with the likes of Bob Weir, Phil Lesh, and Steve Kimock. He sounded very groovy on “Dance of the Dead,” leading a staccato-like jam on that ALO original, and then full-on ripped it in “Country Electro,” a tune that the room had been calling out for sometime. The apex of this night was their most popular song, “Try,” which this night took on a section of improv that invited a Scarlet Begonias jam and lyrics from “For What It’s Worth.”

Daryl’s house was, no doubt, filled that night with a lot of veteran fans, as that was the vibe from the conversations flowing about that night. 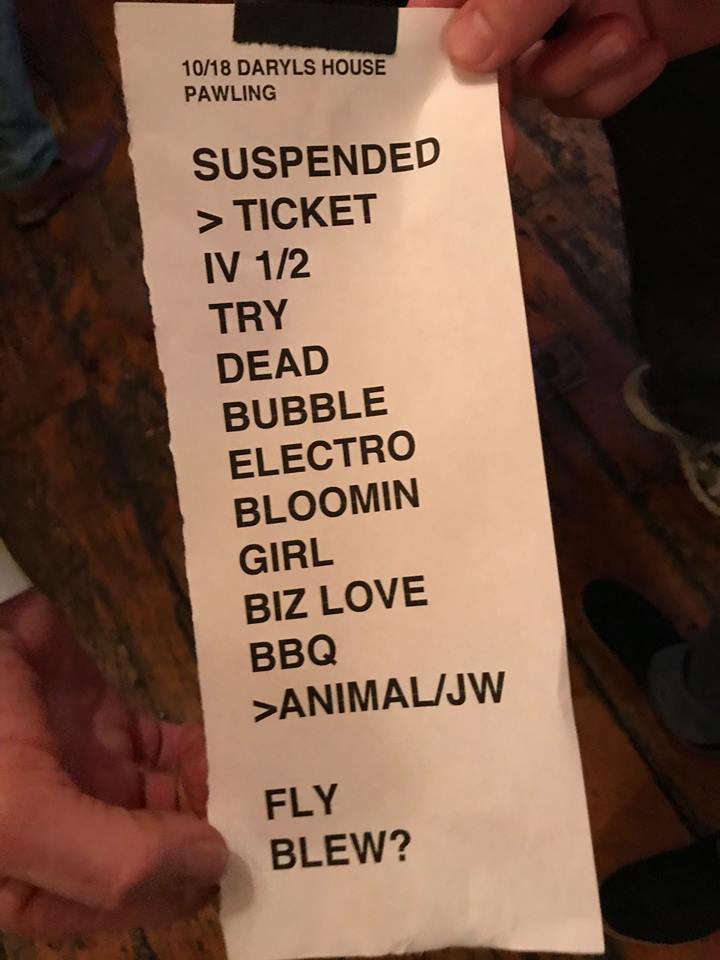 When ALO tours, its more or less a tip of the hat to their heydays across their twenty years as a band, and witnessing this quartet’s preservation of their unique brand of sunny psych rock, to the reception of welcoming fanbase, it was a pretty high feeling.

The show was opened by Asheville, NC funk-rock band The Fritz, whose name you might hear in conversations about the best up and coming ‘jam’ related acts today. They had joined ALO on a number of these recent tour dates, and guested on stage occasionally, too. Among their own very confident, heavy-hitting display of funk, The Fritz laid down a new-age rendition of Elton John’s “Bennie and the Jets” that really won over the room.