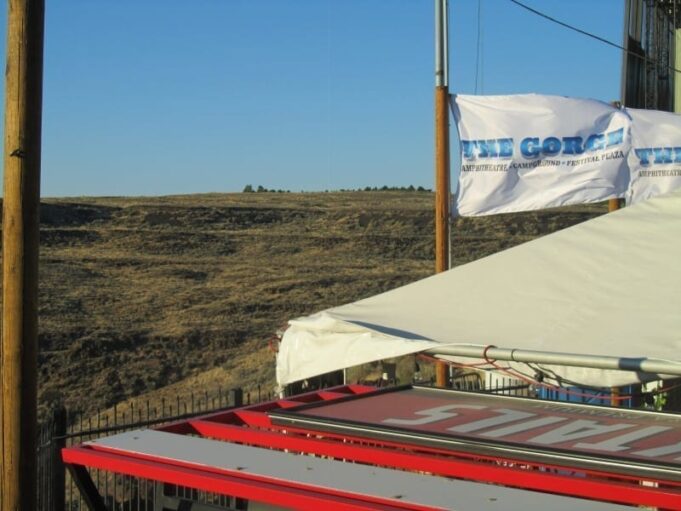 Police confirm assaults, Seek public assistance from those who attended Phish at the Gorge in Washington over the weekend.   Check out the Live Music News and Review.com Facebook page for updates and announcements. To submit an article or review, or to just say hello hit us at [email protected]    At 4PM EST on July 24th we received this statement from the Sheriff’s Dept in Grant County, WA. Detectives seeking first-hand witnesses to Gorge assaults during Phish concert Near GEORGE, Wash. (24 JULY 2018) — Detectives with the Grant County Sheriff’s Office are investigating two assaults which happened during Saturday’s Phish concert at the Gorge Amphitheater near George, Washington. Sheriff’s deputies were notified Saturday evening of two assault victims who had been brought to the medical tent at the venue. The victims, a 46-year-old man from Washington state and a 38-year-old man from Colorado, each suffered head injuries and were transported to regional hospitals for treatment. One victim is hospitalized in stable condition, the other was treated and released. What is known so far is that the victims were assaulted around the same time, but at locations far apart from one another inside the concert venue; one victim was down near the stage, the other up high on the hill above. Both victims were struck with rocks. Neither victim can identify their assailant. The victims do not know each other. Read Chris Lynch’s review of the July 20 show here. Although there was a great deal of chatter and speculation on social media platforms, detectives are asking anyone who witnessed first-hand either of the assaults to contact the Grant County Sheriff’s Office at 509-762-1160, or send information to [email protected] UPDATE:  From public information office Kyle Forman at 5P on July 26: “Update — No suspects have been identified. We’re exploring all possibilities but have developed no links. The persons who were involved with the nitrous (including the one seen on social media with the swastika tattoo) were identified and questioned by deputies but not arrested. None of those persons can be linked to the assaults. We’re still asking concert goers to let us know if they witnessed either of the assaults and can describe the suspects.” From LMNR:  Without too much speculation, there has been a lot of reporting about nitrous sales in the parking lot, as well as these attacks inside mentioned above.  At this time there does not appear to be any connection between the two.  But this is an ever evolving situation and we will continue to update this story as more information becomes available. Today we were in touch with Samir Poles, a victim of assault at the Gorge.  He gave  us permission to print his story:

Hi Phriends. My name is Samir Poles. I was one of the victims at the Gorge Saturday night. I’ve been going to see my favorite band Phish since 6/24/95. If you knew me at all you would know that I have 00 love for NO2 any way to Sunday. It takes away from the artist/fan merch and brings a shit element to scene. I’m a guitar player who idolizes Trey and goes ? for the music and the best community on Earth. I was having a great f-n night. I was hanging Page-low as always at the gorge. I thought farmhouse was a good time to take a pee obvi;)jk. As I was walking back from the bathroom to meet my friends a really big dude who was waiting in the shadows put a bowling ball sized rock thru my face > I wake up on the ground gushing blood through the whole in my mouth where my teeth used to be. The other victim Joe arrived in the medical tent 2 minutes after me and was very very hurt. This attack had zero to do with nitrous and was coordinated by at least two men at the exact same time in opposite corners of the venue. I know a lot of people saw it but since the police were never alerted we only have a few witness’s to give statements but the people I did talk to gave an identical description of the guy that hit me as the big muscular nitrous guy they arrested this weekend for dealing in the lot and the guy that hit Joe as smaller and crazed looking. My friend who saved me and was with me thru to the ambulance gave a statement to security who didn’t even write it down. The reason that you haven’t seen anything reported is because Live Nation never reported the incident to the Police until the next day, never ran after the guy as my friend who witnessed it pointed and screamed for them to as they drug me away and kept asking what drugs I was on. I’m sorry I’m just getting this message out but I got hit in the head with a giant rock and had to Nancy Drew it myself the last few days with a busted face and a jelly fish head. I am meeting with a detective for the first time this morning right before I go into the first of many surgeries I will need to fix my mouth. If anyone saw anything – either my attack page-low bathroom’s or Joe’s assault Mike side high please PM me or contact the Grant county Police department. I was gonna be on with all of you! thru SF but that’s for sure not happening now ? Hoping to be mostly recovered and back Phishin’ by festival 11 with all y’all my amazing Phriends and Pham ?✨ All Love Shine A Light There is a fundraiser going for Samir’s medical expenses here. https://www.gofundme.com/sos-support-our-samir   Read Chris Lynch’s review of the July 20 show here. Check out the Live Music News and Review.com Facebook page for updates and announcements. To submit an article or review, or to just say hello hit us at [email protected]