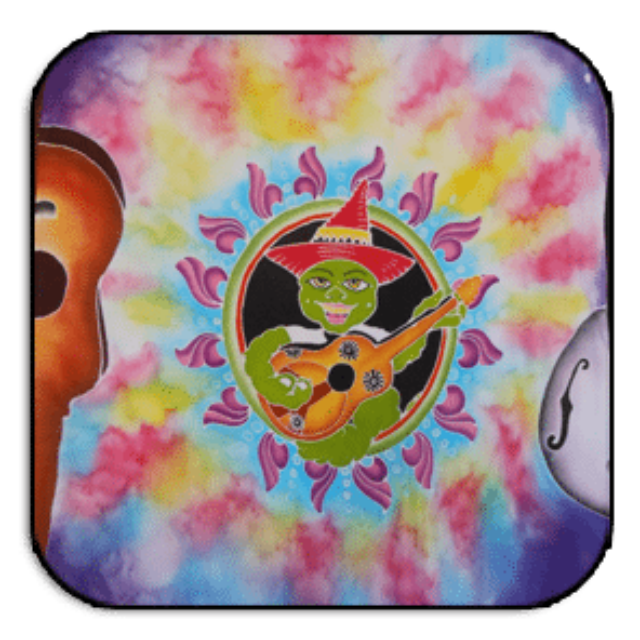 Never Miss a Sunday show! After the preview of summer with some blazing heat on Saturday, it was nice when Sunday dawned a bit cloudy, drizzly and more like sixty degrees than the over eighty degrees we had felt earlier in the weekend.  I know it’s tough on musicians, but man, it was a welcome break for a while.  And as a vendor of clothing   a change in weather is great for sales! Up and at ’em and open the booth, get the day going!  And the day got going on the main stage too with the return of Auguste and Alden, the brother sister with drummer trio that opened the main stage on Saturday, too. Nice harmonies, great bass work from the young lady, and a mixture of originals and covers.  I felt like maybe I had heard some of it the day before (rise to the challenge people!!) but they were good, pleasant, and a welcome stage opener. One of the great things about Strangecreek and Wormtown is their devotion to family and tradition.  So up next on the stage were Born IV Blues who seemed to be comprised of teen agers who are the children of other musicians and people involved with the festival.  They played a solid set of more than passable blues, not necessarily simple or juvenile, just a strong set of music.  It was a great preview of things to come, the future of Strangecreek and Wormtown.  The children are our future, people!

From there we ventured into the woods and down to the Riverworm stage.  Black Masala was sound checking and getting ready to perform for the second time this weekend.

They took the stage and started to draw a crowd immediately and by the time they were done Riverworm was packed.  They were playing material that is going to be released on their new album this Fall and favorites from their previous releases. During the show members of the band came off the stage itself in order to join the crowd, performing from in front.. breaking the barrier between the band and audience in a way that seems very, well-  Worm.

During the Black Masala set, we ventured through the woods again to the Vernville stage to catch Kwame Binea Shakedown.  The rain switched from a threat to a drizzle to legitimate rain as the band was setting the stage.

That did not damper Kwame’s spirit, as he radiated positivity and kindness on the assembled.  The band was tight with horn, guitar, bass, drums and a keys guy who had a cool weird thing hanging on his front which looked more computer keyboard than regular keys.  He only ventured to that device on occasion but it was cool, and kind of had a Moog sound to it. The band fired through nearly a dozen tunes, mostly originals but a key cover or two, and folks came in from the campsites to dance between the rain drops.  But you could hear them from the stage all the way through hundreds of tents worth of camping, and they were great. WE HAVE TONS OF STRANGECREEK REVIEWS UP, CHECK IT:

Full show audio, use the arrows to toggle between songs or just let it play:

I hustled back to the main stage and caught the last few songs of the Rev Tor Band.  He was doing a great thing, a memorial set dedicated to fallen sax man  Charles Neville who played in Tor’s band and the Last Waltz and was a famed member of the Neville Brothers.  They didn’t just dedicate the set to him but rather replayed the set that they had played with him at Strangecreek five years earlier, in a sort of missing man formation salute to their comrade. It was beautiful and they ended the set with Yellow Moon perhaps Charles’ most famous contribution to the current rock and roll scene:

Back when Wormtown happened in September 2017, Taj Weekes and Adowa were supposed to be on the bill.  Then the hurricane season happened and Taj’s home island of St Lucia was among those deeply effected by the Caribbean storm season.

So this Strangecreek was his first appearance, a makeup date for that lost show, that lost season. Weekes is an amazing musician and story teller, with a soft spoken tone to a loud message.  He preaches about equality and justice, and he practices what he preaches as he spent much of the time between Wormtown and now in St Lucia helping to rebuild.  He has a long list of humanitarian causes from children’s health to adult nutrition and health, all while spreading a positive representation of St Lucia. The music isn’t strictly reggae but also world music from that island.  The sounds are mellow at first, but as you soak up the message you realize that the words are loud, and the resulting effect is powerful. Full show audio:

Up next on the main stage came Toubab Krewe.  The band is one that I have been hearing about for a long time, out of Asheville NC.  It is a world music band that centers around the music produced by the kora, a many stringed instrument made out of what appears to be a gourd.  The band is filled with standard western instruments too and the music they create is a mix of west African music and American funk and jam.  Artists from Malian Diabate to Ali Farka Toure come to mind, but Toubab are doing their own thing for sure. They played cuts from their forthcoming album Stylo and older material too.  It was a pleasant Sunday afternoon set, and I got the feeling that they were sculpting their set to the vibes.  Perhaps in a nightclub setting they let their hair down more, but they accurately read the crowd and delivered a contemplative set of instrumental music. Full set audio, listen to the whole thing, or toggle between songs using the arrows.

So the tape recorder stayed at main stage while I went over to Vernville.  The tape recorder got to enjoy NY state’s favorite zydeco jam crossover band, Donna the Buffalo.

They have become a bit of a mainstay of the Worm scene, seemingly.  They pop onto the schedule once a year or so and their fan base is a perfect match for the festival.  The band is lively and  fun and I got to see them a bunch on the Sounds of the Sea boat cruise, and I recommend them highly: Full show audio:

Over at Vernville it was the annual Sunday afternoon Georgia Yvon set.  Georgia was known and well loved in the scene and every festival on Sunday she’d hand  out watermelon and fruit at the Vernville stage.  Not long ago she passed from us, and I’m so happy that this tradition has continued.  I saw her daughter April there, and we got to dance along to the happy set provided by the Marks Brothers.  Containing Mark Mercier of Max Creek and Mark Paradis of Dead Show, plus some of their friends it was a super fun set of covers and jam party music. As a tradition I say not only is it a great one, but it is reflective of the Worm way- bring people together, celebrate with food and friends, put off your worries until tomorrow, remember your loved ones, and dance to great music.  Here’s to you, Georgia. At that time up on the main stage Ryan Montbleau Band took over and he is a favorite at anything Worm related.  His set stretched a good ninety minutes and included covers, originals and a lot of story telling.  I was off at various vending areas feeding my face, and I have to say that I really love the edition of the fried dumplings to the food offerings.  I think I also ate from nearly everyone else there from Cousin Mitchie’s to the cajun place, too.  That’s a great feature of the festival, a bunch of different food vendors that can become your favorite twice a year. Ryan closed his set with what felt like an impromptu cover of Ozzy’s Crazy Train.  It felt a little bit like when I saw Stephen Kellogg years ago at Gathering of the Vibes and they started Stairway to Heaven on what seemed to be a dare and when the band started playing it and the crowd loved it they were forced to finish.  I’m not sure if this is exactly what happened here, too- but it sounded more like Ryan was having fun than really pulling out the Crazy Train. They pulled it off though, for sure!

Another word about the next generation of worms.  My wife and I have been going to these events for the last fifteen to twenty years.  We took our youngest when she was just ten days old to Strangecreek, and our twins and the little one have been to nearly every one since.

So it was with great pride that I watched as my son crossed the field tobackstage and checked in for his first volunteer production stint.  He worked on Saturday night and Sunday night, coiling cords, moving boxes, and helping to load in the Machine on Saturday night and to load them out on Sunday after the show.  An hour later I actually saw him on the stage working, and it really showed me how full circle things have come- from bringing a pack and play for him to watching him now as a large young man doing the work of a seasoned professional, helping to make the whole show happen: crazy, great, paternal stuff. Sunday night headliner The Machine came on and gave two stunning sets of Pink Floyd tribute opening with an epic twenty minute plus rendition of Shine on you Crazy Diamond.  From there it was one great song after another, and the light show that they bring turns Strangecreek into a huge Pink Floyd laser light show. I’m biased but I particularly love Scott Chasolen’s interpretation of the music of Rick Wright on keyboards.  He’s the cement and the glue that really brings the whole band together.  Sure the soaring guitar work and the stunning accurate vocal portrayal by Joe Pascarell is the culmination of his life’s work and study, he’s some sort of crazy combination of Waters and Gilmour, a triumph for any musician.  But man, Chasolen’s keyboard work is amazing, both referential and interpretive. The other band members, Tarah Cohen on drums and Ryan Ball on the bass are also perfect, a great rhythm section.  The show is always amazing and the crowd on Sunday’s just totally eat it up.

My recorder finally cried Uncle after capturing dozens of hours of audio all weekend long.  Luckily for us though Gerry caught some video: https://www.youtube.com/watch?v=oiIQW5Yx6oY WE HAVE TONS OF STRANGECREEK REVIEWS UP, CHECK IT: 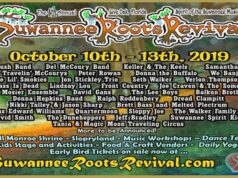 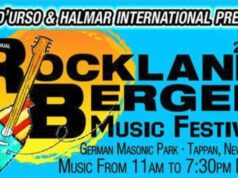 Week 1-Strangecreek Battle of the Bands at Bishop’s Lounge-March 6th, 2018