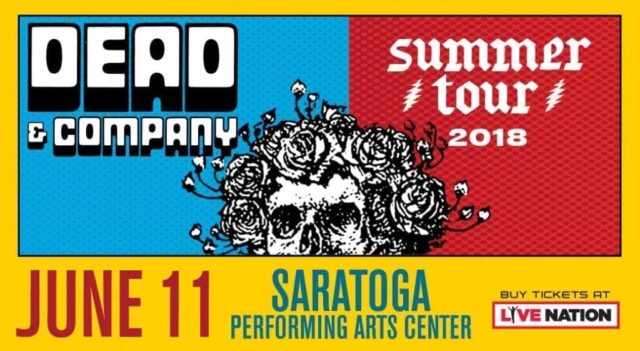 FULL SHOW AUDIO, just use the arrows to toggle between songs:

It was a great night at SPAC for Dead and Company. The weather was perfect and so was the show. Bobby was on it, the band was tight as can be and John Mayer is getting better each time he plays in the band. You can really tell that John Mayer wanted this job.  He’s worked on the tunes and his relation to the other band members onstage. It comes off with a greater level of success than the GD50 shows with Trey did, because of the many shows under their belts and the clear practice time and thought that they put into this lineup.  Oteil  kills his parts every time, and the band just continues to gel with each successive show.

From the video channel of InnovAsianTravel

They mixed some of my favorites in with some lesser known tunes. The second set was on point. Wow. Starting out with The Weight into Truckin’ and then He’s Gone was like a triple shot audience sing-a-long. I’m always impressed by Drums and Space. These guys can play the songs thousands of times and some will be exactly like at another show but not the case with Drums and Space. That’s like a snowflake, no two are the same. I didn’t want the show to end but since it had to, what a way to go out. Good Lovin’ and then the Touch of Grey encore…Oh Ya! SET LIST from deadheadland.com