Max Creek announces a slew of shows, and a surprise for their 47th anniversary   To submit a story or to just say hello, email us at [email protected] Check out the Live Music News and Review.com Facebook page for updates and announcements. Update:  The fourth and final Creekiversary show is announced, see below. From the video channel of Scott Medeiros https://www.youtube.com/watch?v=ISVkNig37nI Max Creek, one of the longest lasting and influential bands to help shape the live music scene is getting ready to celebrate their 47th anniversary.  Hailing from New England, the band’s influence is felt far and wide from giant bands like Phish to bands just hitting the scene like Creamery Station. 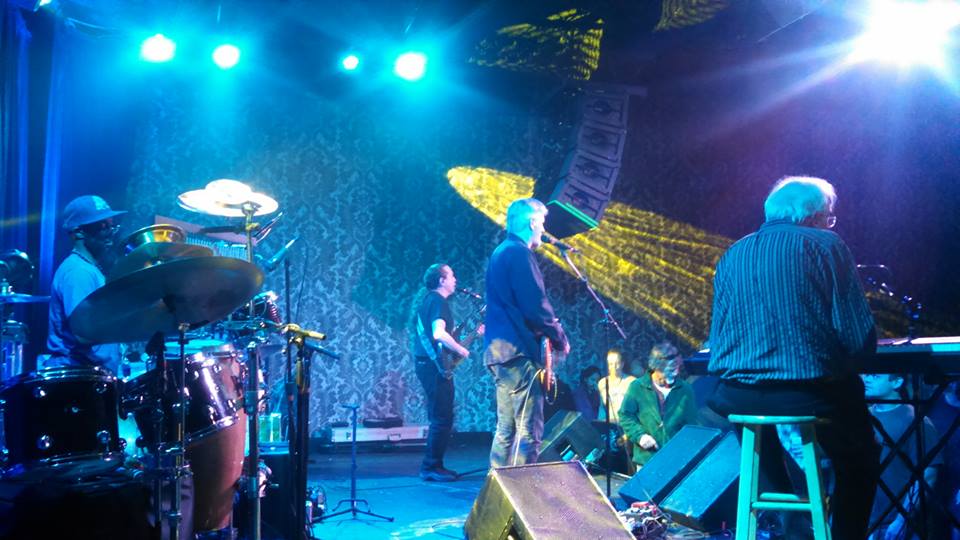 As their forty seventh anniversary approaches, the band will be playing a four show run in April which will be the band’s celebration of their Creekiversary. Before that, early March sees a rare two night stretch in the Green Mountain state with a pair of shows including FRI night in Burlington VT and a rare appearance at Stratton Mountain on SAT night.  2018 should prove to have a variety of surprises up the sleeves of a band that has been nurturing their fans for a full two generations. https://youtu.be/uH8XEamYVlk?t=1949 For their anniversary the band will be celebrating with their fans in several markets that have not had a visit in some time, and one very special show indeed.  Anniversary shows in Syracuse, Rochester and the Infinity Music Hall are all on sale already, and the band announced today that a show on April 14th at the legendary Levon Helm Barn (Editor’s note: the show is now sold out).  Given that the band has been playing material by Helm for many years, this is a unique opportunity for the band to celebrate both their own history and the history of their influences in the very place where some of that history was created and is currently being remembered and curated. Upcoming shows: Fri 03.02.18 Higher Ground S Burlington VT FB Event TICKETS Sat 03.03.18 Stratton Mountain Stratton VT FB Event TICKETS Fri 04.13.18 Infinity Music Hall Hartford CT FB Event TICKETS Sat 04.14.18 Levon Helm Barn  Woodstock NY FB EVENT Fri 04.20.18 Westcott Theater Syracuse NY FB event TICKETS Sat 04.21.18 Funk n Waffles Rochester NY  FB event; TICKETS:  To submit a story or to just say hello, email us at [email protected] Check out the Live Music News and Review.com Facebook page for updates and announcements.