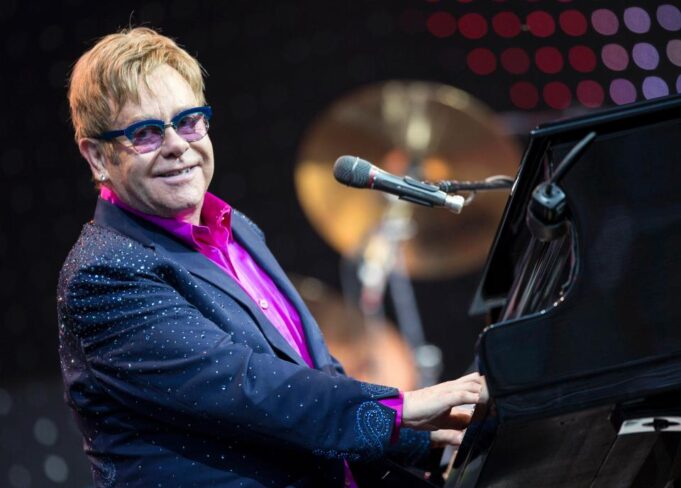 Elton John Announces Retirement from Touring Additional reporting by Sharon Budman To submit a story or to just say hello, email us at [email protected] Check out the Live Music News and Review.com Facebook page for updates and announcements. Elton John took to YouTube today to make an announcement- after nearly fifty years of touring, Elton John is leaving the road to spend more time with his children: his “priorities have changed.” However, he will be going “all around the world” with the “Farewell Yellow Brick Road Tour.” Tickets go on sale Feb. 2. MORE Info at EltonJohn.com. Amex presale begins at 10 a.m. Thursday through Monday January 29 at 10 p.m. It will be a 3-year tour to say goodbye and it will be over 300 shows until 2021, taking place on five continents. Elton John has a serious history in live music, setting records for numerous sold out appearances in certain locations.  Madison Square Garden alone he has held the record for the most number of concerts with well over sixty shows there over the years.  He and fellow piano icon Billy Joel have been battling it out for MSG supremacy. And like many other iconic legendary performers from his generation Elton John went on to a very successful run in Las Vegas.  John sold out well over 200 performances in seven years in the desert, an amazing feat for any live performer. According to John, he sat down in 2015 with his husband David and they discussed schedules and school.  He said he has had an amazing career and has been touring since he was 17 years old and it is time to get off the road and spend time with the kids. He’s had an incredible life and career and been incredibly lucky- he has been a constantly “working musician.” “We’ve had a pretty good run,” John announced while declaring this next tour to be his final tour.  This tour is “a way to say thank you to the fans, and a way to go out with a bang.  I want to leave people thinking ‘I saw the last tour and it was fantastic.'” He went on to say “I’ve had a good run.” According to John, the time is right to say “thank you” to all his fans from all over the world. He will be taking his children on the road for 9 months with a tutor while not in Europe. When the tour is over John’s children will be 8 and 10 years old and he doesn’t want to miss these important, formative years. He went on to say, “I am not a person who cherishes Grammys or awards – I cherish gold and platinum albums as people have paid their hard earned money to buy something that you’ve made. The other things are superfluous little trinkets – but when it means a lot to me that I sold a lot of records and I’ve always managed to sell out concerts. He wants people to experience his music in new ways and he does streaming and stay current with his music. He wants people to hear it, listen to it and remember it. He said he always had a younger audience. He stays current- he has been doing a radio show for Apple for the past two years. 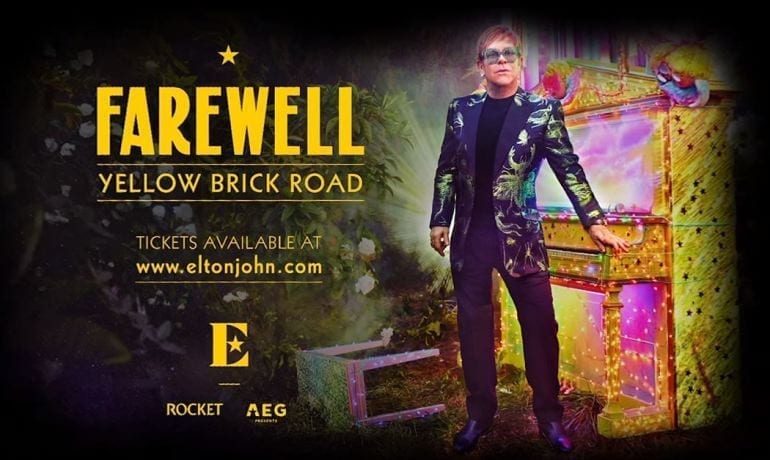 John wants to attract new listeners.  He wanted to stress that he is NOT stopping music, just stopping touring- he will be making more records, writing more music, and exhibitions of photography- and “mostly I’ll be taking taking my kids to soccer academy, which is the most important thing.” He hopes people who come see the tour will come away with good feelings and hopefully feel like they’re saying goodbye to a friend, with happiness and fond memories. According to John, Gucci will be creating all of the stage outfits for him for the tour and partnering with him and also making things for the shops. Gucci “gets” the spirit of Elton John, according to the flashy performer. John says he will always be creative as life continues to evolve. He mused, “If you let things happen for you then that is the magic of life. I will be creative hopefully up until the day I die.” It took 2 years to put together this video and the tour and wanted to do it in a  classy, elegant way. As John put it, “This is the end.” The pile of accomplishments for the piano player songsmith from England is incredible ranging from being knighted to Grammy awards, Tony Awards and induction into the Rock and Roll Hall of Fame. His partnership with Bernie Taupin is one of the most celebrated and successful of all time in terms of recorded music.  Together they churned out over twenty five Top 40 singles. John has sold 300 million albums in his storied career and has 38 gold records and 31 platinum records. John has been on the road for his entire career ranging from solo performances on piano and voice to full band shows to partnerships on extended tours with Billy Joel.  In 2017 John did nearly 100 shows. His announcement special began with John doing a solo performance with performances of “Tiny Dancer,” “I’m Still Standing,” and more. The announcement was chaired by CNN’s Anderson Cooper.  They discussed a variety of things, including that John is not giving up music, but rather that this will be the final big tour.  He assured the fans that this show will be the biggest and most elaborate of his career. The tour will begin in Allentown, PA and tickets go on sale February 2nd. He will perform at Madison Square Garden on  October 18th and 19th. This comes on the heels of Neil Diamond’s announcement that he too is retiring from touring after a recent diagnosis of Parkinson’s disease. Stay tuned here for more announcements on this final Elton John tour. From the video channel of U Got Feelings: https://www.youtube.com/watch?v=teYZM0Aft0A To submit a story or to just say hello, email us at [email protected] Check out the Live Music News and Review.com Facebook page for updates and announcements.