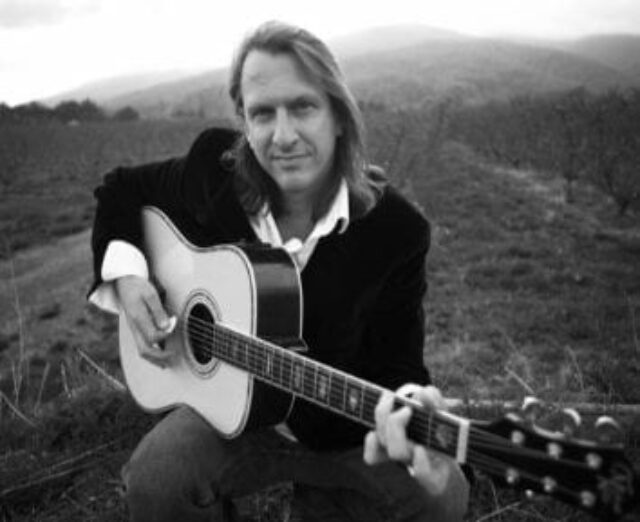 “THE WORLD AIN’T SLOWIN’ DOWN” ELLIS PAUL CELEBRATES 25 YEARS ON THE ROAD WITH SEVEN SHOWS JULY 20-23 AT CLUB PASSIM Shows to include two family shows and cover entire discography Cambridge, MA- July 5, 2017 – Ellis Paul is set to celebrate 25 years of touring by returning to Club Passim July 20-23, performing seven shows that will cover his entire discography.   To submit a review or story for consideration hit us at lmnandr@gmail.com Check out the Live Music News and Review.com Facebook page for updates and announcements. https://www.youtube.com/watch?v=0dsIpTaUsME Some artists document their lives through their music. Others chronicle their times. It’s a rare artist who can do both, telling their own story through songs that also encapsulate the essence of people and places who have helped define their era overall. Woody Guthrie comes to mind, and so does Bob Dylan. Bruce Springsteen certainly as well. Yet few others, for whatever genius they may possess, can relate their own history to the history experienced by those who find that common bond, be it in a coming of age, living through the same realities or sharing similar experiences. Ellis Paul is one of those gifted singer/songwriters. Though some may refer to him as a folksinger, he is more, for lack of a better word, a singular storyteller, a musician whose words reach out from inside and yet also express the feelings, thoughts and sensibilities that most people can relate to in one way or another, regardless of age or upbringing. The exhilaration of the open road. A celebration of heroes. The hope for redemption. Descriptions of those things that are both near and dear. The sharing of love… intimate, passionate and enduring. Ellis’ songs have been featured on Hollywood soundtracks in films such as: Me, Myself & Irene, Shallow Hal and Hall Pass, as well as TV shows and documentary films. He has performed on stages at the Newport Folk Festival, Carnegie Hall, and clubs, and coffeehouses all over the world. This year, Ellis celebrates 25 years as a touring musician and songwriter. “The first time I saw Ellis Paul was at Passim over Halloween weekend of 1993. I went to his Friday night show with a girlfriend and loved the show so much I came back to the Sunday afternoon show. At this point, I’ve run sound for Ellis more than anyone else at any venue. Quite probably a few hundred times,” said Matt Smith, managing director of Passim. “I’ve been a fan since the beginning and I still am. These 25 years of songs have really been a soundtrack for me and I’m excited for the next 25 years. ” Ellis Paul career highlights are many and varied: He has performed and conducted over 5,000 shows, festivals, private events, workshops, cruises, and songwriting retreats.  The  release of 19 albums, 3 books including 2 children’s books, and 1 documentary film illustrates an amazing body of work that has resulted in 15 Boston Music Awards.  Further honors include his commencement address and honorary doctorate recipient at The University of Maine in 2014. Paul has written over 300 songs, including a co-write with Woody Guthrie, perhaps one of the greatest American song writers, ever.  Paul has had songs placed in film, television, and other projects, including “Me, Myself, and Irene, “Shallow Hal”, and “Hall Pass”. Ellis Paul himself has commented on his long history with Club Passim, his chosen location to celebrate twenty five years on the road:  “The first time I tried to perform at the legendary folk venue Passim in Cambridge, MA (it didn’t have the word ‘Club’ attached back then) was in the Way Back Time Machine year of 1989. I had harassed the owner, Bob Donlin, sending him packages and calling him every week.”

“Everyone I loved had been on stage there, Dylan, Bill Morrissey, Joan Baez, Chris Smither, Shawn Colvin. He finally gave me a chance, giving me the opener for the opener slot on their weekly Sunday afternoon WERS radio show. I’d have fifteen minutes, three songs. Honestly for me, at this time, it was like getting invited to play Carnegie Hall. It felt like a first stepping stone to a cobbled path of a paved highway of a whole career. And looking back, it was.” “When I arrived at the venue, he discovered he had double booked me with someone else and asked that I go back home. I still can picture that drive out of Harvard Square in my mind. He called a few weeks later with a gig opening for John Gorka and Sarah Hickman. I couldn’t have chosen a better pair. I eventually won Bob and his wife Rae Anne Donlin over, and they adopted me as a new regular at the club. I played there frequently, getting the best openers they could find– six shows over a weekend opening for the best the place could offer. By the time Monday came, I would be a different person, a better performer, more confident. I can’t tell you in words how important the place has been to me and countless others who have learned the art of songwriting and live performance there.” “Sometime in the late nineties, I found my unopened press kits from the eighties in the cluttered dusty green room at Passim, and realized Bob had booked me without even opening the package to hear my songs. The squeaky wheel of a phone call wins again… I’d venture to guess I’ve stepped on stage there a thousand times since 1989 including the annual New Year’s Eve shows I’ve done for the last 25 years. Album release shows, kids shows, other performers incredible shows. There’s been a lot of magic in this room.  This summer I am celebrating my 25 years of being on the road, by returning to the Club over several summer nights and performing songs from every single album I’ve ever released. It’s a marathon of sorts! I get to do this run with Matt “Club” Passim’s General Manager Matt Smith at the sound board, who has watched the whole cobblestone highway unfurl, and likely has seen me  perform there, hundreds of times as well. Come help me celebrate the landmark and hear the backstories of songs and recording them! And thank you all for coming along for the ride.”

Ellis Paul’s seven show schedule at Club Passim includes 2 family shows and 5 shows that cover his full discography: July 20-23 at Club Passim, 47 Palmer St. Harvard Square, Cambridge, MA 02138. Tickets to shows at Club Passim are available online at www.passim.org, by phone at 617-492-7679 (9:30am-5:00pm, Monday-Friday) or at the box office sixty minutes before the show begins. About Passim: The mission of Passim is to provide truly exceptional and interactive live musical experiences for both performers and audiences, to nurture artists at all stages of their career, and to build a vibrant music community. We do so through our legendary listening venue, music school, artist grants and outreach programs. As a nonprofit since 1994, Passim carries on the heritage of our predecessors-the historic Club 47 (1958-1968) and for-profit Passim (1969-1994). We cultivate a diverse mix of musical traditions, where the emphasis is on the relationship between performers and audience and teachers and students. Located in Harvard Square, Passim serves Cambridge and the broader region by featuring local, national and international artists. Our ultimate goal is to help the performance arts flourish and thereby enrich the lives of members of our community. For a complete schedule, visit www.passim.org   To submit a review or story for consideration hit us at lmnandr@gmail.com Check out the Live Music News and Review.com Facebook page for updates and announcements. 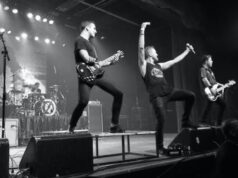 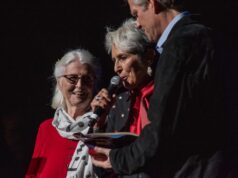