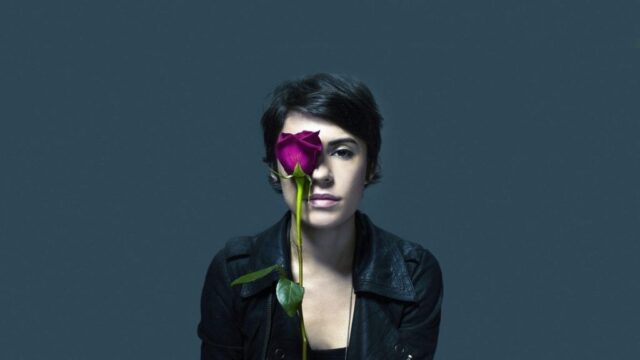 Ann interview with Leslie Mendelson by Miles Hurley Photography by Mary Ellen Matthews   To submit a review or story for consideration hit us at lmnandr@gmail.com Check out the Live Music News and Review.com Facebook page for updates and announcements.   from the video channel of One on One. https://youtu.be/cYG1tkSREsw?t=275 Singer and multi-instrumentalist Leslie Mendelson has had a wonderfully busy year, from recording and touring with Steve Kimock’s most recent musical outfit, to fronting a band of world class musicians, and, certainly not least of all, releasing her first new album in eight years, Love And Murder. Released on April 14, the new record is a gorgeous thread of songs played and sung pretty much solely by Mendelson, on guitar and piano, with little other instrumentation. Stretching from ballads of love and to those of loss, acceptance and forgiveness, it’s as stirring lyrically as it is sonically. Next week, Mendelson will embark on her first ever solo tour, which has her playing seven dates across Washington and Oregon. In anticipation of that, she sat down with LMNR for a very cool conversation. LMNR: To start off, can you give me an idea of where you’re at, in your world? You’ve got a tour coming up… Yeah I’m doing a solo tour, and I haven’t done that in awhile, since I was in England, actually. I was touring a lot, over there, and it’s been…now I’ve been working with bands, other bands and my own band. This will be my first solo tour in awhile, so that’s exciting. About 7 or 8 shows in the Northwest, Washington and Oregon, and yeah I’m really excited about it. LMNR:  Definitely. So your own band then, that’s the one with Ethan Eubanks, Andy Hess, those guys? Exactly. So I think it was about November last year, I was sitting in…they did this Monday night residency, that used to be in Red Hook, but now they moved it. Every Monday night they would do New Orleans, R&B and blues. And I started sitting in with them, and the first night, it went over really well, it was such a good time. Ethan was like, “What’s going with your album?” And it was before Love and Murder was released, I had already made it. I just told him, “I don’t know,” (laughs). It was kind of at a standstill for a second. And he kind of like…I’ve wanted to work with a band for awhile, so he helped me put it together. And kind of around the same time was when I hooked up with Royal Potato Family, when they signed me. So it kind of just all happened, it was amazing. So we started preparing for the record release and getting the band going, and we started playing all the time. So it just happened like that. LMNR:  Neat. Well so the album, Love and Murder. To start off, what a beautiful record. And to me, the whole of it sounds so personal, almost like you are singing to yourself on it as much as you’re singing to someone listening to it. Is that a fair assessment? Thank you. I think so. It’s funny, when you set out to do something, you never know how people are going to take to it, or react to it, you know? It’s something that I didn’t even realize I needed to do as much as I did, when it happened. Like sometimes that kind of reveals itself. And making this record, and having it come out, and now this response I’m getting, it’s very…well doing it was cathartic, that’s very true. Because I had already made a couple of records that hadn’t come out. You never know if a record’s going to come out, you can only hope. And when it was done, I felt like, this is something I’m proud of. And it communicated my story over the last several years, of everything that I had experienced, as far as highs and lows. I feel like it told my story. It wasn’t a conscious decision when I made the record, but it’s amazing how certain things unfold as you’re doing them. If you’re open to it, and I was. Even if it was subconscious, I was open to it. LMNR:  As I read about it, and as you talk about it now, it seems like it was all a very organic process. You had written these songs over the course of several years, but then all of a sudden you started to do stuff with a writer, and now this producer, and then you guys took all these very meaningful songs and made them into an album that is now being really well received. Yeah. I’d been working with a writer for awhile, but when I sat down with Mark, the producer…we had started working on it just by email and phone, and talking about songs, I’d sent him voice memos of songs I’d written over the last few years. Demos, and old stuff and newer, just kind of sending him everything. And then when we got together, before we recorded, I sat down and just played him everything, and it’s almost like curating a playlist. He picked out the songs that stuck together, and I’d say that the heart of the record, from where we started basing other songs off of, was “Murder Me.” That was the first song I sent to him that he like, jumped up, saying, “That’s it! Where the hell did that come from?” So we found the core of it, then we started taking the songs that helped unfold that vibe. We kept calling it the ‘murder ballad album’ because a lot of the ballads, and even the up tempo ones, they all had this kind of darkness to it. Not all darkness, but there was just something that…there was a feeling, where we put everything together.

LMNR:  Like a theme? Yes, let’s say that. A theme, that tied it all together. LMNR:  So you said that having it done and come out to the world was cathartic. Was making the album also the same kind of experience, or was it difficult to bring these songs into the studio? No it wasn’t really difficult at all. Mark made it very easy. There’s always, for me, a level of anxiety going into a record, going into making it. Is it going out exactly the way you wanted to, is this the vision? But since I was just doing it alone, I didn’t really have to concern myself so much with what everybody was doing, or how they were going to sound. It was really just me, and getting good performances, and he really set it up for me to succeed, because it sounded good when I was playing it, and the feeling was just like, this is working. Like it wasn’t a normal studio, it wasn’t like, we get into the studio every morning, and it being in the city and everything…we did it in this beautiful house, up in Topanga Canyon. We’d wake up in the morning, and have coffee, and there’s just sunlight shining in this gorgeous house, and just sit down on the couch and start strumming. It just felt like I had my own world, for three days. From Ted Silverman’s video channel. https://youtu.be/qMFfvL1ZDi0?t=2 LMNR:  Three days, wow. (Laughs) yeah. I mean, we added some strings later, and of course the Bob Weir session was done at a different time, but for the most part, ninety percent of that record was done in three days. LMNR:  Can you tell me about the album release party? I guess it was a pretty incredible night for you. It really was. When I first started talking to Ethan, we were talking about what kind of band, and he suggested Andy, whom I’ve played with before, and just what a great guy. And Steve McEwan, whom I’d been writing with, and whom also plays guitar. So that was easy, no brainer. But I think, when I first stated, not even thinking about the album, I just wanted a band, and a horn section, and I wanted to throw a party. Like I want to have a really fun night of music, ok how to make it happen. Then all of a sudden, the record gets signed and I’m like, “Oh, we have a goal.” (laughs) Ok, lets get the band, with the horn section, and that’ll be the party. So again, it kind of happened simultaneously. And having a horn section was always a dream. Then, when it happened…sometimes, when you’re playing music, there can be some distractions. But I remember being so totally in it that night, and hearing the horns, and the band, and it was just one of those moments of like…we did it! We did it. I set out to do what I wanted to do, and it was just a really transcendent moment, it was really beautiful. It was really a celebration of everything. LMNR:  Your website says you’ve been adopted by the west coast jam scene. You’ve certainly played a good amount of shows with those folks, shows with Bob and with Phil, and of course there’s the project with Kimock and that band. Does it truly feel like you’ve been adopted by that world of artists? (Laughs) Well, it’s a big scene. Or maybe it’s not that big. But yeah, I think that…when I did that “Weir Here” a few years ago, that webcast, I think that was the moment. That show was so much fun, and was so well received. Because there was a live Twitter feed that was going on, while we were doing it, you know, people were watching and commenting. We had such a good response during the show that they kind of made me a TRI all star, and that was the moment where I felt like part of the family. Because that was the day that I met Steve Kimock, and Dave Schools, and I had known Jason Crosby from Long Island, and Jay Lane. And I see those guys today, and I still talk to them all the time, it’s family. It was a nice introduction. When you play with Bob it’s just like…there’s just such a connection between him and his fans, one that’s also lasted, how many, fifty years already? It’s incredible. 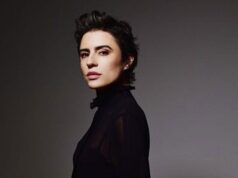 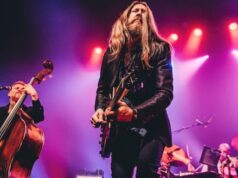 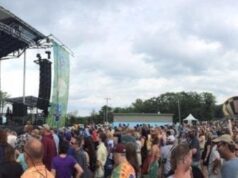 Live Music News & Review was born out of a love of live music and the wish to chronicle the amazing shows happening around the country. Stories and reviews are born both from our editorial board and from readers just like you around the country.
Contact us: lmnandr@gmail.com
5,784FansLike
209FollowersFollow
294FollowersFollow
8SubscribersSubscribe