Review and Photos by Mark Ashe

Check out the full gallery of photos of this show by Mark Ashe.

The Smithereens performed a sold out show at BB King’s in Times Square on Saturday night.  The Smithereens are on a short tour with all four original members; Pat DiNizio on lead vocals, Jim Babjak on guitar, Mike Mesaros  on bass, and Dennis Diken on drums.

For the past 37 years, The Smithereens have been performing, as DiNizio continuously pointed out to the audience, and I must admit, the band hasn’t missed a beat, considering DiNizio’s recent injuries leaving Babjak as the sole guitarist.  Babjack’s solo on The Who’s Sparks which segued out of House That We Used To Live In would have made Pete Townsend proud. He rocked the hell out that song, and with Mesaros back in the band after a several year hiatus, it’s like he was never gone. As always, Diken on drums is an amazing backstop. 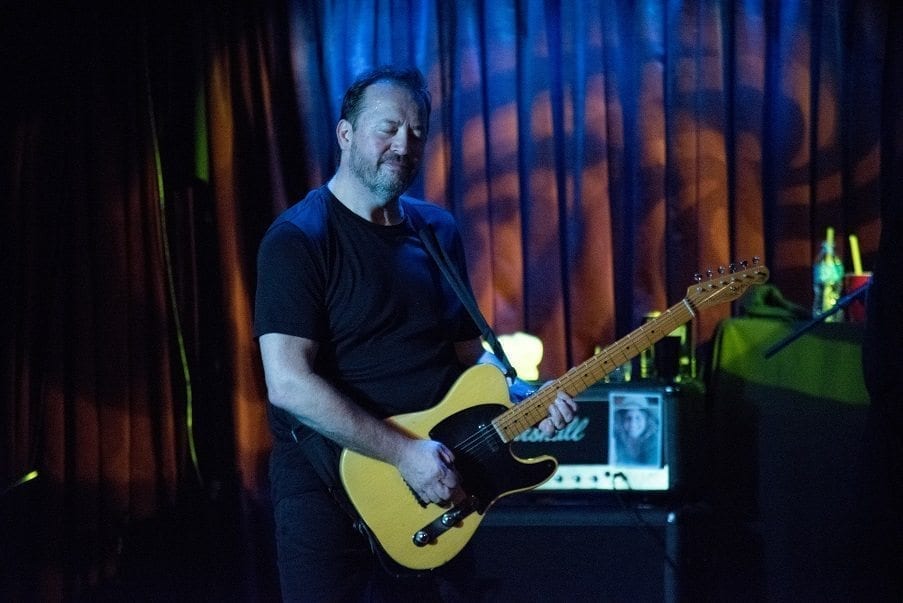 It’s unfortunate that DiNizio couldn’t play guitar or move his arms.  He still sounds great and hasn’t lost a bit of the voice that made The Smithereens great.  DiNizio, the Scotch Plains, New Jersey native slipped on ice on his back porch and injured his hand a few years ago.  A couple of weeks later, he slipped in his bathtub and crashed his elbow on the side of the tub. These injuries left him with extensive nerve damage.

The Smithereens played twenty-three songs out of their huge library.  They were on stage for two hours.  One can only hope that DiNizio’s arms heal and he continue playing guitar and writing new songs. 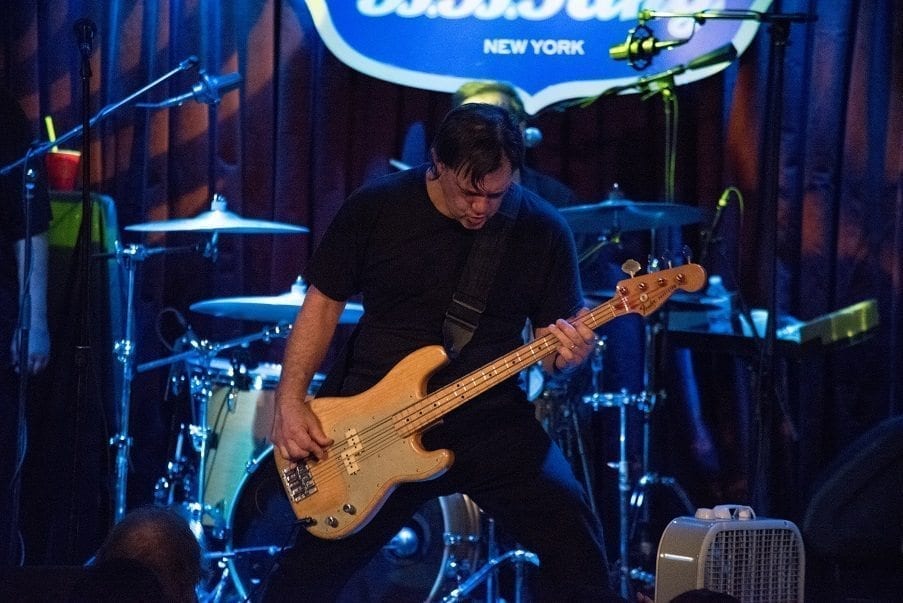 Check out the full gallery of photos of this show by Mark Ashe.