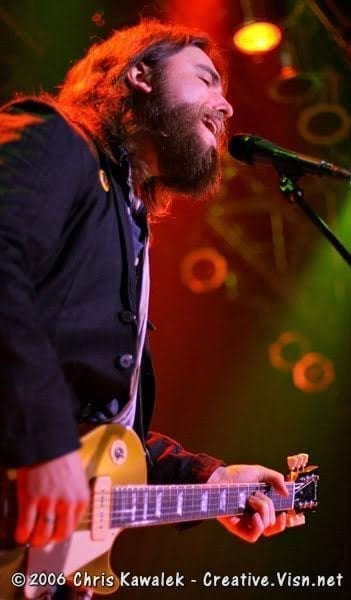 Troy Gonyea has been touted as the “next generation” of blues players, sharing the stage and touring nationally and internationally with such best known heavy hitters as Booker T Jones, The Fabulous Thunderbirds, Marc Ford, and The Muddy Waters’ Band, but he got his humble beginnings at the tender age of 15 in the Central Massachusetts City of Worcester. Feeling the pull of his hometown roots, every Thursday for the months of January, February, and perhaps beyond, Troy will be bring the blues to the Bull Mansion and joining him will be an all-star line up of blues players with special guest Jon Short opening up the evening.  There will be three sets nightly – 8:00, 9:30 & 10:30pm and your ticket gains entry to the venue where guests may stay for as long as they’d like.

With Troy on guitar, vocals and harmonica he’ll be backed by Brooks Milgate on upright piano and Hammond organ, from The Curtis Mayflower, Marty Richards on drums, who’s played alongside such bands as Joe Perry Project, J. Geils Band, Dizzy Gillespie, and Marty Ballou on bass, who’s career includes playing with Roomful of Blues and many more.

Fellow Worcester legend and school teacher, Big Jon Short, will be opening the night. Armed with foot percussion, a National Reso-phonic Guitar and Lowebow cigar-box reso-hillharp, Big Jon’s high energy solo performances bring a foot-stomping show that taps into the heart of the songs, regional styles, and folklore of the Blues and its importance to American music. He was awarded the 2010 Worcester Cultural Commission Artist Fellowship for his work as a Blues performer and educator.

Each week at the Bull Mansion, dinner will feature different BBQ dishes for only $10 each, from Chef Gary Ankin, former Assistant Pit Boss at locally acclaimed B.T.’s Smokehouse in Sturbridge, MA.  The menu is a separate up charge from your admission.

Complimentary parking available in their
Chestnut Street lot after 5:30pm.