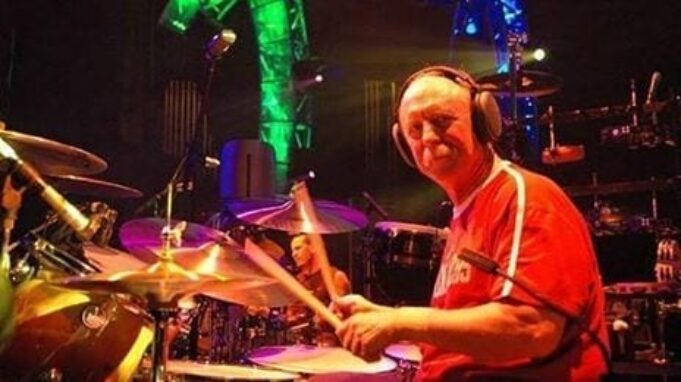 Butch Trucks of the Allman Brothers Dead at 69

From the video channel of Music Masters Camps

Rolling Stone is reporting that Butch Trucks, a founding member of the Allman Brothers Band, has passed away at the age of 69.  “The Trucks and Allman Brothers Band families request all of Butch’s friends and fans to please respect our privacy at this time of sadness for our loss,” Trucks’ rep said in a statement. “Butch will play on in our hearts forever.”

In the last year or two Trucks had been traveling the country in his own band Butch Trucks and the Freight Train Band.

Donations and remembrances in Butch’s name may be made to The Big House Museum in Macon, Georgia: www.thebighousemuseum.com

Health concerns have been plaguing the band of late with Greg Allman spending much of 2016 battling health issues.  The Allman Brothers have been off of the road for a few years since their finale at the Beacon Theatre in NYC in the fall of 2014.  They were the definition of  southern rock, with hits spanning a decades-long career.

Trucks additionally hosted a rock and roll camp excursion called Roots Rock Revival in which he gathered amazing musicians to network and work musically with fans for a few days in the Catskill Mountain foothills.  His influence can be felt throughout both the southern rock and jam rock genres, and his drumming with fellow Allman Brothers Band member Jaimoe helped to define exactly why you may wish to have two drummers in a band.

Best wishes from all of us here out to his friends, family and fans.  He will be missed.

Drummer Rory Walsh (Desert Rain, Don Cherry, rice – An American Band, and dozens of other bands) says “He was one of my favorites.  He just got better as he got older, he’s even better now than he was on the Fillmore albums..  One of the all time greats.  He and Jaimoe are the guys who made the transition from jazz and rock on the drums.”

Our reviewer Christopher Snyder remembers, “At The Peach Music Festival in 2013 I had the opportunity to meet Butch Trucks backstage. As he got off the stage with The Allman Brothers Band we chatted for a little. He gave me $hit for my Phillies hat (He’s a Braves fan). The next day we passed each other and he gave me a big smile and a point. Thanks for the music over the years.”

Scott Forsyth of Grey Area Productions and the Rex Theater in Pittsburgh remembers Trucks. “I spent some time with Butch Trucks, during the Flying Frog Records years… Butch and the whole Allman Brothers Band organization had a huge positive impact on the development of the touring industry that we all know today. I was just mentioning to John Popper that I wont forget the kindness and respect that Blues Traveler showed to their touring partners and support acts, and the wisdom of the ABB that they paid forward. I saw it firsthand when Schleigho was doing dates with the ABB one summer, as well. That respect and kindness is something that I still work to emulate, to this day. Like ripples in a pond, those philosophies have resonated into my life, and the lives of thousands of others who work in this business, and I like to think that I’m a better person for it. Thanks Butch, and thanks to everyone who keeps the concert industry bearable by being good people.

Eric Gould from Pink Talking Phish and formerly of Particle remembers.  “Butch was courting Particle years back for his record label. We had some great hang time together. As many know he is filled with stories and uncensored strong opinions.  We performed Berkfest during that same year and he was side stage for our show. About 15 minutes into our 1st song the power went out. It never came back on.  We kept the energy going. It was pitch dark but between the drum set, some percussion and a melodic we still had some rhythm happening. Most importantly: there were lockers in the back of the room and the audience was jamming with us.  At one point Butch hopped on the kit and jammed out for a good while. The audience had no idea that they were jamming out with a member of the Allman Brothers.  Fun times. Thanks for everything, Butch!”

From the video channel of Blues Broad