Packed, packed, packed. Toads Place in New Haven, CT on Thursday night was a hothouse of hippie-colored, whimsically-fluttering college kids. But the buzzing crowd was as awesome as it was overwhelming too, because on stage Dopapod was delivering the good stuff and getting through to the heady, music-loving cores of everybody crammed into that room. Hard to be uncomfortable in a super-tight space when everybody in that space is getting super down. Note: Pigeons Playing Ping Pong headed off the night with what, according to word, was a rousing and groove-worthy set, but I only caught Dopapod’s set, sadly.

If Dopapod were to have that thing in the music world called a “hit,” it might be “Trapper Keeper”, at least just compositionally speaking–it’s catchy parts ensure that, and it seems to get the best response in crowds sometimes. But to fans continual delight these recent tours, this is one tune in particular that they’ve been jamming out in a different way every single time it’s gotten played. Some blaze hot all the way through, some have dripped in truer funk, and some, like last night, take a melodic journey. 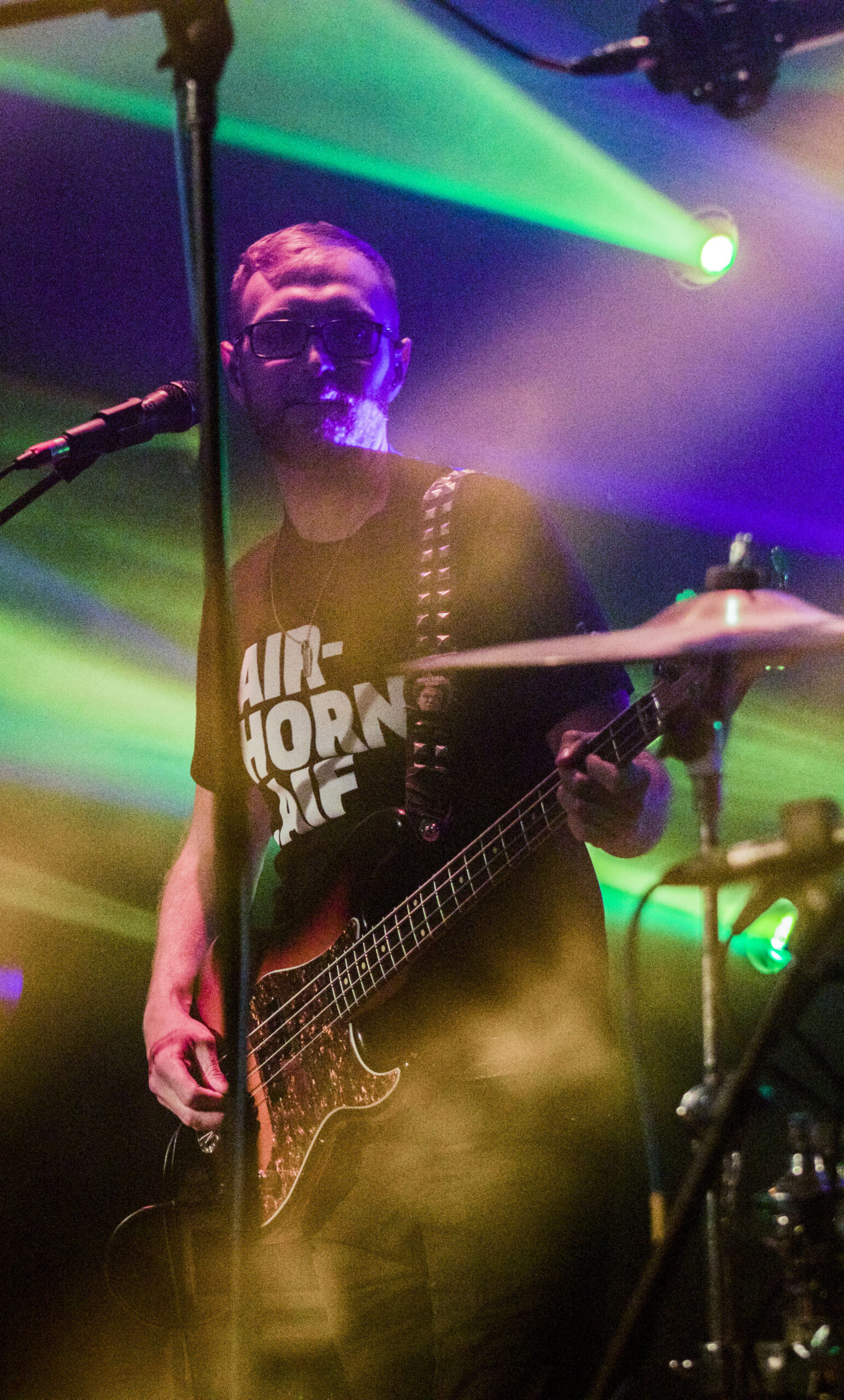 This Trapper went hand in hand with the equally drawn out “Freight Train”: both jams stepped back for longer, more patient waltzes through spacey, cosmic territory of improv, while keeping rhythms just crunchy enough to accompany the cool musical searching.

This kind of musical searching came to a head first in the pairing of Cloud World -> Blast, where Cloud spiraled along in some more of this blessed, thoughtful improv, and then boiled up into a cathartic, final energy release of Blast. If you’re at at Dopapod show in the coming future, a personal recommendation is to stand for a few minutes near recently re-united drummer Neal Evans. Evans is, among possessing other musical qualities, a repeating tour de force of power throughout any particular night, and to watch him churn out this power up close is a real visual and auditory treat. At some point late in the setlist, he took a super-miniature drum break that felt out of the blue, but at the same time felt like that awesome, cathartic release of energy.

But the band’s signature branded mashup of heavy-meets-melodic really came through in the wonderful version of “Weird Charlie,” a jam for the night. It’s been said a few times now: Rob Compa rules that slide. It seems like an unexpected surprise, because a lot of his terrain lands on more classic epic-rock guitar playing, such as you’d hear from Floyd or modern prog-masters. But every once in awhile-and this is something he shares with Eli over on the keys- he jumps up into the action with a really more more melodic, at times even jazzier, way of playing, supreme playing actually, that takes you aback. Such that it makes you shake your head and go, “Okay, these guys bring the heavy but man can they play masterfully, too.” This might be what gives Rob a hell of a feel for that slide, and the way it fit into their jam last night couldn’t have been cooler.

They finished off with a novel encore in Floyd’s “Young Lust,” well played and well-suited to their particular band sound. They continue their tour with Pigeons Playing Ping Pong through the North this weekend, and week, playing in Northampton, Syracuse, and Buffalo, then they’ll start to head South.