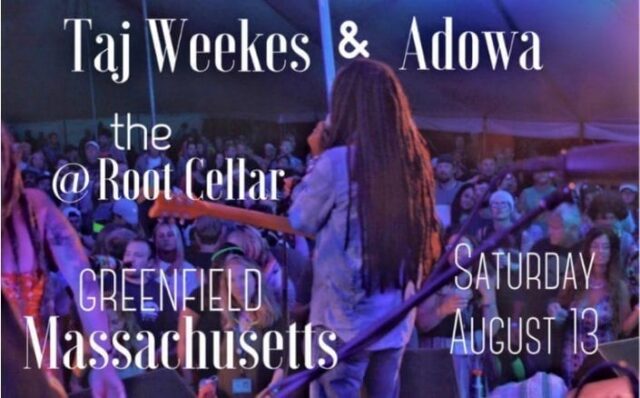 It was a busy day of music for me, performing at the Alive and Dead festival in Woodford Vermont, catching the solo acoustic benefit show by Adam Ezra, and finally sticking around Greenfield’s newest music venue the Root Cellar.  I had been familiar with Taj Weekes and Adowa for about ten years, but this was my first opportunity to catch the band hailing originally from Saint Lucia but now residing in New York state.

I had some very nice conversations with Taj before the performance about his work with charities in St Lucia including Unicef and his current mission of educating everyone about the incredibly high rate of diabetes on the island.  We talked about his world travels, and how difficult it was for him as a young man to come to the United States and get used to the winter weather.

There was a nice crowd building for his set and they received the band with warmth and expectation.  The lineup consisted of drums, lead guitar, bass, keyboards, a backing vocalist and Taj on vocals and rhythm guitar.  Their music could easily be described as reggae but that would miss the myriad influences that infuse the sound.   At times there were diverse yet directed references to latin jazz, world music and jazz spread liberally but carefully into the set.  Meticulous in composition and  execution the band wound their way through two sets and captivated the crowd.

The band was great, complimenting Weekes’ vocals and songs really well. In particular the keyboard player really jumped out as an amazing player, oftentimes covering two keyboards parts simultaneously, she was captivating to watch. Supplemental vocals supplied by Jennifer Schulteis were also excellent and the blend between her and Weekes enhanced both the sound and the delivery of the song’s meaning. The rest of the band were excellent from top to bottom, able to supply both the foundations of the music and to be able to inject the other requisite sounds to diversify style and content.

The Root Cellar was also a joy, with quality craft brews, attentive and congenial staff, a nice dance floor and welcoming atmosphere.  The club has only been open for a few weeks but is already distinguishing itself as a place to go and easily enjoy high quality music at an affordable rate.  Greenfield has ached for a quality music venue and the size and atmosphere of the Root Cellar make for the perfect answer.  I enjoyed the cold brew coffee that they have on tap, once straight and the next one as an alcohol drink of the house.  They also have kambucha and juice infused cocktails.

There are a ton of great shows coming up there and I will be returning to see them! 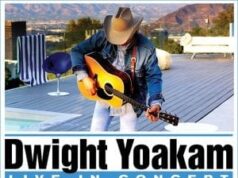 Colorway and rice – an American Band at Hawks and Reed-February...