This past weekend on the grounds of The Old Pool Farm near Schwenksville, PA in the outskirts of Philadelphia, the 55th annual Philadelphia Folk Festival joyfully reaffirmed everything that a music festival is supposed to be about. A volunteer driven event, held for at least 4 decades on the same farm this festival is rumored to be the “longest continuously running outdoor music festival in North America” — but not “in the world.” . It is not uncommon to see four generation families camping in well established campsites. The festival is put on by the non-profit Philadelphia Folksong Society.

With six stages, the infrastructure of the festival is run by roughly 2,000 volunteers, many who camp out for weeks prior while prepping the farmland for the onslaught of approximately an additional 7,000-8,000 camping attendees. Being roughly an hour from Philly, as an additional 10-15,000 Day Trippers may be in attendance on any given year.

This year’s lineup included; The Wood Brothers, Del & Dawg, Los Lobos and a list so long featuring local artists, national artists and international artists. There were workshops, lectures, crafts, and of course the Give and Take Jugglers performing and instructing the young and young at heart the secrets of the circus.  Massachusetts folkies Darlingside provided a great set:

On a sad note, perennial Master of Ceremonies, Gene Shay was no able to attend this year on advise of his doctor, due to the extreme heat the east coast has been experiencing.

The thing that sets the Philly Folk Festival apart from other festivals is that people come as much for the camping experience and the music made in the campground as they do for music provided on stage. The campground is alive with activity throughout the night, usually until dawn with campfire jam sessions. Musicians of all levels, from novice to professional and often performing artists who were on stage just hours earlier, come together at well established campsites. Wandering minstrels are welcomed to join in making for an ever changing and often inspired exchange of musical ideas.

Another cool aspect is the culture tent at which people can hear from artists as they answer questions and explore their musical intentions and influences.

What this festival offers, that is often missing from the bigger festivals now occurring on most weekends is “community”. Some of the campsites have been well established over decades and it’s not uncommon to see three and even four generations of camping together year after year. If the “Super-Concert” style, mega-fests are not your thing I highly recommend checking out the Philadelphia Folk Festival. Day passes are available but I suggest you take the plunge and go all out camping and consider volunteering for the full experience. 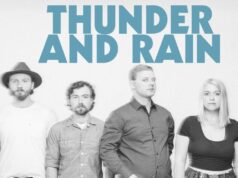 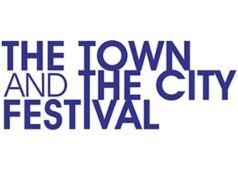 The Town and the City Festival Lineup Announced

The Town & The City Festival