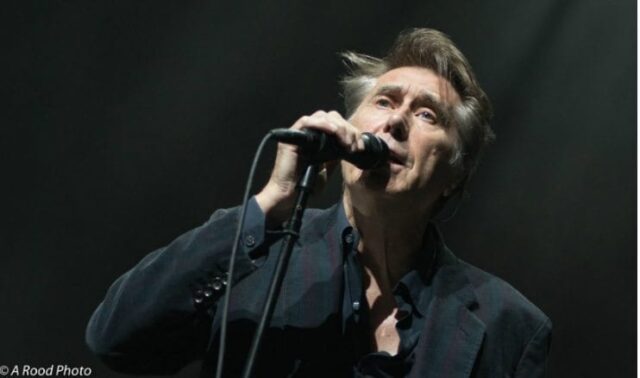 Bryan Ferry finished his U.S. Tour Thursday night at the newly badged Microsoft Theater in Los Angeles. Although promoting his latest album Avonmore, the audience only got to experience the first two tracks on the album which opened up the show. From there we were entertained with a fantastic mix of Bryan Ferry and classic Roxy Music tunes including favorites such as ‘Slave to Love‘, ‘Don’t Stop the Dance‘, ‘Avalon‘ and ‘Love is the Drug‘ among others that spanned the 45 years of the crooner’s musical career.

For a gallery of photos by Steven Rood click here.

Bryan’s sultry voice was spot-on and had no sign of weakening after his 32 show, 2016 tour and performing approximately 25 songs.  He played some surprising covers including Bob Dylan’s Don’t Think Twice It’s Alright, Wilbert Harrison’s Let’s Stick Together, the Jerome Kern classic Smoke Gets in Your Eyes,  and during the encore John Lennon’s Jealous Guy (he even did the whistling solo that is a key element) and then went into Do the Strand .  The encore was a classic Roxy Music song, Both Ends Burning.
Ferry’s touring band consisted of a stage-packed 10 piece band including Joe Strummer’s (the Clash) drummer, Luke Bullen, Jorja Chalmers on Tenor, Alto and synthesizer, Jacob Quistgaard on lead guitar and Paul Beard on keyboard among several others who re-created the well-known music from one of England’s most beloved exports.  The audience sang along throughout the evening as they were brought back in time to when they heard this music for the first time, sharing memories and making news ones. 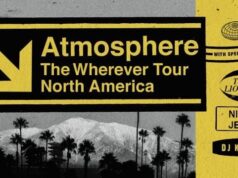 Live Music News & Review was born out of a love of live music and the wish to chronicle the amazing shows happening around the country. Stories and reviews are born both from our editorial board and from readers just like you around the country.
Contact us: [email protected]
6,374FansLike
254FollowersFollow
312FollowersFollow
10SubscribersSubscribe