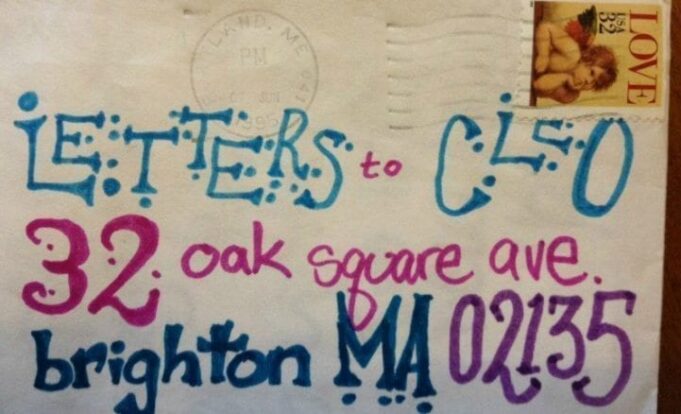 August 23, 2016 – Boston alt-rock band Letters to Cleo will be reuniting this fall with original members Kay Hanley (vocals), Michael Eisenstein (guitar), Stacy Jones (drums), and Greg McKenna (guitar). The band will be releasing new music for the first time in seventeen years. The five song EP is available for pre-order in multiple formats through Pledge Music . The EP will be released worldwide on all major digital services on September 30th.

For the band, staying true to the chemistry that defined their sound throughout the 90’s was key to the creation of this new record.  “It‘s a blast,” says McKenna. “I mean, we spent our formative years learning how to do this stuff together. When it was done, we went out and lived our lives and now everyone‘s bringing their experiences back to this at a new level of musicianship, but writing with these guys still feels effortless.”

The songs are instantly recognizable Letters to Cleo concoctions that fans will devour. “It feels completely unforced. It sounds like classic Cleo. But at the same time, there‘s nothing nostalgic about it,” says Jones. From Eisenstein’s fierce, angular guitars locking horns with Jones’ roaring locomotive rhythm on “Hitch A Ride” to McKenna and Hanley’s signature melodic ESP on “Good Right Here,” the Cleo bandmates are in prizefighter form.

Following the release of the record the band will be heading out on the road playing songs from the new EP, along with Letters to Cleo classics and fan favorites, in select markets in the U.S.

Letters to Cleo formed in 1990 in Boston, lead by guitarist Greg Mckenna and singer Kay Hanley. The band came onto the National spotlight with the release of their first big hit single “Here & Now,” released by Giant Records (a subsidiary of Warner Brothers Records). The song reached No. 10 on the Billboard Modern Rock Singles chart. The bands music could be heard on many of the top TV shows and films through out the 1990’s, including the cult classic 10 Things I Hate About You, where the band contributed 4 songs to the soundtrack and were feature in the film.  The band played their last show in 2000 and each members went on to have successful careers working in different areas of music from production, writing, performance, musical directing etc.