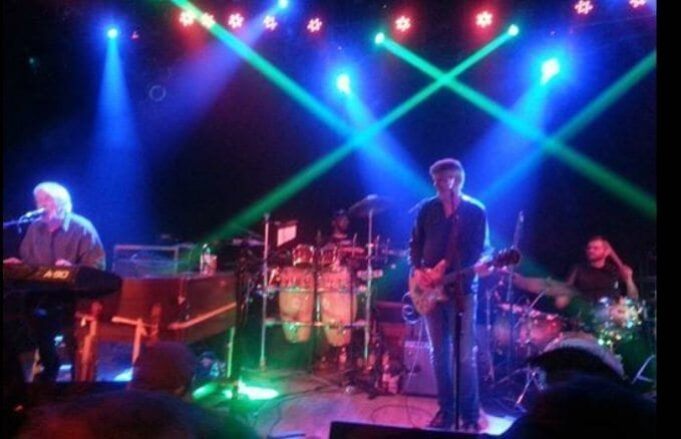 Forty five years is a long time.  I have been on earth for only slightly more time.  For each of the last forty five years, there has been a band called Max Creek.  Named for a town in Virginia but really having come to symbolize a certain New England jamming life style, Max Creek has played nearly every bar, nightclub, festival, concert series and juke joint from Boston to Buffalo, and taken forays to far flung locales from TN to CO to California, Oregon, and even Costa Rica.  Their fans are as loyal as they come, and the band rewards their loyalty with a rich tableau of songs that unfurl in a tapestry of sound each and every night that the band performs. 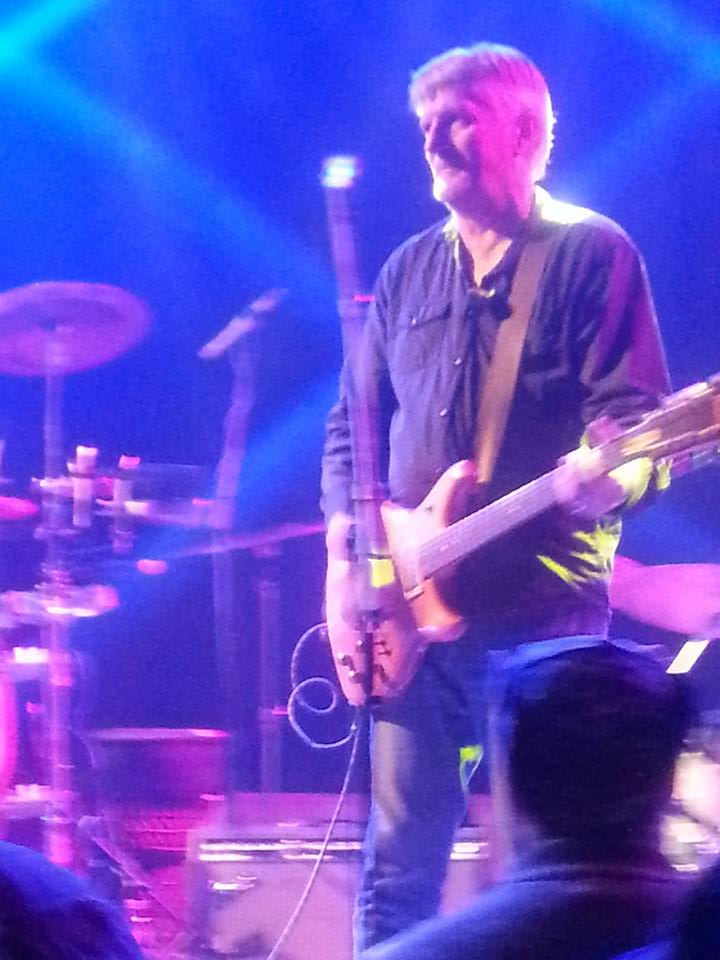 So it was with eagerness that we ventured down I 91 from our MA homes to southern CT and Toad’s place, that venerated concert hall that has seen really any one worth being on a stage through their doors in decades of hosting concerts.  How would a band with so much history take to this historical show?  As it turns out, exactly like every other show, but with a wink and a nod toward both the past and the future.

The show opened and helped to define the first set as a look back at the band’s classic material.  Wild Side with John Rider rocking the vocals, unfolded for more than fifteen minutes to open the show.  Mark Mercier took up the mic next to serve up some Hard Love.  When Scott Murawski took over with Willow Tree I was completely settled in and in Max Creek heaven.  With this trio of openers it could really be any show over the last thirty years with Max Creek hitting it on all cylinders.

So when drummer Bill Carbone took his turn on the lead vocals next with Lovin You Is Sweeter Than Ever we defined ourselves within the modern era.  The band did a great job of backing him with great backing vocals helping to define the band as a concert band, more than anything else.  Delivering songs with technical skill and energy, serving up a platter of tunes and talent.

More classics with a very lengthy and spirited Devil’s Heart followed by a slinky Band from Chicago.  I ran into all sorts of folks from my festival and club going present to my distance past- some friends I’ve known almost thirty years but would only really see at a Creek show- reminding me of why this band is so special to not only me, but lots of fans.  A wink and a nod toward modernity with the set one closer, How Many People Are You?  I was not familiar with the song, and while I was watching it I got a really distinct Mike Gordon vibe off of it, and with Murawski singing lead, that perhaps it was material he worked with Gordon in the band that they tour and write with together.

So I sidled up to my Worm buddy and asked him about it, and he confirmed that it was a song written by Muraswki within the Mike Gordon world, and that in fact Phish were playing it.  It is upbeat, and at times the crossfire is more than the lyric, but a clear connection between lyric and song energy.  During set break I got to ask Scotty about it, and he verified that it was one of his, and that Phish now does it, with that distinctive Scotty eye twinkle that is some sort of mixture of pride and wonder.

Full audio of the show provided by Motor Boat Captain:

Set two began with Mark Mercier’s take on the Elton John Bernie Taupin penned Border Song.  I love that period of western influenced songs that came out of those two in the mid 1970s and it was no surprise to find out that Mercier shared my admiration of that time.  Seamlessly the band transitioned into Little Feat’s Dixie Chicken.  The song is a natural fit for the band, and Murawski’s vocals perfectly deliver the combination of lazy droll and directed lyrics that the songs requires.  But what stood out most was the absolutely incendiary guitar solo that Scott delivered, which kept me riveted, eyes glued to his fret board, only to come out of my trance when he landed back into vocals and the final verse.  Sublime.  After the finale jam the band magically morphed back into the Border Song.  The perfect marriage of band and songs, talent and energy, the essence of Max Creek.

Some songs that were less familiar to me in John Rider’s vocal Peaceful Warrior, followed by Bill Carbone’s led Wouldn’t it be Nice.  That song was ethereal and unusual, with Carbone and Murawski trading vocal lines amidst a droning and enigmatic piece.  Mercier brought us back to the center with a great take on Old Stone and Broken Bones. 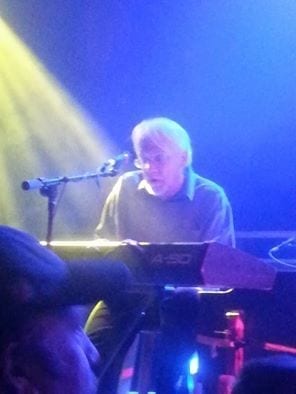 John Rider took us into a familiar space with the celebratory You’re the Only One for Me which he delivered with his typical aplomb.  I thought we were coasting toward the end of the set when percussionist Jay Stanley came up to center stage.  He whipped out an African thumb piano and started laying down some soulful melodies.  Murawski picked up on the vibe, and the two of them dueled licks.  Surprisingly Stanley picked up the vocal mic and alternated between singing and rapping through the tune Down in the Jungle.  He was able to illustrate that he had a command of the Max Creek vibe despite being the newest band member, and yet was able to pull and push the band into new directions.  Interestingly it was the song that stuck with me from the show for the rest of the night.  Specifically the lyric, “Into the Ocean” just really wouldn’t leave my mind- but not in that annoying way, in a way that just felt very comfortable.

The set closer was the Beatles classic Helter Skelter which the band played with all of the energy and attitude that you would want.  A quick departure from stage to close the set saw the band return for a pair of encores in short order.

Eamon Cronin of the band Riders on the Storm took the stage along with Max Creek and belted out a great version of One Way Out as done by the Allman Brothers. He’s a great vocalist and you could tell everyone was just having a great time.  And to close out the night was the Creek instrumental classic Back Porch Boogie Blues.

This night, the forty fifth anniversary of the band was classic Max Creek.  It always seemed classic, it always seemed special.  We were surrounded by friends and our Creek family and all was good in the world.  Next stop, Strangecreek.

Lovin You is Sweeter Than Ever

How Many People Are You?

Wouldn’t it be Nice

You’re the only one for Me

Down in the Jungle

E: One Way Out with Eamon Cronin