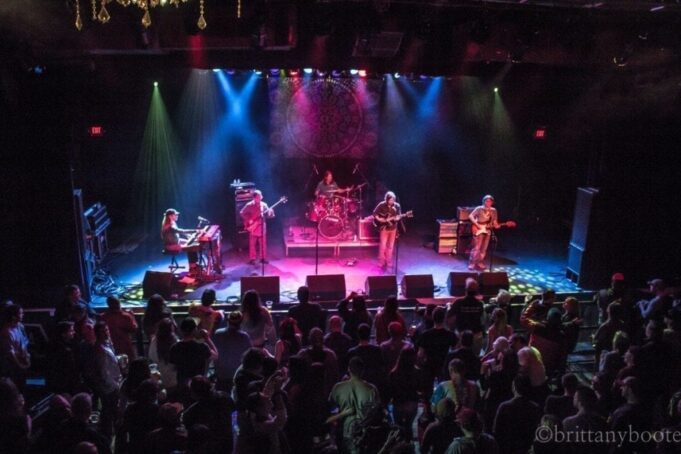 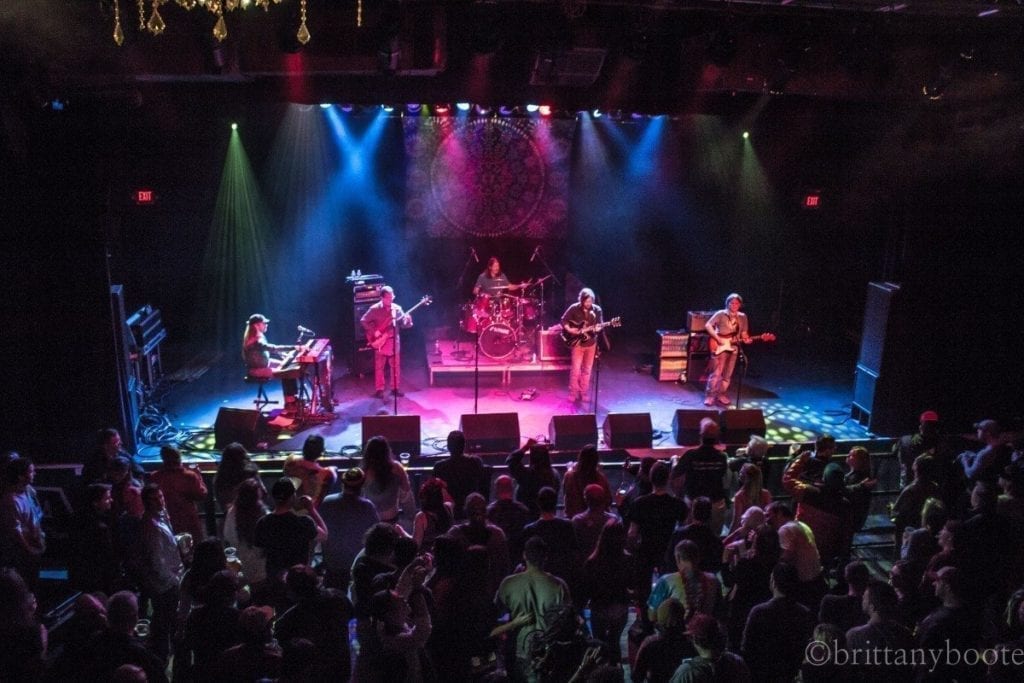 To see the full gallery of photos taken by Brittany Boote at our facebook page.

There is certainly something stimulating about the energy on South Street, Philadelphia on an unusually warm night in February. It was a combination of the anticipation of the show and the smell of Jim’s Cheesesteaks that had my senses switched completely on. I approached the outside of the Theatre of Living Arts, where I was heading to see Box Of Rain for my third time in the past year. 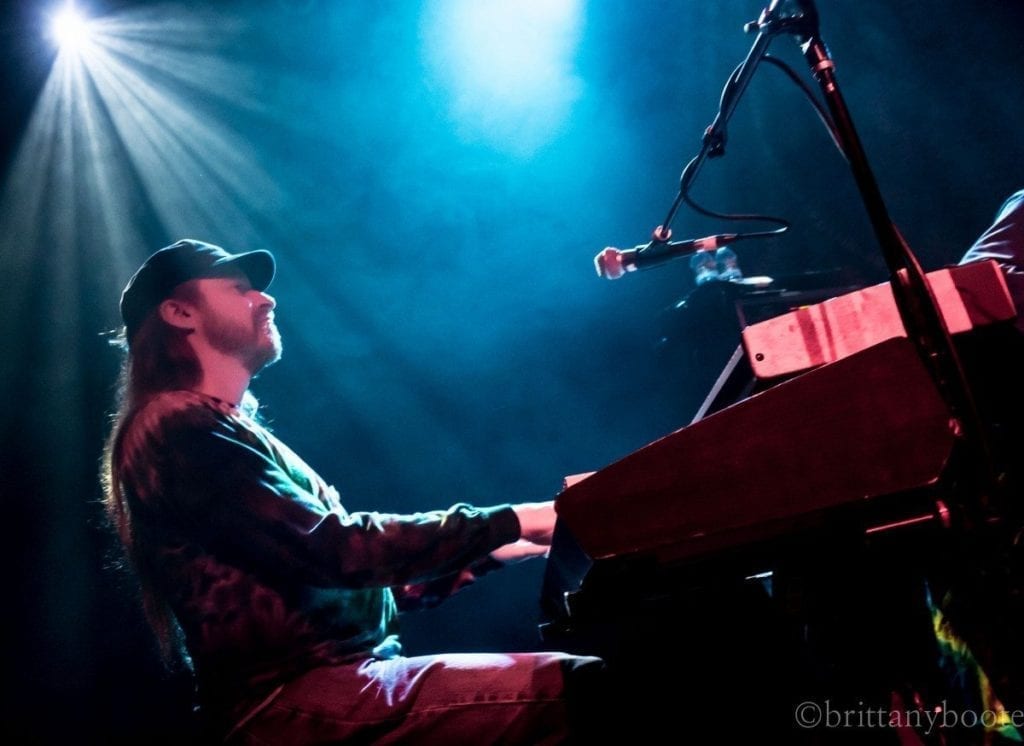 There was already an undeniable excitement surrounding the venue as passionate Grateful Dead fans were collected off the street and filtered into the building. This was my first time seeing a show at the TLA, and I was anxious to navigate around the space and see what the night would be all about.

I caught the end of the band’s first song as it kicked things off with “China Cat Sunflower” and kept the sounds flowing right along into “I Know You Rider.” That introduction to the evening set the tone, along with a sense of comfort, and confidence that it was going to be a considerably enjoyable performance from the guys this time around. I found my way to the front of the crowd and right into the photo pit with my camera. I never really have a standard strategy when it comes to deciding what to shoot first, or who, or in what ways or angles. I typically allow the flow of the performance to dictate how I approach capturing the moments between the energy of the musicians, the energy of the crowd, and how the performers relate to their audience. It’s something, the photo pit, where you are standing directly in between that transition.

In my somewhat limited experience with a typical Grateful Dead set, there really was never too much interaction with the audience, almost as if the guys just existed in this dimension of frequency where the communication was between each of them on stage, and had its own language entirely. It seems to me that Box Of Rain, in its own approach, has a very immediate response to its supporters that is unique to this band specifically. The band’s rendition of “Cassidy,” from my point of view, proved to be a crowd favorite. A cover of Kris Kristofferson’s “Me And Bobby McGee,” made famous by Janis Joplin, kicked up the energy of the room, and that’s when I saw the band connect with the crowd fully. There was a sense of unity in the atmosphere after that, and it didn’t end until the very last song. 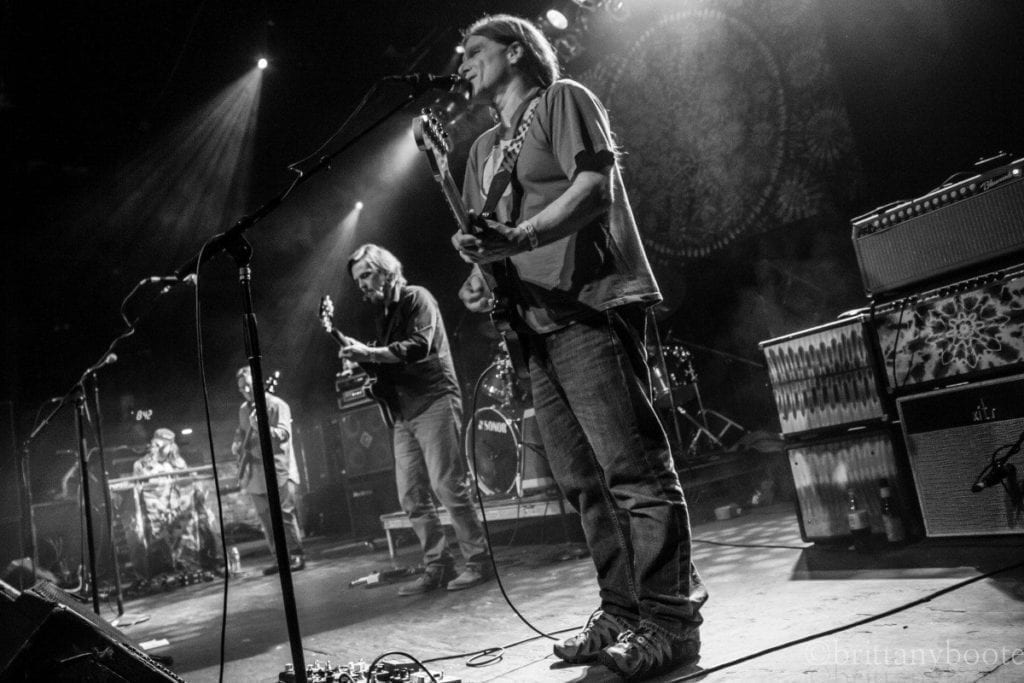 I ventured out into the sea of people, bouncing around, standing next to elated music fans; it was impossible not to move along with everyone and dance without even realizing you were. I had gone to buy a beer, but came to the liberating realization that I wasn’t even interested in drinking it. As if the beer were some kind of obstacle keeping me from moving freely and absorbing the electricity I felt while viewing the band, the people and the atmosphere in its entirety. I lost myself in some pleasant grooves that the band got itself into, then ventured to the upstairs of the venue, which had
been opened up due to the crowd multiplying as the night went on, and the first set came to a soothing end.

The second set was equally, if not more satisfying than the first. The band re-captured and enhanced the already pleased audience with “Good Lovin'” and an undeniable favorite “Casey Jones.” I had found my way into some conversations, shared some smiles. One conversation I remember specifically was when the band was breaking into “He’s Gone.” It was brought to my attention, in a muffled conversation, breaking through the sounds of the band and crowd, that the song is believed to be written about Mickey Hart’s father, Lenny who had disappeared. I was told that that song was often played whenever someone close to the band has passed on. I found that interesting, and gained a newfound appreciation for that tune. 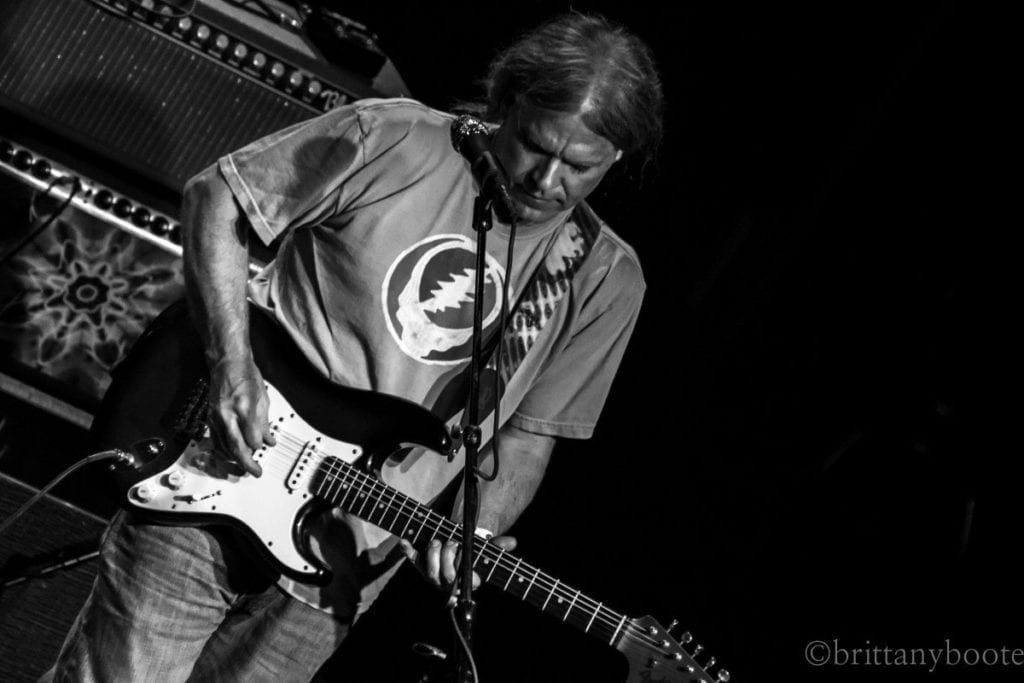 Shorty after my interaction had subsided, I had found myself smiling while the band made a very appropriate transition into “Truckin,'” one of my personal favorites. The boys ended the night on a high note, with “Sugar Magnolia.” Many of the complex and fluent jams the band and crowd lost themselves in contributed to a very harmonious, enjoyable and extensive performance. As the show concluded, the party people, the Dead-lovers, the peacemakers, the consistently
buzzing, energized, hot, sweaty and fulfilled show-goers, flooded back into the bright lights of South Street.

I found myself centered by them, and left the crowd behind to experience each other and the remainder of the night that they had found themselves committed to enjoying. 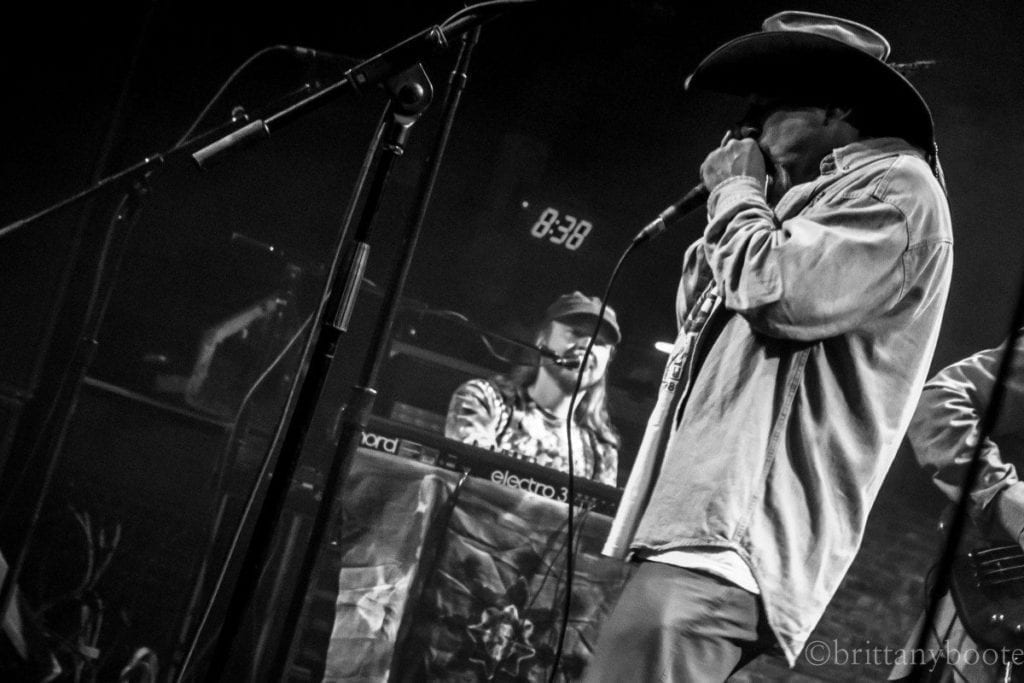 Next Time You See Me

To see the full gallery of photos taken by Brittany Boote at our facebook page.