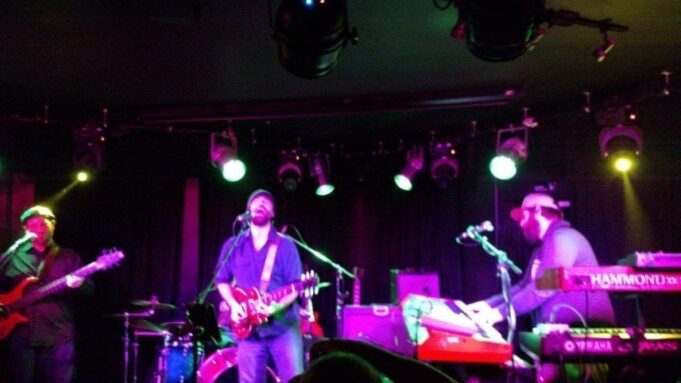 Pink Talking Fish is a band that combines the songs of Phish, Talking Heads, and Pink Floyd to create unbelievable shows and epic dance parties. I checked them out Friday night on their two night stand in Columbus. That was good, but when I went back Saturday my mind was blown. I’ll highlight the Saturday night show since I was only there for the first set on Friday.

The band began with In the Flesh (Pink Floyd), but during Psycho Killer (Talking Heads) audience participation was there, and the band seemed thrilled to feel so welcomed in Columbus. Some other songs they played were Famous Mockingbird (Phish), Punch You in the Eye (Phish), Run Like Hell (Pink Floyd), Dogs (Pink Floyd), and One of these Days (Pink Floyd).

There was a focused and driven quality of the band as they paid attention to each detail of every song. All four of them are great musicians, and three of the four sing. I was intrigued by the way the guitarist and keyboardist traded lines during Run Like Hell. Attention to detail on keyboard and guitar solos was fluent, and some of the audience members compared them to Dark Star Orchestra, a Grateful Dead cover band that is very successful. The magic in the band and their chemistry showed greatness, something that was too big for this small club. 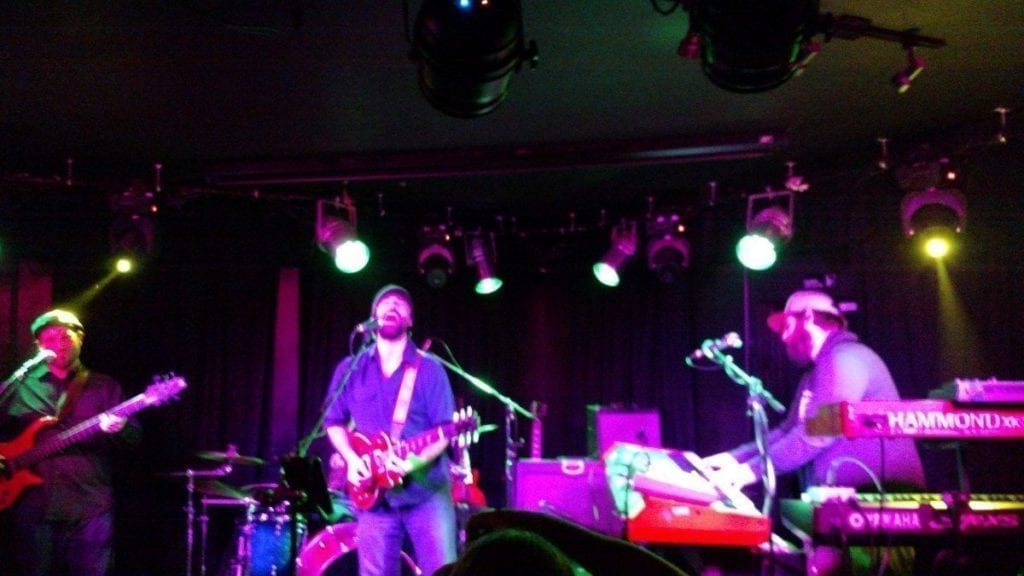 They truly are a Hollywood band who deserves to play bigger venues all over the states and beyond. This band is so solid, I must admit I had never experienced anything quite like it. The crowd was great, and the people I met were some of the friendliest, down to earth folk I’ve ever had contact with.

Let’s say you judge a band by the way the crowd is. Are they friendly, easygoing, and jovial? Yes. Does the band create an atmosphere in which this kind of behavior can succeed? Double Yes. Do the bands Grateful Dead and Phish create a similar atmosphere? Yes they do. So many Phish fans, so many wonderful people. It was a historic night for me. It made me love the band, and it helped me gain a bunch of new friends. The bassist has a permagrin, the guitarist has a multitude of facial expressions (as well as the hottest licks on guitar), and the keyboardist is a great enterpreter of the songs he sings. Not to mention a drummer who is just as incredible as the rest of the band. They are a group way above average, most impecable and admirable. The songs are played with passion and emotion. They have trully mastered their craft. Pink Talking Fish is on the rise and there is nothing that will stop them!

As I mentioned before, both nights the place was packed to the gills. The sound and lights made for an incredible show. Pink Talking Fish is a great band to check out, and they have plenty of shows through 2016 including a New Years’ run with The Werks in the Cincinnati area. For more info on the band and tour dates, visit their website.