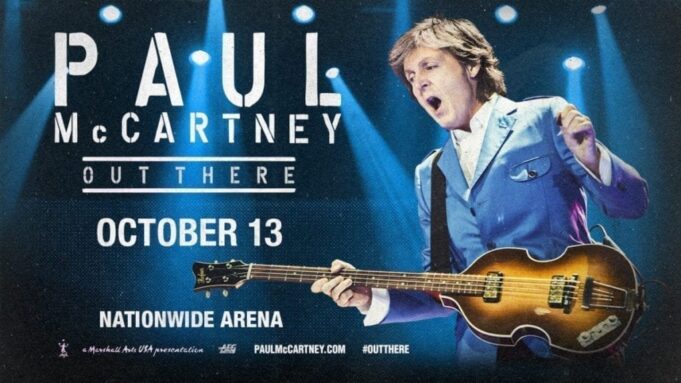 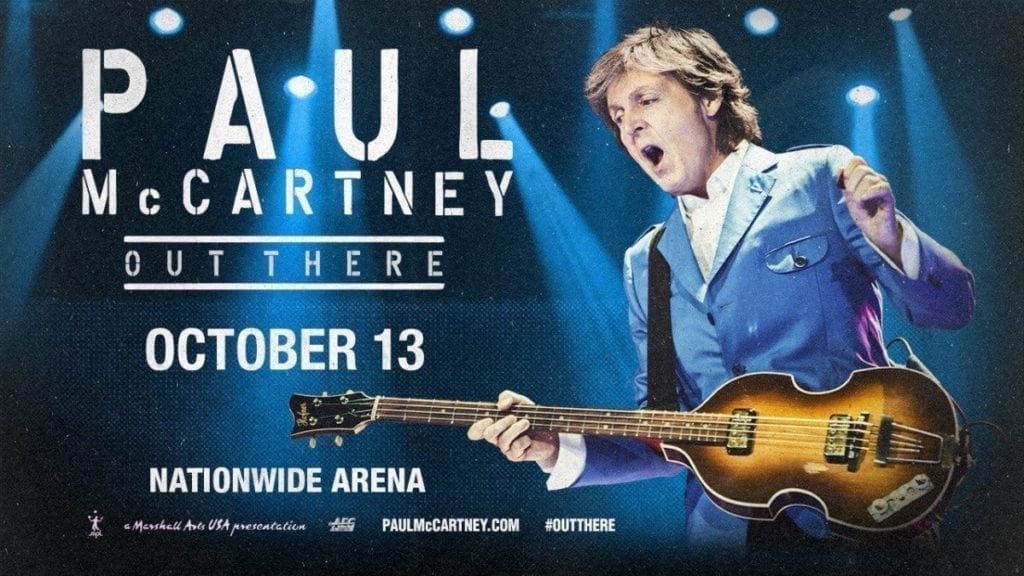 Ok, I know I write a lot of reviews. Also, some of you might be wondering how a little cowtown like Columbus is getting all these great acts to come through here. Truth be told, I have no idea. I think it might be that our team (OSU Buckeyes) won the national championship last winter and possibly these bands are coming through to congratulate us. Again, that’s just my theory, and theories aren’t facts.

The fact is, Paul McCartney is alive and strong at 73. He played a 39 song show last night with two separate encores. Now I had never seen a Beatle live in concert, but I thought he was done after like six songs. Not so. He plowed through about 20 songs before his fist encore, and he sang like a champ. He even talked to the crowd and told stories in between songs.

A highlight for me was when he showed us the eukelele that George Harrison gave to him, a Gibson, then started playing “Something” (Beatles Song) written by George. All of a sudden, mid song, the whole band starts up and all these images of George were on the screen. This was incredibly emotional for me, partly because I’m a huge George Harrison fan and partly because I play “Something” and sing it as well. George left us way too soon. And I don’t think he would have died so early if he hadn’t gotten stabbed by a crazy man a couple years before his death.

Paul whisked through some more tunes, some on acoustic, some on electric, some on bass, and some on piano. “1985” was a Wings tune that the band played perfectly. It was played early on in the set, and really got my spirits up. Another highlight was “Being for the Benefit of Mr. Kite,” a great rendition along with the strange organ sounds and horns from the Keyboardist/Background Vocalist/Acoustic Player/Strings/Whatnot Player who was in the back left corner. He was a wizard of a musician. And the drummer was great too, playing right in the pocket and delivering backing vocals on many songs.

I was amazed that Paul’s band sounded so rich being only a five piece. Paul told a story about “Blackbird” and how it originated. He had heard all the way over in England about some struggles African Americans were having way back in the 1960s, and he wrote “Blackbird” in hopes that some of them would somehow get to hear it and it might ease their burden. Then he played it on a rising stage and sang it on acoustic guitar. It was very moving. 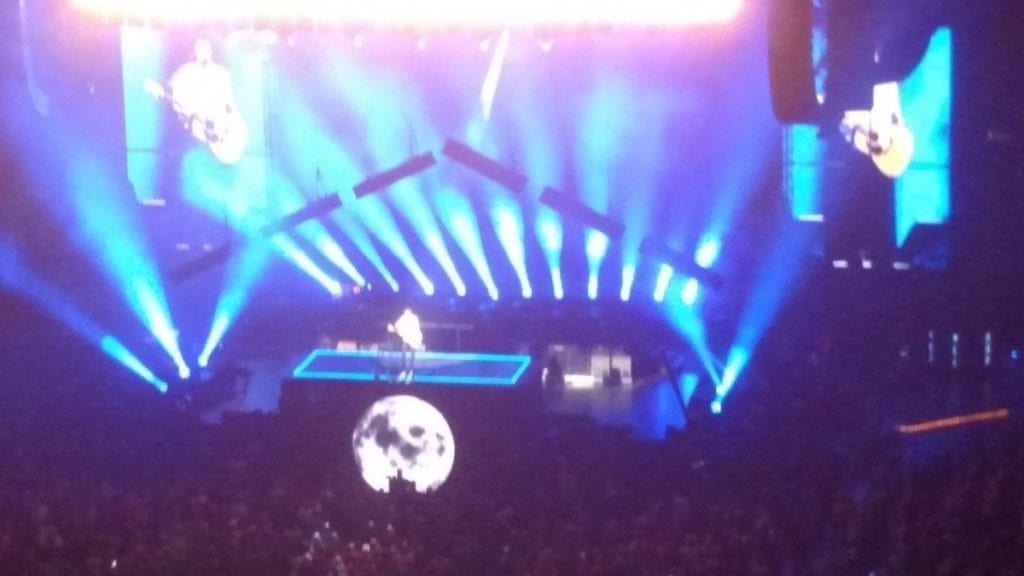 The thing about this show that was different from any other show was the impact it had on the audiences’ hearts. Paul told stories and played a long concert, but the stories got to you and the songs belted in the feelings that those songs were meant to do, almost as if you were feeling the writer writing the song.

For “Back in the USSR,” Paul told how years ago he played the Red Square in Moscow for the first time that any act had played there. He went on to say that there were Soviet military men backstage and government men as well. One of them said to him, “We learned how to speak English by listening to Beatles Records.  ‘Hello Goodbye.’ ” The crowd laughed.

The images projected on the screen during each song were specific and determined. The lasers that projected out to the crowd were mesmerizing and the performance was incredible. I’m so glad I went to this show, and now I know why Paul draws so many people at his concerts. He’s been a performer since the ’60s, and he has so much heart, as does his band. I didn’t see one angry person on the way out. Paul is from the Beatles and George Martin. His message is love. His songs are amazing and inspiring. He gave the audience what it needed. A good dose of love and a good dose of humor. If you have never seen Paul live, I would encourage you to get advance tickets and go to a show. I’ve seen so many concerts, but McCartney tops them all!

Drop us a line at [email protected] with your live music news, show review, concert memory, or just to say Hello!

Also, check out the search feature in the upper right and search for your favorite artist, genre, venue, or event. You’ll be surprised at the exclusive content that we have including photos, audio and video that you can’t easily find anywhere else.