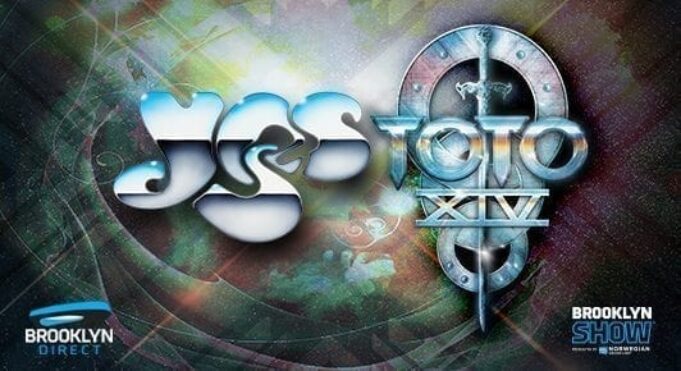 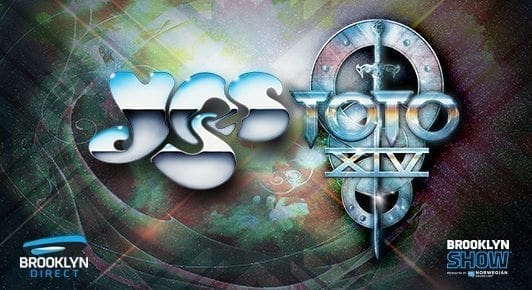 When you get a text at 6:15 in the morning for free tickets to Toto and Yes in less than 12 hours, how do you say no? If you had a major “Yes” phase from 13-15 years old, the obvious answer is Yes. Our party of four turned into a party of three within those 12 hours. The pre-bar conversation was “Where did Toto get their name from” we must find a super-fan to ask, and “Have you ever heard the Toto song ‘Georgy Porgy'”? I don’t know Georgy Porgy, 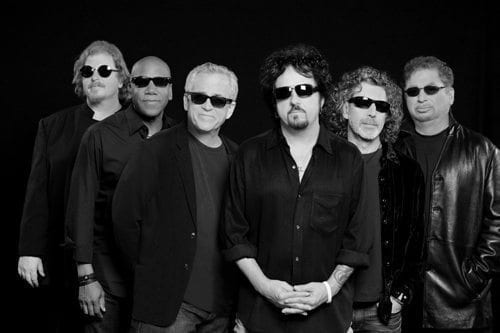 but I can clearly sing along with three other Toto songs. As it turns out, Georgy Porgy is a pudding pie, kissed the girls and made them cry. Barclays seats 16,000ish, the upper tier is draped off with black curtains and so is the entire rear of the stage, leading me to believe the maximum attendance will be fewer than 6,000; if I had to guess by the unfilled sections in the lower bowl, 4,000 may have been the top attendance tonight. Here’s my two cents, A) They way overshot the anticipated attendance B) Don’t use a week night for the largest room of your tour, if the average age of your concertgoer is 50+. Lights go down and refrains from The Wizard of Oz‘s “Wicked Witch Theme” begins, answering the now-obvious question where did “Toto” get their name from. Toto is an extremely hard working band, with 38 years under their belt. Four original members were on stage tonight.

The band revolves around Steve “Luke” Lukather, lead guitar player and while it doesn’t show up in their chart topping hits, Luke has got some amazing chops. One of his solos in the first half of their set had all the rock-god coliseum pyrotechnics you could possibly wish for, switching styles between Eddie Van Halen and Jimi Hendrix and throwing in 12 amazing bars from “Little Wing.” The other

original members on stage we’re David Paich, upright piano, Steve Porcaro keys and synth and David Hungate holding down the rhythm section with the bass. Factoid: The members of Toto have played on a combined 5,000+ albums. Lots of time in the studio for these veterans. Toto has 3 songs that everyone recognizes and with a set that’s 70+ minutes in length, they try awfully hard to get everyone on their feet for the other 11 songs you don’t recognize.

Fourth song in, they play “Georgy Porgy,” and our friend Heather seems to be one of the few in the room that knows it well. 6 songs in they play “Rosanna” and now everyone gets to their feet, iPhone in hand to record the moment, embrace the digital glow of the room signifying a popular song. Other songs in their set may or may not have included: “99,” “I’ll Be Over You,” “I Won’t Hold You Back” and “Pamela.”  To close out their set, “Hold The Line” which I swore was called “Love Isn’t Always on Time” and “Africa” meet the rousing enthusiasm of the sit-down crowd who are slightly more intoxicated and ready to dance, we’ll at least that’s true for me. I really enjoyed “Africa” as they opened with a poly-rhythmic beat that reminded me of “River of Dreams” from Billy Joel. Of course they played the extended version of Africa stretching 4 minutes into a solid 10 minutes, replete with call-and-response from the crowd that put a smile on everyone’s face.

Next up is YES and all the fans know founding member Chris Squire has passed away less than 45 days earlier. The big screen illuminates and we’re treated to a 5-minute video montage of Chris Squire with the song called “Onward” from Yes’ “Tormato” album as the soundtrack. Chris Squire was the master of the Rickenbacker bass, and played with the band from 1969 through 2014 as their 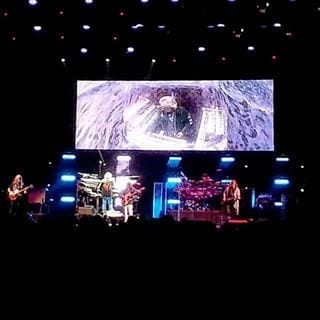 sole bassist. Mr. Squire is the only member of Yes to have played on all 21 studio albums, and it appears he played live with YES more than any other member. Side note, the last concert I saw was the Grateful Dead in Chicago that closed out three nights with a video montage of past members, and now this is juxtaposed with Yes opening their show with a video montage of a past member.

Onstage tonight, we only have 2 “original” members Steve Howe on guitar and Alan White on drums, the quotations on original is that Howe joined in 1970 and White joined in 1972, while the band formed in 1968 with Jon Anderson (vocals) and Chris Squire (bass) Peter Banks (guitarist), Bill Bruford (drums) Tony Kaye (keys). First up is “Don’t Kill the Whale”, followed by “Tempus Fugit” with synth vocal refrains of “Yes, yes” which I still warms my heart and one of the meanest bass lines in all of rock n’ roll you will hear. This segues into a cover of Simon and Garfunkel’s “America” like you’ve never heard before, with a southern dirty blues solo in the middle by Steve Howe, which seems appropriate for the name of the song. Next highlight, which I had forgotten about for at least 20 years, is “Clap” which is a solo acoustic guitar instrumental by Steve Howe, which is a sound and sight to behold.

From the video channel of Kevin Coughlin

Additional highlights include “All Good People,” “Owner of a Lonely Heart,” closing with “Roundabout” and encoring with “Starship Trooper” off their self-titled album in 1971. This evening was a mellow affair and smaller room like Radio City Music Hall would have done both bands and the fans more justice. I always remember Yes being more crisp and LOUD, while the music tonight was a little muddled and soft. 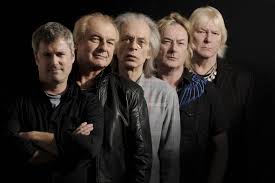 The only comparison I have for a live Yes show was in the early 1990’s under the names Anderson Bruford Wakeman and Howe, with Tony Levin on bass and I clearly remember they ripped the roof off the joint that night. Not tonight, but a valiant effort and a nice trip back down memory lane to 1982-1984. The answer is Yes!