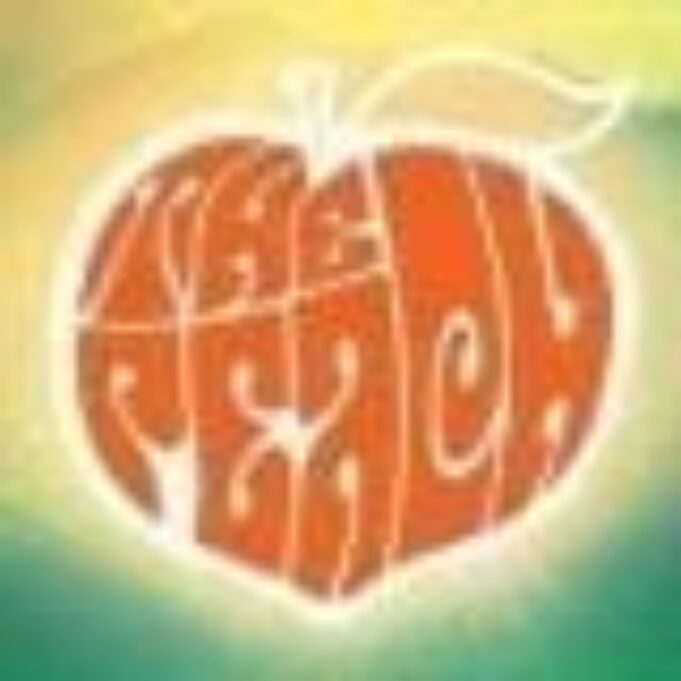 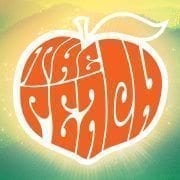 I arrived to peach fest a tad late at around 8:05 PM on Saturday, to my surprise there was no traffic and quick bus ride in. I sprinted over to the Grove stage to see one of my favorite bands and friends play, “Flux Capacitor.” I gathered many in the main stage who have never seen them and told them they wouldn’t be disappointed. I ran into a crowd of loving fans and got right up front.

Flux had a crowd going crazy playing “They Know We Know” with Pete Specht singing prophetic lyrics backed by Jason Specht’s extremely tight drum infused ability to control the pace of the flow  and a break down on Mike Specht’s synth. Flux has the ability to dive into multiple genres’ they can cover just about any song and make it their own and on top of that ability they write some of the best songs of our generation they are the kings of the underground in my book.  A band that truly needs to be heard by many more.  I got to hear one of my personal favorites “Light at the End of the Tunnel” towards the end of the night. Flux played tribute to Santana “Black Magic Woman,” adding their own spice not just sounding like your local dive bar band, the amount of musician ship and 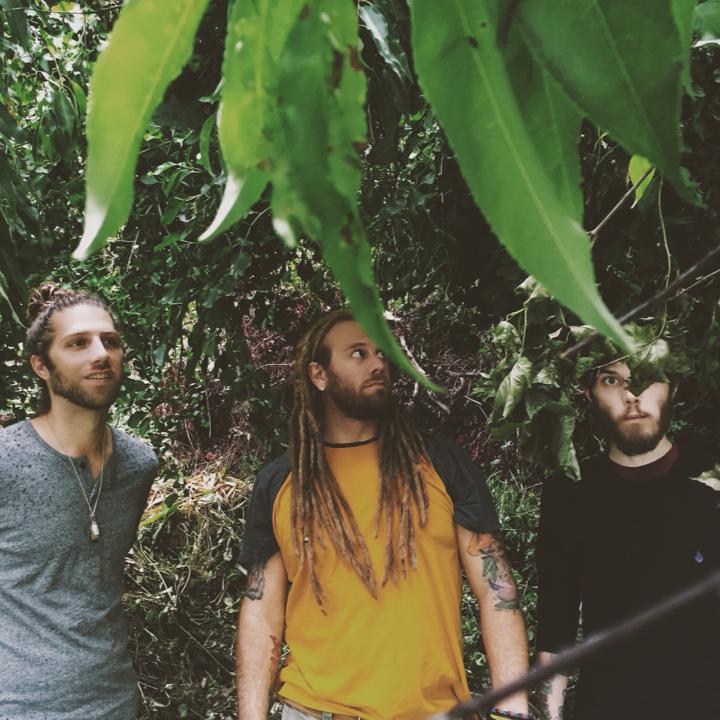 vocal harmony’s between members and creative views on songs is something I highly respect. Seeing my hometown band play in front of thousands of joyous fans was the highlight of my night, as well as seeing new fans in awe of what they were seeing.  They ended the night with the lyrics of The Grateful Dead “Join the party everyday” playing “Golden Road” paying tribute to Bob Weir and Bill Kreutzmann who were on the stage.

After Flux Capacitor, I quickly ran over to Billy & the Kids; little did I know I would be running into the my favorite Jerry Garcia Band song “Rubin and Cherise.” I could hear Tom Hamilton’s voice roaring through the pavilion singing, “If you could see my heart you would know it’s true” – a rare song to hear performed as an opener or in general.  As you probably know by now, there are a lot of Grateful Dead tribute bands in the world. Although this is great for the love of the Dead. This band stands alone in that the members come from various backgrounds, including the jamtronica scene.

They are backed by the most creative most hard working musicians in the scene, including Tom Hamilton, Aron Magner, and Reed Mathis, and amazingly creative bands like The Disco Biscuits, Brother’s Past, Electron, Joe Russo’s Almost Dead, American Babies, Tea Leaf Green, and The Golden Gate Wingmen.  The band looked beyond happy to be up there like a little kid on Christmas playing with Bill Kreutzmann. Reed Mathis’ bass lines were something that really stood out to me during the whole show infusing completely different powerful bass lines throughout each song unlike anything I’ve heard. I mean, this dude is an animal up there! Tom Hamilton has an amazing way of feeding off his band members and improvising like no other guitarist. Aron Magner not only has a great voice backing vocals, but knows when to build the song and rip it on keys and synth. They ended first set with a roaring “Cumberland Blues.”  The crowd patiently waited and I snuck up front to get the best sound possible.

Second set Bob Weir takes the stage joining Bill Kreutzmann and his “kids.” Bobby looked as fired up as ever – I knew this would be special being a big Billy & the Kids supporter. The Weirwolf was in full force opening with “Feel Like a Stranger.” Bobby’s vocals were howling to the crowd who were completely roaring. Being backed by Aron Magner, Tom Hamilton, and Reed Mathis on vocals made it a completely different experience than other bands he’s played with the harmonies in the song were carried by the “Kids” added a new element. 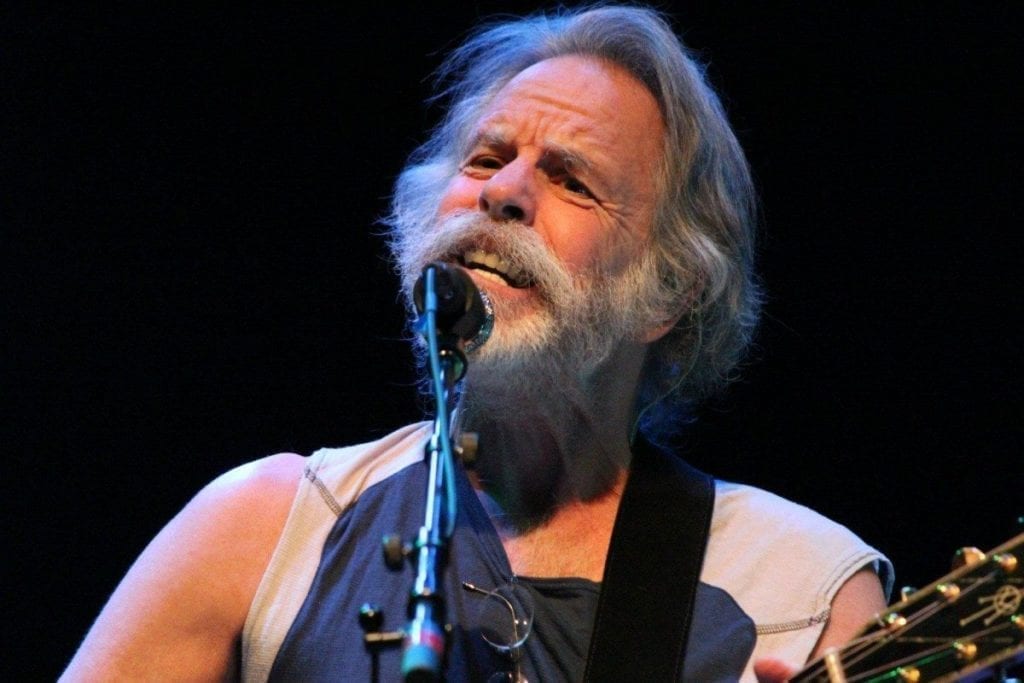 The “Kids” all have the heart for the music and gave a new life to Bob Weir and brought the best energy out of him. The proof of this was in Bob Weir’s improvising on “New Minglewood Blues” paying tribute to the “Yes and its P for Pennsylvania where the little girls know what to do.”

I have never seen as much improvising on stage with a Dead band in my life! These “Kids” are the masters of their time. Aron, Tom, and Reed had serious telepathy going on stage with Bob. They fed off each other. Tom Hamilton’s ripping lead guitar was in full force and wasn’t ego based. Each member added to the music, not took away. They let Bob shine while shining in full force themselves. I was grateful to be 20 feet from the stage for 75% of the set. I heard Sugar Magnolia and ran back to the lawn to dance with friends where the party was really taking place everyone was going nuts.

From the video channel of btragal

Hearing “Brokedown Palace” at the end of the night brought tears to my eyes, but I have a feeling this will not be the last time this line up play’s. If Bill Kreutzmann 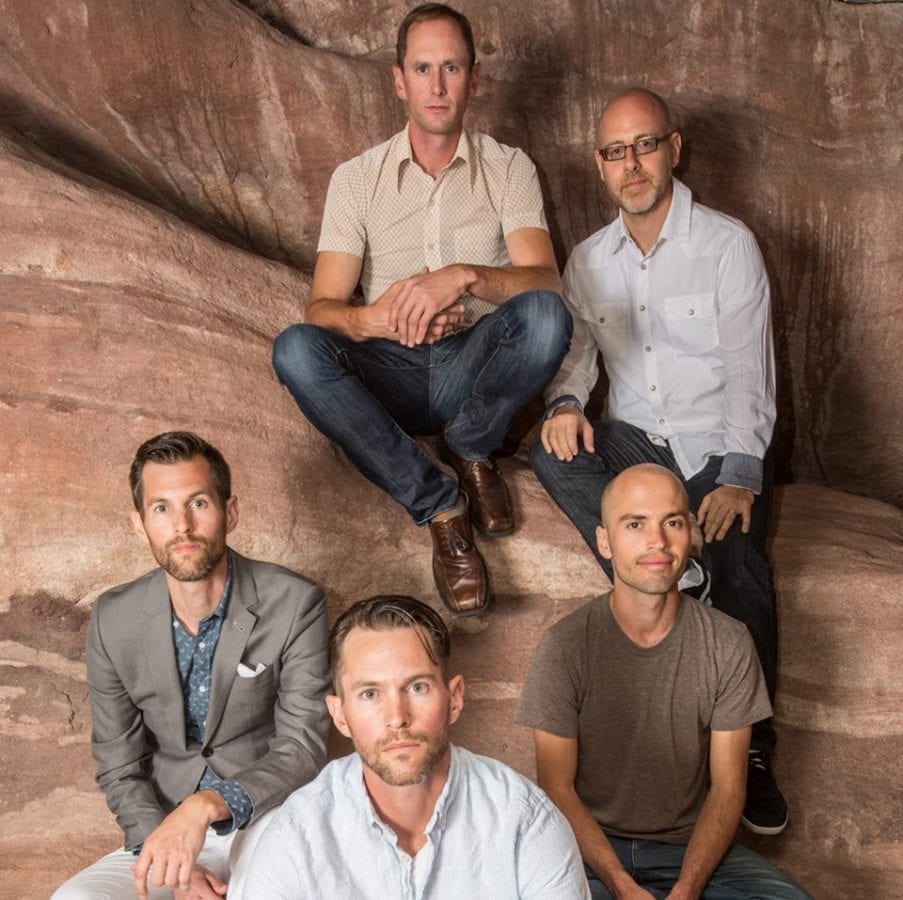 keeps bring Bobby along for rides they might end up at your nearest theatre. Until then Bob Weir will be playing as “Dead & Company”  w/ John Mayer, Oteil Burbridge, Mickey Hart and Jeff Chimenti as Dead & Company on October 31 at Madison Square Garden.

The party for me at Peach Music Festival 2015 ended with one of my favorite bands “Lotus.” I heard a couple people saying that “Mike Rempel” makes it rain w/ his guitar. I was blessed to walk into one of their funkiest tunes “Mikesnack” and a serious highlight for me.

The lights were amazing and added to the drizzled rain over the crowd. Fans of all ages gathered for this band. They have always stood out to me as having some of the most positive music I’ve heard in my life. They have serious groves infusing jazz, funk, indie, and electronic. Bringing together people of all ages. We boogied all night until the show was over.