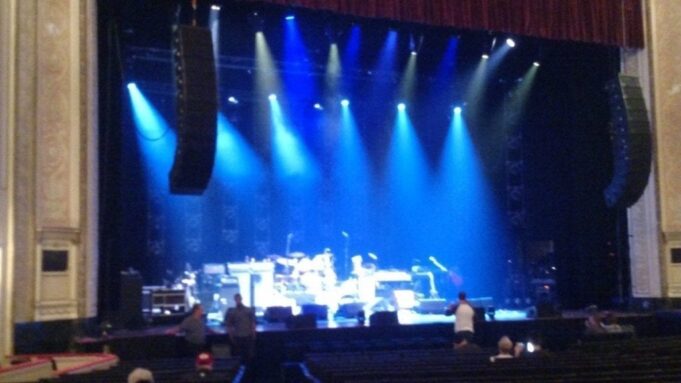 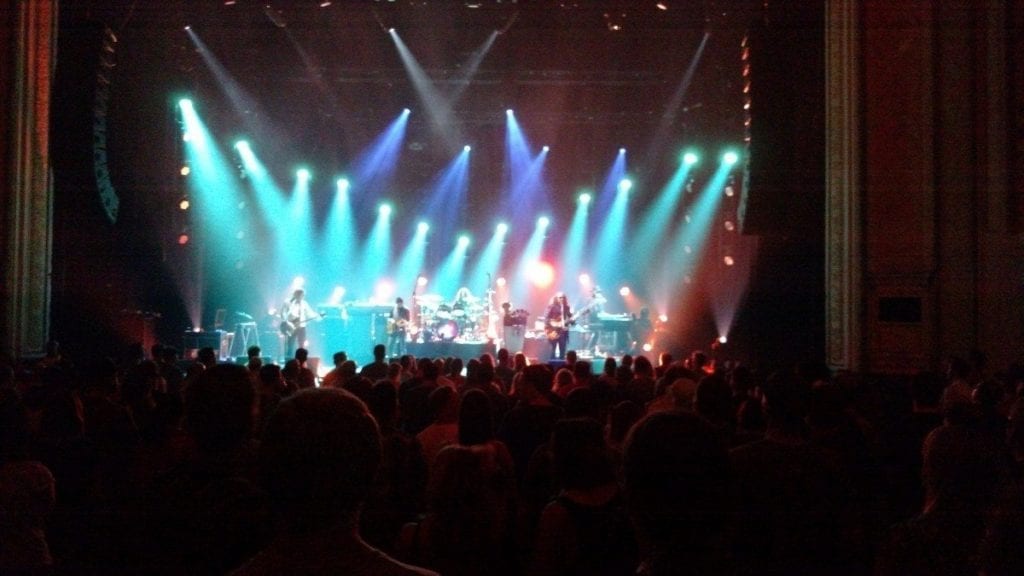 The Palace Theater is a historic landmark for the city of Columbus, Ohio.  It sits right in the heart of downtown Columbus off High and Broad Streets, about a block from the Statehouse. Columbus is smack dab in the middle of Ohio, and it also happens to be the capital city of Ohio.  I have no idea how long the theater has been there, but it’s majestic high ceilings and roaring 20’s style bathrooms make it a wonderful place to see a concert.

Night one and My Morning Jacket came out soaring, delivering a set that touched every different emotion one could possibly have.  From the flame throwing “Mahgeetah” opener, to the jammier stuff and new stuff in between, the first night was amazing.  “Steam Engine” was a highlight as Jim James sang out one of the greatest lines, “Take your money and your drugs…….”  leading to an extreme jam.  But that wasn’t all, the whole night the band put forth an energy and enthusiasm that matched the likes of early 90’s Phish or ’77 Grateful Dead concerts.  My point is that if you have never seen My Morning Jacket live you should get to a show on this tour.  They are at a peak moment in their career, where they are sometimes playing intimate 2,827 person capacity venues like the Palace.  You’ll be thankful you saw them, as I think they may be playing less personal big Amphitheaters in the coming years.

The encore consisted of five songs, listed below, “Circuital” and “I’m Amazed” being my two favorites.  My Morning Jacket is a band that evoked immense positive energy to the crowd.  They can blame their Worldwide success on that.

Floating Action, a band from Asheville, NC opened both nights.  They were a good band that sounded like MMJ during their early days.  Great songs, and the singer sounded like Brian Wilson.  The drummer was great, as well as the bassist and two guitarists. 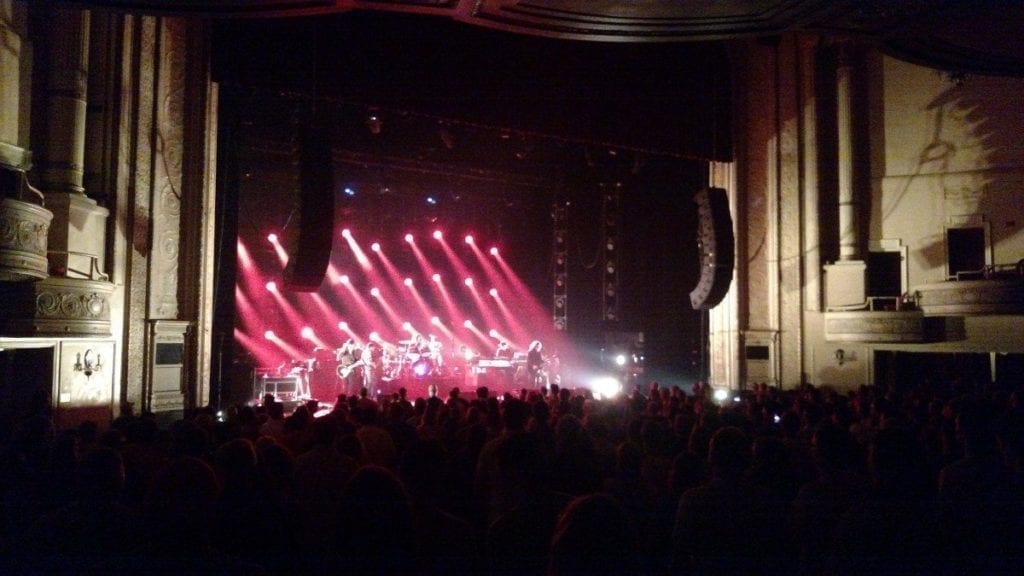 The second night I was seated even closer than the first night, and I had bought my ticket that day.  I was about 20 rows back face to face with Jim James all night long.  I got there early and waited for the crowd to roll in, checking out the first band as they hammered through some really cool originals.
But when MMJ came on, the curtain was up, and then about halfway into the song as the crowd went ballistic, the curtain dropped and the band was rocking all over the stage.  “Spring (Among the Living)” was the opener, off the new album “The Waterfall.”  It’s also the song that is played a lot on Sirius XM Jam On.  Jim’s voice was just as strong and in tune (as was the band) on night two.  “Off the Record” was a highlight of the first set, from the album “Z”(2005).  I can’t begin to explain how good the second night was, just read the setlist and research this band’s music if you haven’t already.  I’m a huge jam band and classic rock fan, so this band does all that for me.  “Evil Urges” and “Circuital” are both great albums to check out as well.  But each album is like a fine wine, the more you listen to it the better it sounds, and more hidden meanings can be found.
My Morning Jacket is from Louisville, KY.  They started in ’98 and the current lineup has been the same since about 2004.  They are an internationally recognized band with a great live show and about seven albums of great material so far.  Fans of Indie Rock, Jam Band, Pop, and even Jamtronica appreciate and respect this band.  They’ve earned what they have now, and can tour to packed audiences any time they want.  I couldn’t write this article until five days after the concerts because I had such a spiritual/religious experience at the shows.  I hope you will too.

My Morning Jacket -Spring (Among the Living) in Columbus, Ohio

Spring (Among The Living)
The Dark
X-Mas Curtain
First Light
Wordless Chorus
Off the Record
Like A River
Wonderful (The Way I Feel)
It’s About Twilight Now
Aluminum Park
I Will Sing You Songs
Knot Comes Loose
Only Memories Remain
Touch Me I’m Going to Scream Pt. 2
Phone Went West

Check out the review of King’s X by Joe Patten Check out the featured artist article on Erin Harpe and the Delta Swingers.