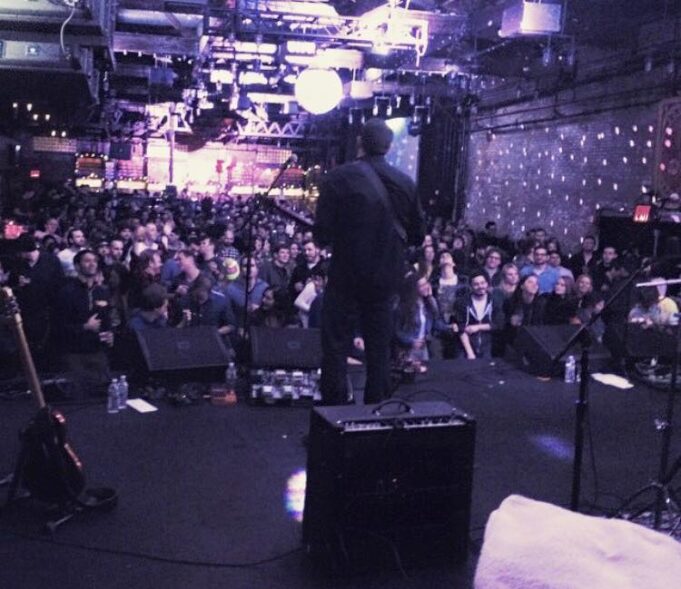 Strange Design
Gypsy Sally’s 3/20/15
by Andy Smith
Check out the Live Music News and Review.com Facebook page for updates and announcements.
There is a large difference these days between a “cover band” and a “Tribute Band.” Just covering all the songs a band plays is much different than paying tribute to a band. The word tribute is defined as a gift, testimonial, compliment, or the like, given as due or in acknowledgment of gratitude or esteem. Strange Design pays tribute, not just covers the Phish catalogue. The Baltimore area based group truly dives into the psyche and complete insanity that is any given Phish show.

On March 20th 2015 Strange Design returned to Washington DC to play Gypsy Sally’s in Georgetown, a venue they had never before played. In less than 2 years of being open Gypsy Sally’s has already gained the reputation as somewhat of a “hippie alternative” venue in DC. Recent shows like Steve Kimock’s Jerry Garcia Tribute and John Kadlecik (of Furthur, DSO, Phil and Friends and a local resident) has a six week residency there-  these shows have only solidified and vindicated the venue’s reputation in the local scene. Anyone who’s old enough to remember The Bayou or Cellar Door will appreciate the style attitude and vibe Gypsy Sally’s is trying to bring back to the DC music scene. Phish played The Bayou several times back in the day so having a Phish Tribute band only blocks away from an old stomping ground just made sense.

Strange Design’s performances are based on actual Phish shows, the band recreates concerts in their entirety. From start to finish every song that was played on whichever night they picked is played. Not only that, Strange Design emulates the same unique improvised jams Phish played the night of the performance.  The show the band picked for their return to DC was from September 18th 1999 at Coors Arena in Chula Vista California. 1999 was one of Phish’s biggest years as a band, with an extensive tour that spanned almost the entire year. The quartet capped off 99′ with a performance lasting over 7 hours straight, played to an audience of nearly 100,000 at Big Cypress in the Florida Everglades. Why SD decided to pick the show they did was not exactly clear, but no matter the reason these 4 men recreated a classic Phish show in beautiful fashion.

Just like Phish has done for years, Strange Design was the only band on the night. In typical Phish fashion the show started about 30 minutes later than it’s scheduled time, something Phans have grown accustomed to. As the band took the stage the dance floor quickly went from a loose crowd meandering about to a tight pack focused on the stage.  The mood for the night was set when the audience heard the first notes of “Tweezer,” a well-known Phish tune.  For the first couple minutes the band seemed to be slightly off from each other but that quickly changed as they got past the Tweezer lyrics and into the jam that lasted about 6-8 minutes.  The jam seemed to bring the band together and put them all on the same page. By the end of Tweezer they were warmed up and ready to keep the show going.  “Roses are Free,” one of Phish’s “modern covers” came next. A simple song with not much jamming but a crowd favorite and sing along song for sure.

The last notes of Roses were followed by a brief pause, then the classic “Duh -Dud — Duh- Duh” riff played on the guitar. It took the crowd a second to realize, but after Matt the guitarist played the same riff again the entire crowd joined in on the signature W-I-L-S-O-N chant. After Wilson was another early Phish song, “Maze”, Trey’s homage to his old dormitory at the University of Vermont. Maze brought another longer jam along with it, allowing the band to have some fun and show the crowd some of their individual musical chops.  After 4 high energy tunes the band brought down the tone a little with a nice mellow Brian and Robert that gave the crowd a chance to take a breath. The next thing the crowd knew, SD was asking if “Tiger’s sleep in lily patches?” the beginning lyrics of the Jon Fishman-penned “Tube”.  Tube came with a shorter Jam than Tweezer or Maze but still felt like classic Phish Tube jam. The first set closer was another cover and favorite of the Tennessee Volunteers, good-ole Rocky Top. Played at high tempo with no jam. The whole crowd was jumping. dancing and singing along and were left wanting more! 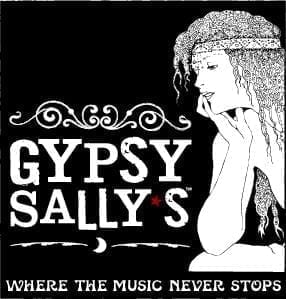 Like any typical Phish show set break began as soon as the last notes of Rocky Top were played.  A large amount of the crowd headed towards the door to go outside and smoke cigarettes or other smokable things. This set break brought a little extra excitement about 5 minutes after SD stopped playing the building’s fire alarm went off. The alarm caused the entire building to be evacuated, forcing loyal Phans to wait outside.  Turns out the night club downstairs had a fog machine for their DJ set up which set off the alarm. Thankfully it happened during set break and didn’t cause too much distress to the people who came for the show. As soon as the alarm was turned off the crowd reentered the club and were set for a killer second set.

It’s hard to come back and play after an event like the entire room being evacuated but Strange Design “surrendered to the flow” and rolled with the punches. The beginning of the second set again brought a little shakiness from the band. Perhaps the fire alarm or longer set break threw them off. The start of Boogie on Reggae Woman came off a little sloppy until, like the opening Tweezer, the band found themselves in the jam.  Boogie On would be the longest of the entire set almost spanning 20 minutes, with a jam that contained ups downs, in and outs, tempo changes and classic Phish-style jamming.  After a thorough exploratory jam the band was again all warmed up for a fan favorite, Meatstick.

SD played homage to “the boys” by having a few Phans come up and do the Meatstick dance with them (though they couldn’t get any girls to come on stage). The crowd still loved it and everyone was back on the same page after the fire alarm incident. Free came next in the set and brought lots of energy. The Free jam allowed another opportunity for the band to show off some of their individual musical talents. From Free came Bouncin Around the Room which served like a Brian and Robert from the first set to bring things back to reality and give the room a break. A break that was much needed in order to save some strength for the next three songs.

Any Phan would love to hear the next 3 songs as the set closer. Adam, the drummer, kicked it off by hitting the wood block prompting the band to chant H-A-R-R-Y. This time the audience caught on immediately and responded with the appropriate H-O-O-D chant as the band busted into one of Phish’s longest songs, even without jams added.  The Harry Hood cover was played beautifully.  I even closed my eyes for a second and it felt just like any other amazing version of Hood that I have seen Phish perform multiple times live.

The next of the three ripping set closer songs was another favorite cover of Phish, though rarely seen these days, Frankenstein, the epic Edgar Winter composed rock anthem! Any Phan would’ve been just fine with having that as the set closer. Just when it seemed Strange Design was wrapping it up, out came a mind-blowing Cavern. Another great sing along short Phish song that pumps tons of energy and brings out pure unbridled enthusiasm from the phans. Cavern was played beautifully and very much appreciated by the crowd at the end of the second set. 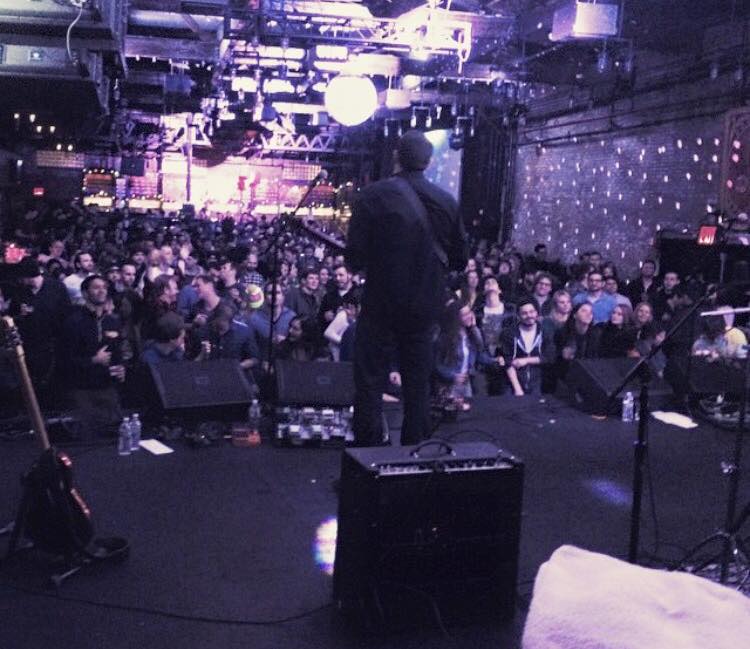 At this point anyone who stuck around for the encore, which was most of the crowd, they knew at least one of the songs to come. Few probably knew the other song of the encore which comes with mixed reviews from most Phans. The goofy almost nursery rhyming sounding Contact started the encore, but SD was able to play a well crafted jam onto it which in my mind actually saved the song from itself. And then came the song most Phans knew were coming since literally the first song of the first set. Tweezer Reprise squeezed out that last bit of energy that both the band and crowd had left and brought the night to close in great Phish form.

To be a tribute act for a band that still currently tours is no easy thing to do. The massive amounts of Grateful Dead cover bands owe their success to the loyal cult-like fan base and the fact that The Grateful Dead will never play with its original members again.  Phish’s Phans are not too far off from Deadheads, the difference being the latter’s additional grey hairs.  Phish just celebrated their 30th year much like the Dead is celebrating it’s 50th year this year. The future of Phish is one we will never know based on the band’s past, but no matter if they stay together forever or break up next year there will always be people playing their music. The fact that Strange Design is still touring and is selling high numbers in major cities across the country just proves the love Phans have for Phish’s music. Strange Design’s performance was a testament to Phan dedication and truly appreciated by everyone in the room that night.