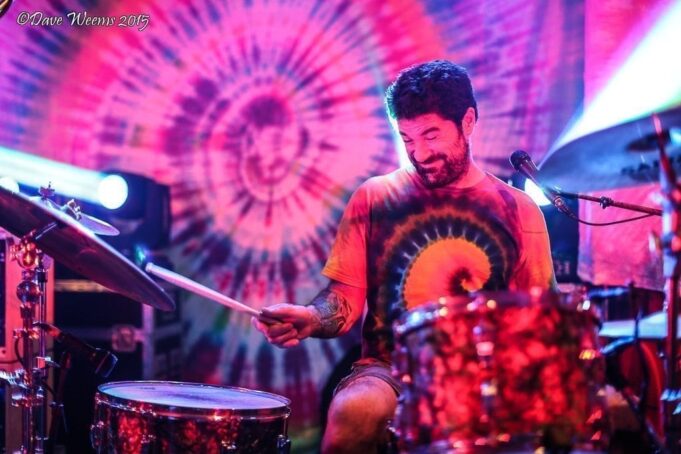 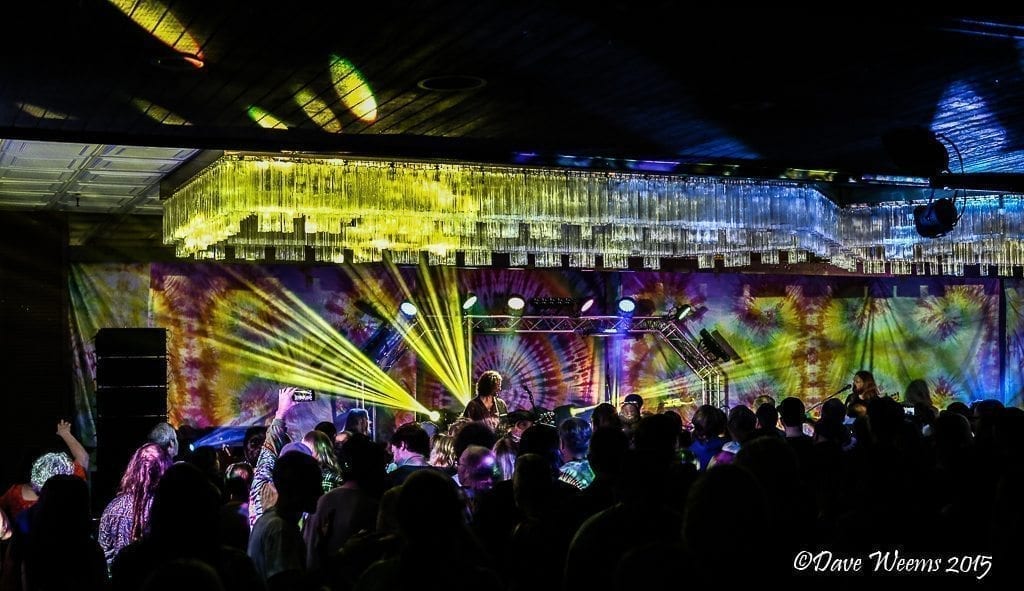 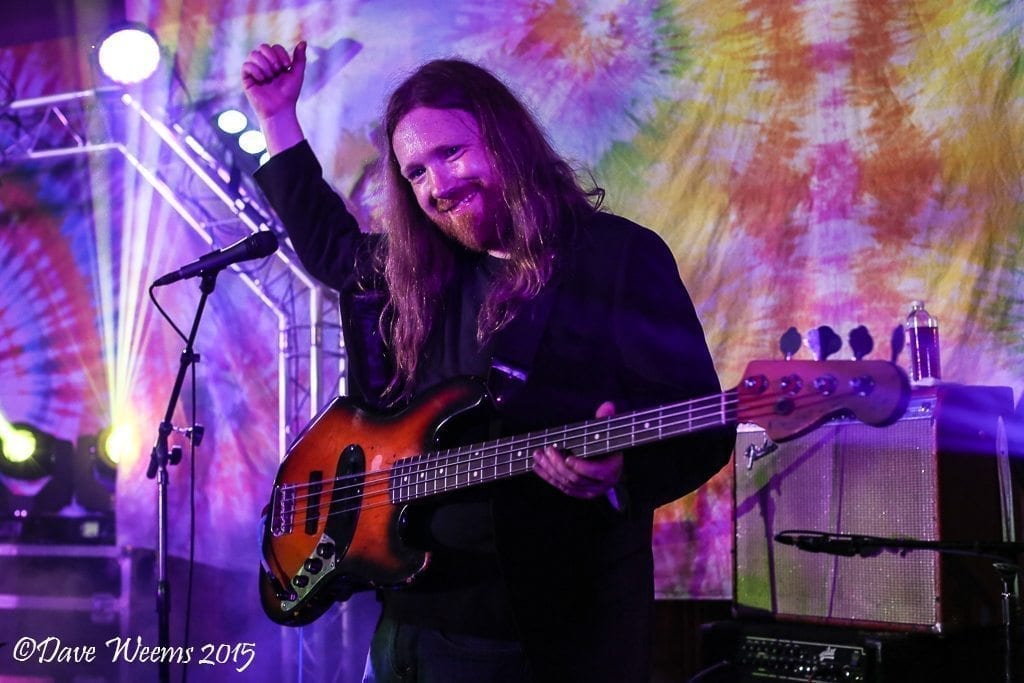 The ballroom was exactly as I pictured it,  large enough to be a big party but not crowded really at all.  The backdrop was beautiful resplendent in tie-dye and a screen on each side of the stage.  The visual impact was really a great supplement to a fantastic show.

It was the first time I’d seen Cubensis and I was stoked about how they sounded.  I knew that they were a Dead tribute but that can cover a lot of different ground these days.  I was stoked that their particular take on everything was non specific, they didn’t try to emulate the exact sounds but were rather using the songbook for their own joyful purposes.  I caught a bunch of different tunes and styles during their set which included Black Throated Wind, Cats Down Under the Stars, a rousing China Cat and more that I didn’t quite catch all of while I wandered around and got acclimated. 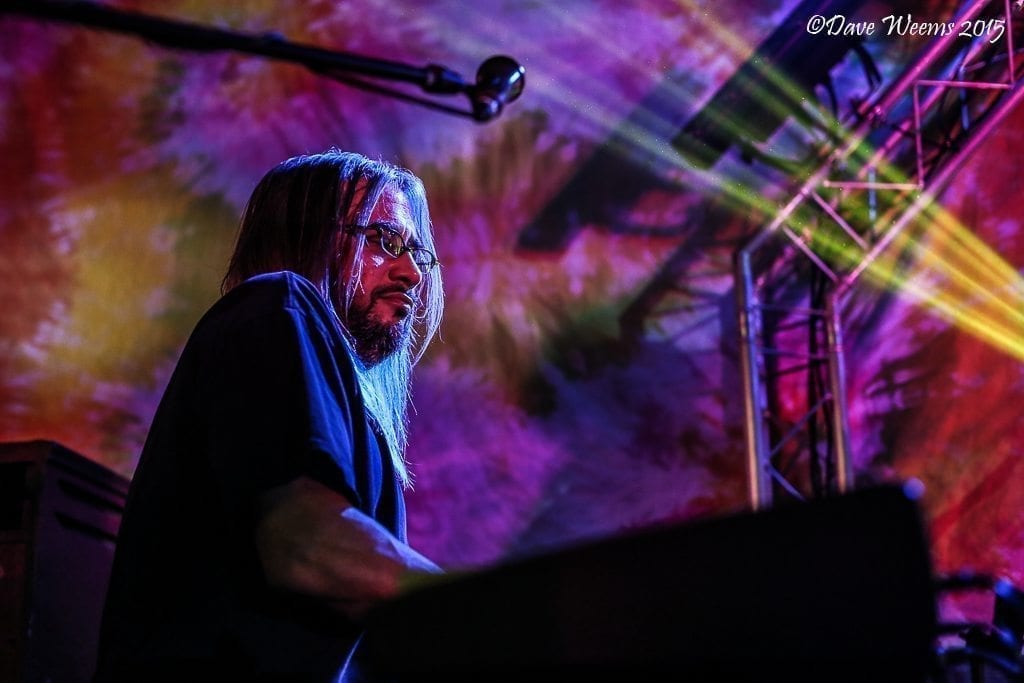 Golden Gate Wingmen took the stage and fired off a rousing Not Fade Away to open. Sister Smiles was up next, and a tune I hadn’t seen before called Tin Roof Shack, both sung by John Kadlecik.  A mid set Bird Song was lengthy and showed the depth and breadth of the jamming that these cats are capable of producing.   Van Morrison’s Dweller on the Threshold was strong and showed that this group is willing to take inspiration from many different places.  Kadlecik’s originbal Great Vehicle closed the set and was very strong.  The whole vibe of the first set was very up and joyful.

The band took a set break and came back with a vengeance. 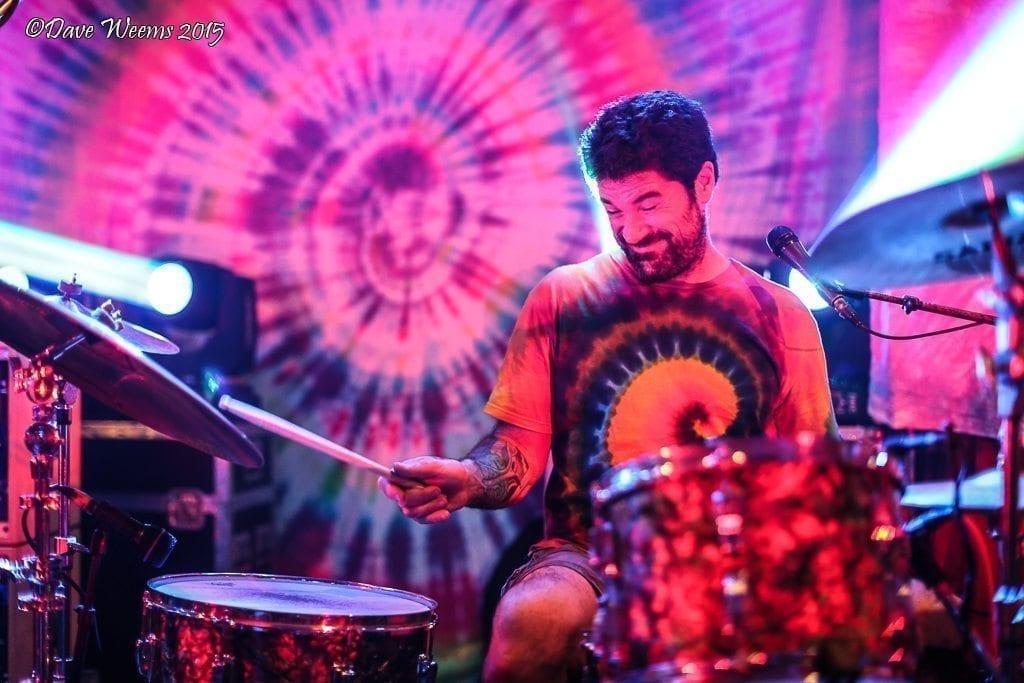 The set began with a dark jam that eventually led into a spirited Dark Star.  In the middle of it the band sounded as if they were 30 minutes into the set though it was only a few moments after liftoff.  The interplay onstage as the band spoke a musical language together, a converstaion that was deliberate, varied and fascinating.  They came out of the front half of Dark Star into Desert Trance, a song penned by John Kadlecik and Bob Weir.   John’s energy level real picked up during the chorus “It’s time to make it happen..”  The band brought it back to Dark Star to play the second half so it was a great sandwich of older and newer material. 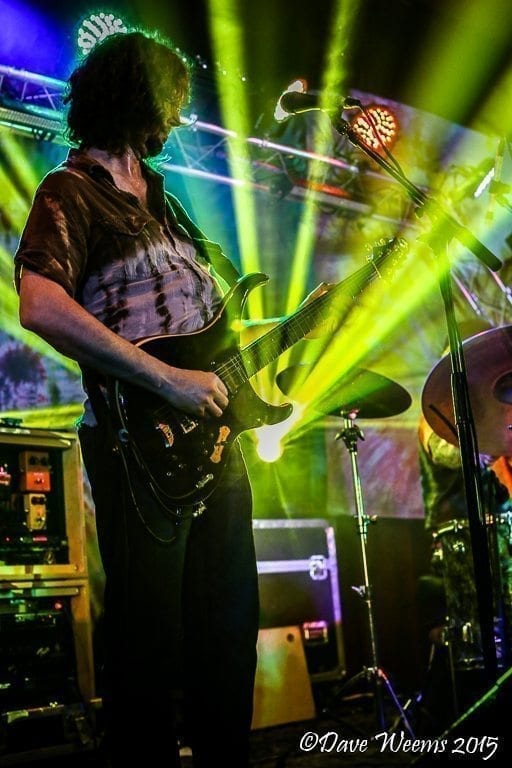 Another Van Morrison tune ended what was a brief second set, Alan Watts Blues with vocals covered by Reed Mathis.  After a short time off of the stage the band bumped up against the curfew with an encore, a community inspiring Ripple.  It was a little more energetic than I am used to with that song, with the band really vibing on each other.  Jay Lane in particular was putting great hits into the rhythm as the vocals were climaxing.  I ran into him in the lobby the next day and asked him about that rhythmic section, as it felt gospel / tent revival inspired to me.  He responded that he was just “hamming it up.”

It worked, as did the rest of the show big time.  I am fully ready for round two!!

Set 1:
Not Fade Away
(The Crickets cover)