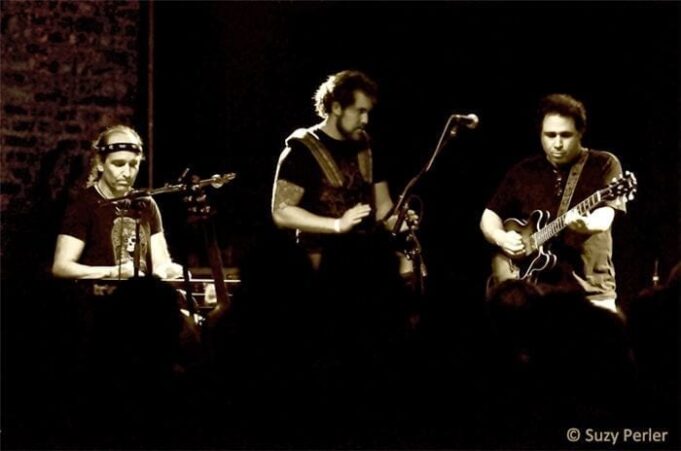 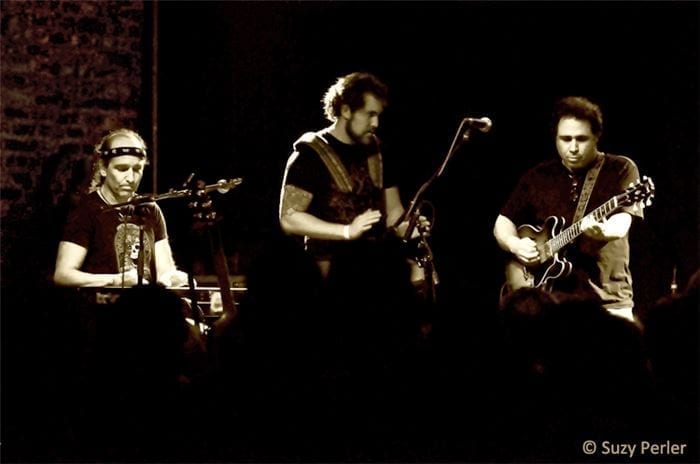 “Before there was a jam band scene, there were The Zen Tricksters…”

The Zen Tricksters will be bringin’ the jam to The Brooklyn Bowl on January 6, 2015. For almost thirty years, the Zen Tricksters have been playing Grateful Dead covers and jam band music, as well as derivative original songs. The band started out as the Volunteers, playing small venues around New York’s Long Island. At its core, the band has been composed of Jeff Mattson on lead guitar and vocals, for most of its history, Tom Circosta on rhythm guitar and vocals, and Klyph Black on bass and vocals. Over the years, the Zen Tricksters have gone through several lineup changes, which have included female singers. Both Jeff Mattson and one of their former members, keyboard player Rob Barraco, was called to play with Phil and Friends for three shows in October 1999, and Rob continued to play with Phil Lesh and Friends, and with such groups as the Dark Star Orchestra, the Other Ones, and the Dead.

The current line-up of the Zen Tricksters will include Jeff Mattson, Rob Barraco, Klyph Black, Tom Circosta and Jennifer Markard.  In 2006, the band began touring with former Grateful Dead singer Donna Jean Godchaux MacKay as Kettle Joe’s Psychedelic Swamp Revue, with Drummer Joe Ciarvella. In late 2006 the band changed drummers and formed Donna Jean and the Tricksters. In 2009 the

band morphed into the Donna Jean Godchaux Band and it retained Jeff Mattson. The Zen Tricksters went on hiatus from touring but are reuniting for this special show.

This superbly talented Rock/Jam band  play in both electric and acoustic formats. The Tricksters have a huge working repertoire that ranges from their tuneful and well-crafted original pieces to traditional bluegrass and hillbilly jazz classics, to Grateful Dead, Dylan, Neil Young, and inventive interpretations of any and all songs that catch their fancy. Winners of the Relix Magazine Jam Off (one of ten winners chosen from over 200 band entries), The Zen Tricksters are not only renowned for the trademark jamming ability they have displayed for over two decades, but also for their inspired songwriting. This band will rock you, psychedelicize you, make you cry, and pick it with the best of them!

The band has three studio CDs, The Holy Fool, recorded in 1996, A Love Surreal, 1999, and the brand new Shaking Off the Weirdness, 2003. This CD features ten original tunes, including new titles such as High Horse and Sleepwalking, plus staples of their live shows Light of Life and The One. It also boasts a colorful roster of special guests including former Trickster and current member of The Dead and Phil Lesh & Friends, Rob Barraco, Buddy Cage from the New Riders of the Purple Sage, Jason Crosby, former ZT who also plays with Oteil & the Peacemakers and Susan Tedeschi, and Tom “Banjo” Hanway.

The Tricksters play many local New York area gigs, but inevitably winds up back on the road again. This is their life and it is what they love. Jeff is very proud of the fact that he has never made his living in any other way but music. “Road life,” he says “very much embodies the yin-yang of life. You trade the long hours of traveling and tedium day after day for the supreme pleasure and sheer love of making your own kind of live music night after night.” That is quite obvious at any Zen Trickster show–you can hear their love of their art in every performance they give.

Past performances have ranged from the Big Apple Bluegrass Festival to the Seattle Hemp Festival. Over the years they have made quite a name for themselves playing such noted events as the Oregon Country Fair and the Pig Nic, New York’s Gathering of the Vibes (this year makes all eight years of its existence), California’s High Sierra Festival, the Seattle and Eugene Hemp Festivals, and the Poconos’ Gathering on the Mountain. They were a staple act at New York’s venerable Wetlands Preserve, closed in 2001, and played there more times than any other band in existence! They have shared the stage many times with the David Nelson Band, most recently at several festivals during the summer of 2002, and pedal steel guitar player, Barry Sless, who also played on A Love Surreal, is a virtual Trickster. They have played with Peter Rowan, Vassar Clements, Derek Trucks, Mike Gordon, Tom Constanten, String Cheese Incident, and Kenny Kosek on several occasions, and have also shared the stage with the JGB, Suzanne Vega, the Jefferson Starship, the David Grisman Quintet, and more. Their music has been used on MTV, WABC’s Alias, and WB’s Felicity. The Zen Tricksters are proud to be a Homegrown Music Net member band.

The Brooklyn Bowl redefines the destination entertainment experience. “One of the most incredible places on earth,” according to Rolling Stone, Brooklyn Bowl integrates a premier performance venue, food by Blue Ribbon, bars which feature local craft brewed beers, and 16 bowling lanes which give guests a unique place to relax, eat, drink and watch a performance. Brooklyn Bowl is located in the former Hecla Iron Works (built 1882) and was the first L.E.E.D. certified bowling alley in the world.

Doors open at the Brooklyn Bowl at 6 pm, with the Tricksters going on at 8. The room is 21+.  For tickets, CLICK HERE.