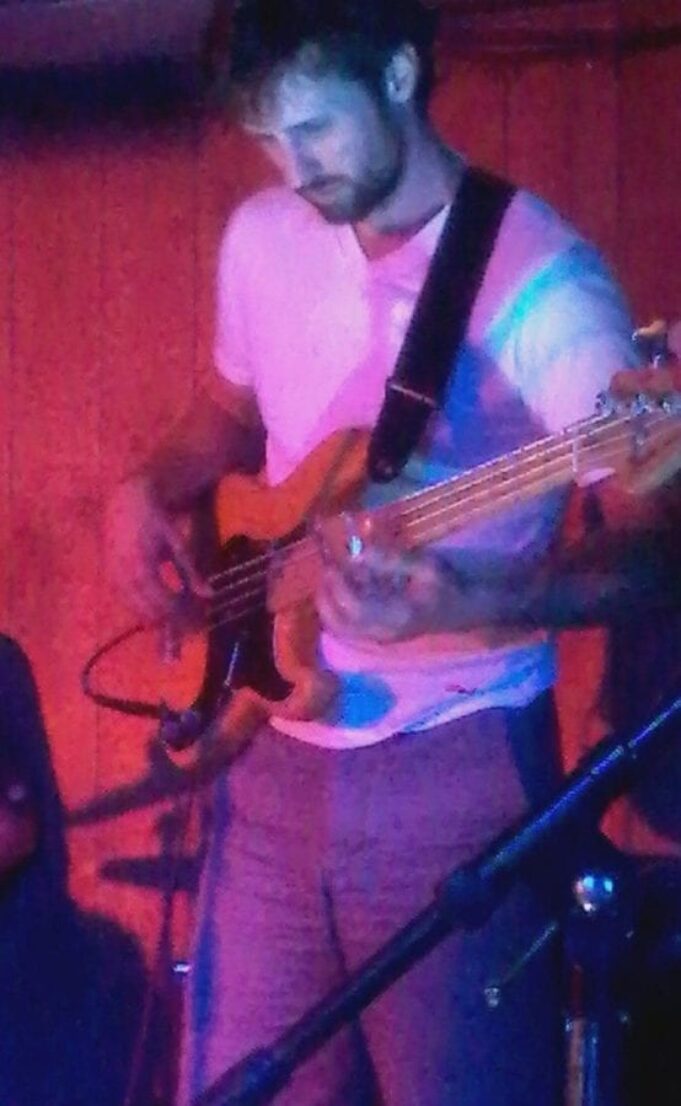 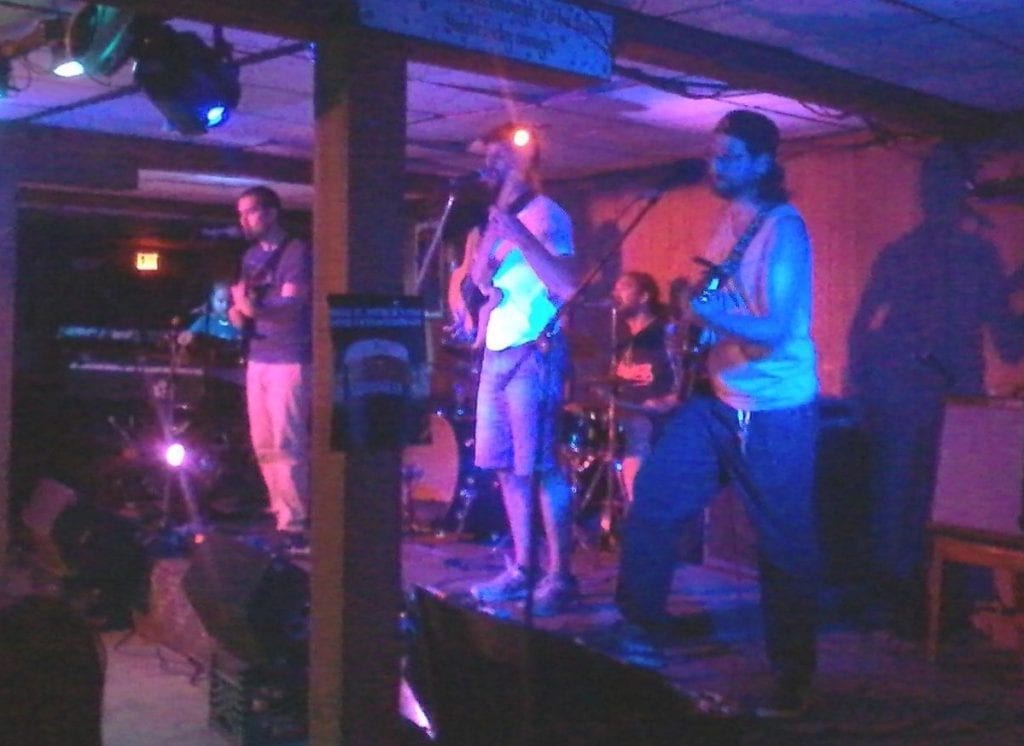 It was not without a certain sense of trepidation that I headed to Narragansett Beach on Friday morning, 8 August.  Hayley Jane and the Primates, not my “newest” favorite band but one I never miss if I can help it, were playing at Nectar’s in Burlington.  This is a must-see for me.  I was REALLY excited to learn that they would be there, and I auto-planned it with nary a thought otherwise.  However… I had just recently been on overnight traipse-about several times in rapid succession, and I was beat.  I had just been up to Burlington, a 3.5-hour drive (four if you stop for coffee or its out-flow), and I had just seen HJP recently, but hadn’t checked in with the Van Burens in a while.  Tough choice!  I decided to take it easy on myself by having a beach day before hitting Quincy.  Besides, this is the VB’s actual home-town, and a rager might ensue -or at least a visit from some of their parents, people close to my own age…  So, feeling somewhat conflicted but trusting that all things work together and it’s all not that important anyway, I made my choice.  While I’m sad to have missed Hayley Jane at Nectar’s, I would not, could not -no, never- say I regretted seeing the Van Burens.  Actually, this might the “newest” of my favorite Boston bands.

We’ve got some new tunes tonight, and a cute cover of “We Can Dance” complete with cockney accent. 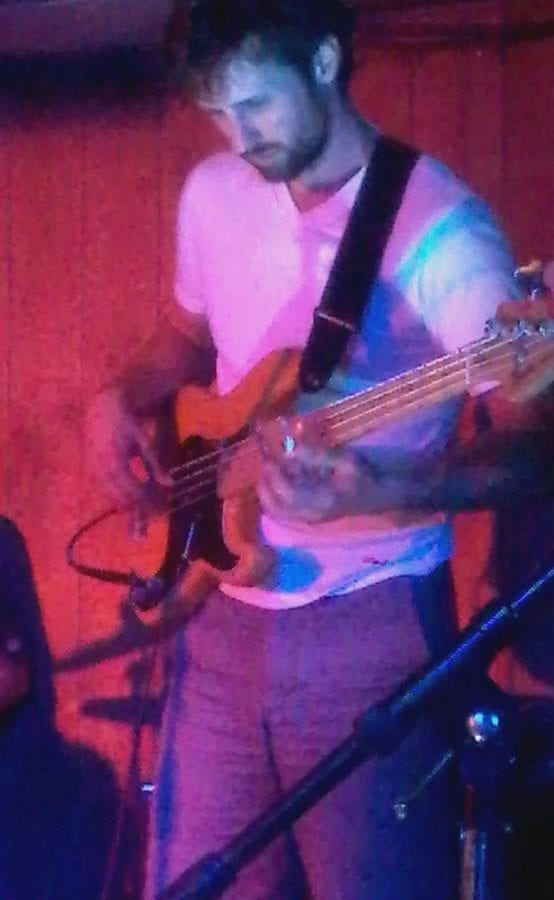 Greg Smith plays guitar with his mouth like Robin Trower, mouthing the wah sounds, which I never noticed before. At times all of the members of the Van Burens sing, and at times they all sing five different parts entirely, different words and harmonies, which is amazing, and complicated.  Not even the Moody Blues sang five parts!

These guys have a whole repertoire of covers in their pockets; I’ve heard them do “Let’s Dance” and “Take Me to the River” (bringing in the funk connection between Al Green and Talking Heads), and they totally OWN those songs, and tonight they threw in the Men without Hats number.  I had no idea they could churn out the familiar ol’ dance tunes.

The second set starts with a reggae beat and Emmett McGee Knox singing “Ronald Reagan,” then goes into some actual, old-tyme ragtime before calling up the Lizard Queen, Nicole Henley. She adds a rather sultry vocal to their “Leave This Town,” then happily hops off-stage and merrily, downright gleefully in fact, dances to the jammy “Jeffrey’s World.” It turns out she’s really just leading the charge, as the dance floor fills up pretty quickly… There’s a solo section in the middle of this song where Emmett, the bass player and the closest thing this band has to a front (or center) man, reaches down and fiddles with some switches on his pedal-board. This time, though, he comes up with his rocks glass in his hand and plays… slide? Sure, he’s playing slide bass. These guys are fun! And innovative…

Nicole comes back to sing the lead on a Bob Marley song, “Could You Be Loved,” sharing a rap with P. Bear (Matt Spitz), the drummer, before Smitty whips out a sweet lead. What follows next was a tight jam leading into “Lee Harvey.” 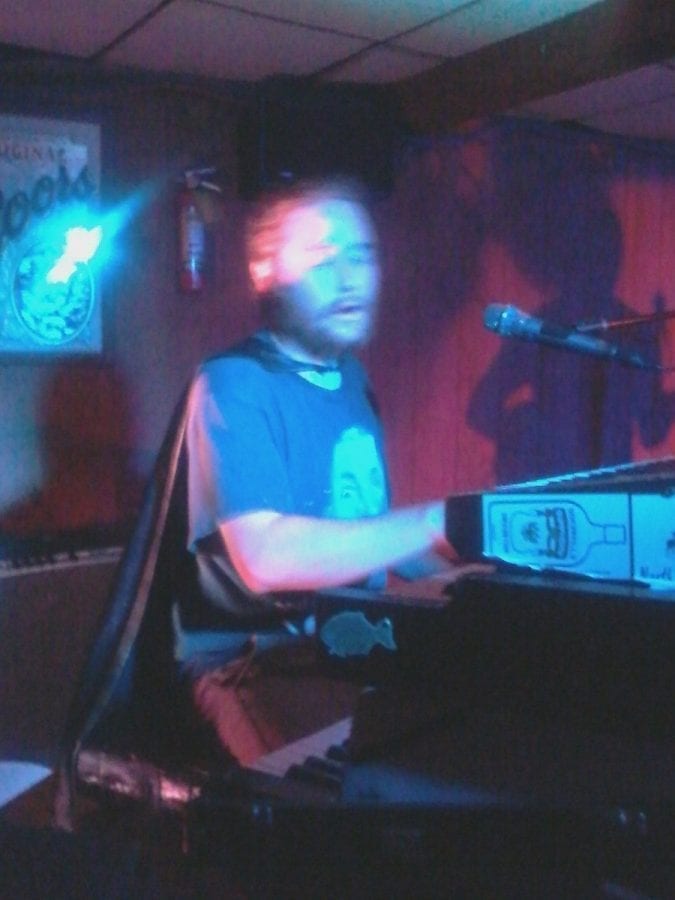 First, though, the listener is carried through a five-minute improve that might or might not be “Shots in L.A.” or some other instrumental, finally culminating in a deconstruction section that damn near sounds like it’s gonna fall apart, then picks up with “Lee Harvey’s” wah-wah intro.

“Washington,” about George and his multiple appendages, sounds like an out-take from Presidential Lovefest turned crowd favorite.  It’s an amazing punk-funk-rap/mash-up that lets everybody have a turn.  It’s hilarious and hard to follow the action, but not the words.  Another instrumental follows, a driving, fusion-based number.  An old Talking Heads song, “This Could Be the Place,” gets the VB treatment by way of an innovative slide in the hands of Greg Spitz, filling in for the synth in the original- not that there’s any need, Jeff King is more than handy at handling the keys.

Every time we hear something unique and interesting, sometimes sounding like a flute or some sort of electronica, look to the short-haired dude and see if he’s got that acrylic cylinder on his finger.  As David Gilmour would take the steel guitar in a proggy and atmospheric or sweet, clean, and pure direction, so it goes with this Greg and his Stratocaster with slide applied as a tool, not a device or an easy way around a sound.  The other Greg is equally amazing with his pretty Paul Reed Smith model, often reminding one of a reserved Robert Fripp as he innovates in his own ways.  And Jeff, the “Pizza King” is always there on keys, grinning like a Muppet, issuing fiery solos or gentle backdrops.

The set closes with some good-time musical nastiness which was lyrically objectionable as well. 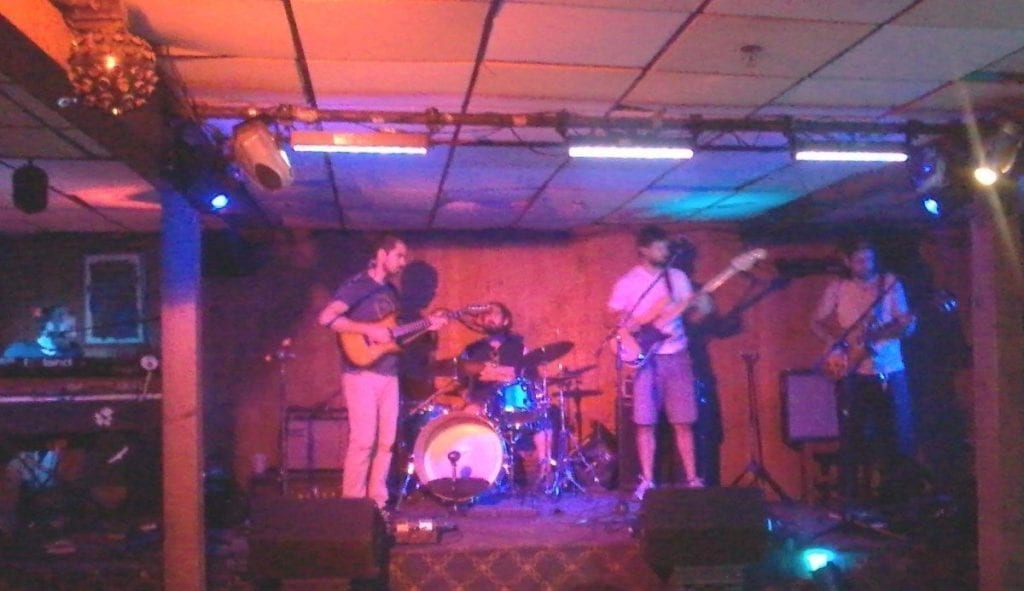 These guys do that every now and then, but they pull it off.  They get away with a lot, cuz they’re cute.  Fans dig it.  They pulled an unexpected encore, “California Love” by Tupac/Dr. Dre.  Whaaat?  Yep they did.

The Van Burens next at appear in the Boston Metro (no, really!) at

Then on Saturday the 16th, they do a double-header at Carmen Verandah in Bar Harbor, Maine – an afternoon lunch set, and again after dinner… this is reportedly one of their favorite gigs and a whole lot of fun for all!

Check out some Van Burens from Jerry Jam 2013: