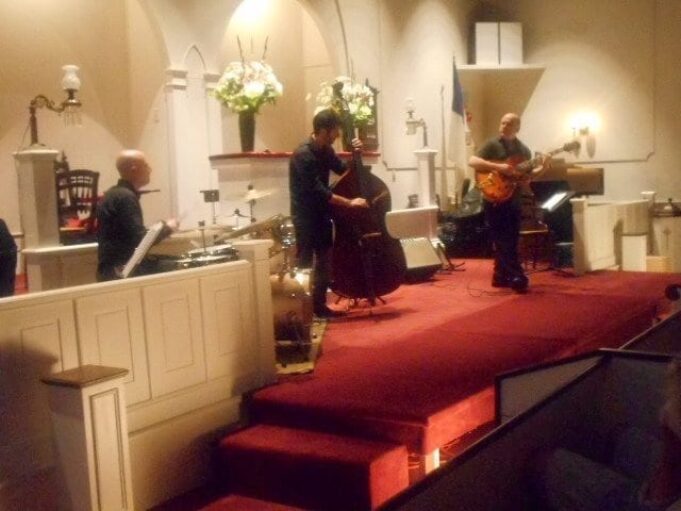 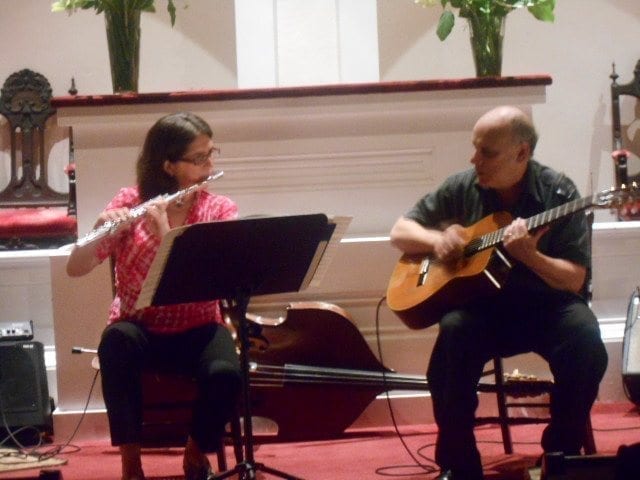 This is beautiful… absolutely beautiful!  My first thought as I pulled up to the Plainfield Congregational Church was that there were a lot of cars here.  I hope they get as many for Sunday services; the lot is overflowing.  Walking their dog, the neighbors didn’t seem to mind my wheels on their lawn.  Upon entry, I found the church to be at least half-full.  I counted just about a hundred reverent souls in attendance.  The lovely sounds of flute came to my ears even from outside, and classical guitar became audible as I entered the building. 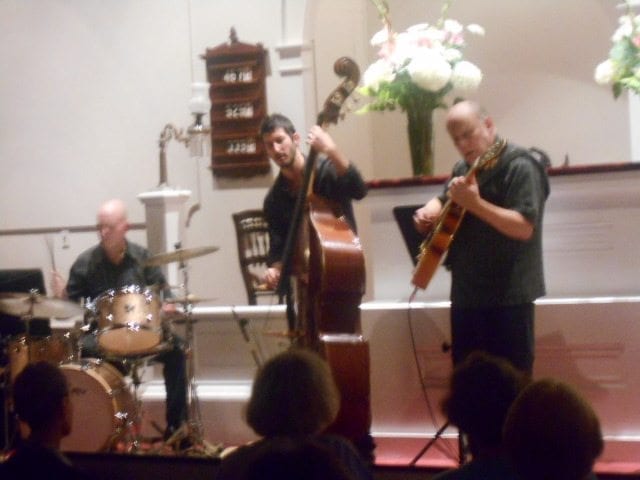 The venue is a little country church, and so an atmosphere of calm austerity, connected to a similarly calm and respectful audience, accompanies this small-ensemble performance by Duo Fusion. Joe Belmont, of Viva Quetzal, plays guitar and Sarah Swersey, a classical artist who branches into jazz, plays flute.  The light is even calm and low, as dusk is settling outside and just enough lights are in use to illuminate the stage (altar); as it grows darker outside and dim within, the air is pleasantly subdued, even when the last selection in the first set, a suite composed by Joe over the last year, picks up in tempo and gets a little “sassy.”

Earlier in the set, Joe Fitzpatrick joined on cajon, a percussion box rarely used to such good effect as in Fitzpatrick’s capable hands.  The set, lasting just about an hour, ranged over a nice spread of light, slightly jazz-infused classical pieces and a pop number arranged for the occasion. 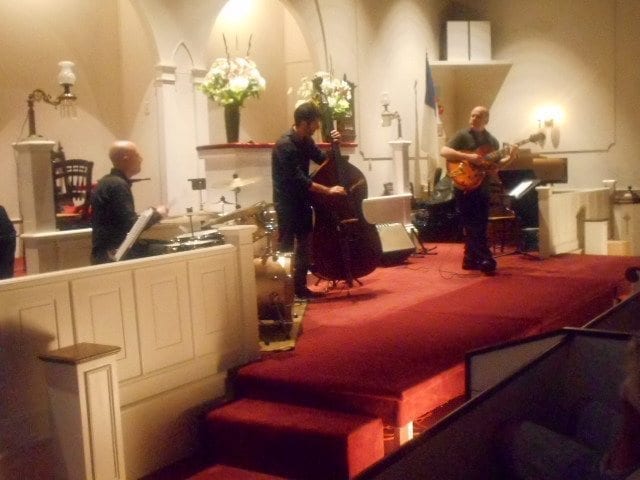 An intermission allowed for a quick chat with the two Joe’s and a brief introductory trial of the cajon, at the insistence of a lovely (and lively, considering the surroundings) local woman named Nancy.

The second set featured jazz- lovely, three-piece jazz.  Joe Belmont switched to beautiful electric jazz guitar; Joe Fitzpatrick sat down at the drum kit, and Jason Schwartz joined on string bass.   They started with a pair of Belmont originals, followed by Chick Corea’s “Sea Journey” made into a contemporary classic by Pat Metheny, and went to a Duke Ellington brace, “In a Sentimental Mood” and “Take the A-Train.”  The bassist and drummer each took a couple of short solo sections, and it was noticeable how very appreciative the audience was.  In an otherwise taciturn environment, one notices authentic enthusiasm as shown by appropriate applause in all the right places, especially when it continues beyond the merely obligatory.  It was a nice touch, indeed!

Duo Fusion (the flute and guitar pairing) returned for an acoustic fusion finale of sorts, with Leonard Bernstein’s “Some Other Time” and the lively 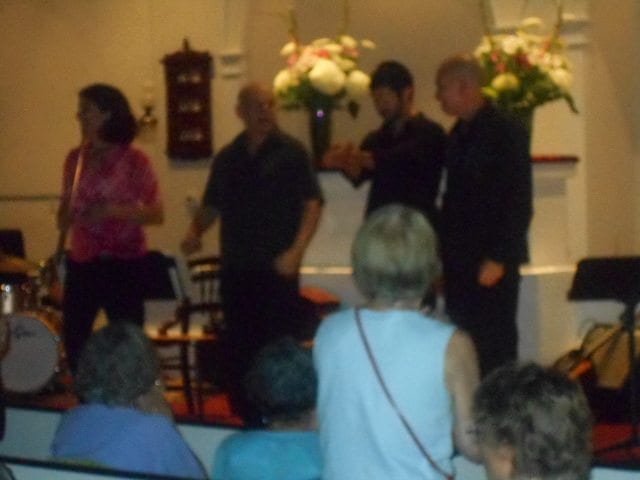 Sanchez/Quintero “Diablo Rojo.”  Another forty-five minutes or so had passed in heavenly good taste here in this little country church, and a standing ovation was the right way to end the show.

This particular concert was the third in a series of four, with the next and last taking place two weeks hence, on the 25th of August.  It looks to be a chamber music program.   The whole affair is hosted by the Wisteria Chamber Music Society with David Perkins, Artistic Director.  The Congregational Church is right in the center of Plainfield MA, on Route 116.

You too can submit reviews and stories at [email protected]